The Best Museums to Visit in Kiev 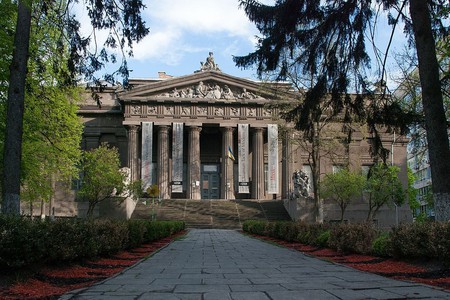 It’s a fairly common phenomenon that travelers are eager to visit all the possible museums when visiting a country. It is a great way to learn the local history, admire the art, and discover interesting facts and cultural peculiarities. Thus, if you’re planning your trip to Kiev in the near future, here’s a review of the best museums in the Ukrainian capital.

National Museum of the History of Ukraine 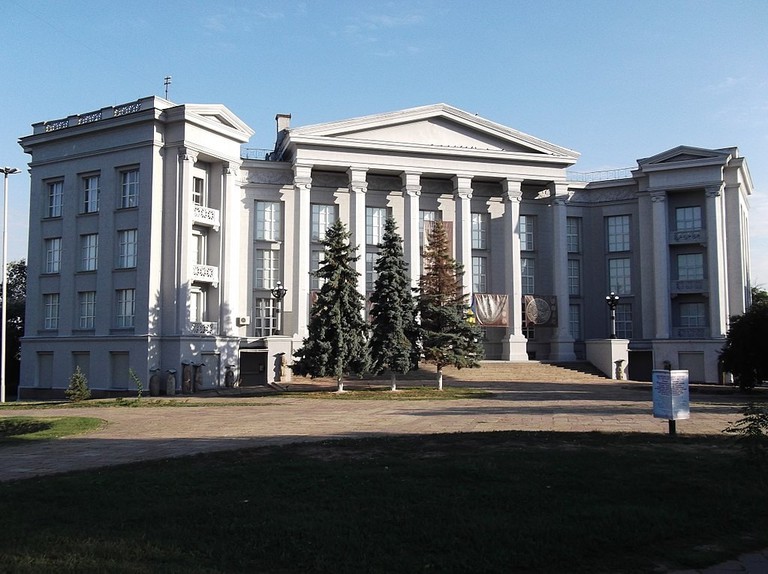 National Museum of the History of Ukraine | © Mister No/WikiCommons
If you want to know about the history and development of Ukraine as a state, the National Museum of the History of Ukraine is the right place to visit. The museum’s exhibits represent the stages of the evolution of society on the territory of Ukraine, from antiquity to the present day. The most engaging part of the museum is a holographic exhibition, which comprises 30 holographic images that cover a historical period of 8,000 years. The museum also exhibits valuable collections of archaeology, firearms, ethnographic items, numismatics, and porcelain.
Open In Google Maps
2 Volodymyrs'ka St, Podil's'kyi district Kyiv, 2000, Ukraine
+380442784864
Visit Website
Give us feedback

Museum of History of Kiev

In the Museum of History of Kiev, the most historically valuable and at the same time unique facts are collected. It is the main museum of the capital, devoted to its secrets and peculiarities. It is a place where one can take a brief excursion into the history of the city, which is so often described in school textbooks. The museum is equipped with modern technology and tablets, from which you can learn more with the help of a game in several languages, including English. 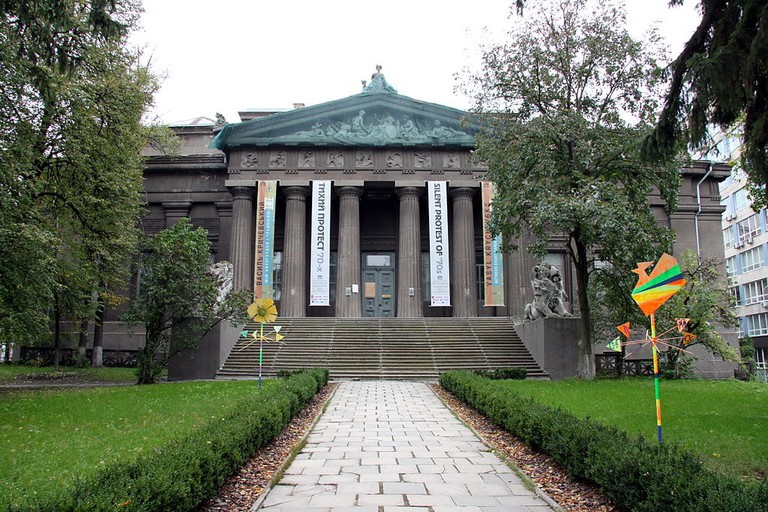 National Art Museum of Ukraine | ©Wadco2/WikiCommons
One cannot bypass the National Art Museum of Ukraine, as it is located two minutes away from the Khreshchatyk – the main promenade street of the Ukrainian capital. Its history began in 1899, and it became the first public museum in Kiev. The building is constructed in a neoclassicist style and serves one of the city’s main architectural monuments. During its existence, it has collected a fantastic exhibition of works by Ukrainian painters, sculptors, and graphic artists, beginning with the works of the 12th century.
Open In Google Maps
6 vulytsya Mykhaila Нrushevs'kogo, Pechers'kyi district Kyiv, 1001, Ukraine
+380442781357
Visit Website
Give us feedback

Museum
Facebook
Email
Twitter
Pinterest
Copy link
Share
Map View
Despite being quite small in size, the One Street Museum is one of the most popular tourist places in Kiev. It is devoted to the Andriyivskyy Descent, which holds many legends and was a creative cell of the local bohemia in the 19th and 20th centuries, thus earning it the nickname of the “Montmartre of Kiev.” A large portion of the museum’s exhibits are dedicated to interesting stories, and city fables, related to its famous landowners, such as prominent writer Mikhail Bulgakov. There’s also an interesting collection of documents, manuscripts, autographs, vintage postcards, and photos.
Open In Google Maps
2Б Andriivs'kyi descent, Podil's'kyi district Kyiv, 4070, Ukraine
+380444250398
Visit Website
Give us feedback 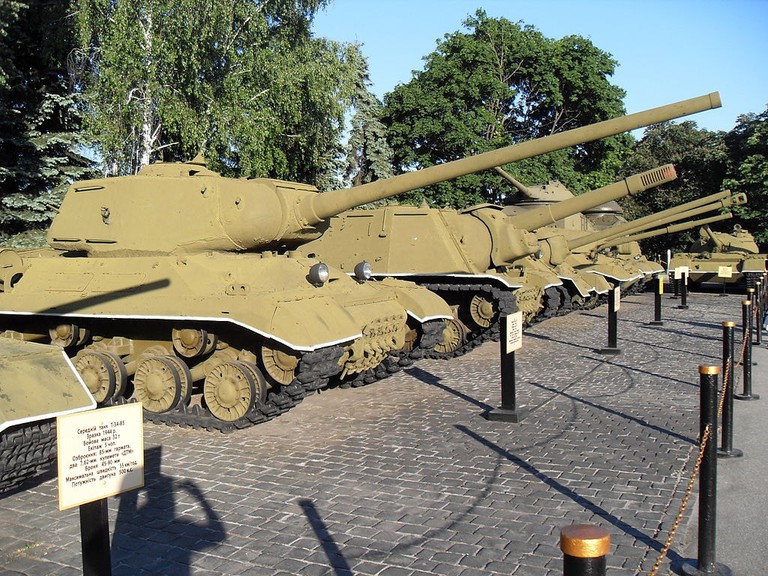 This museum is one of a kind, as it has both indoor and outdoor exhibitions. The highlight of the museum is the focus on the Ukrainian contribution to the Victory over Nazism during the Second World War. The museum has a magnificent collection of 400,000 exhibits, among which there are documents, personal belongings, weapons, photographs, awards, letters, diaries, and military equipment. The idea of its creation appeared in 1943, but the final studies of the subject and preparation of the exhibits were completed only in 1981.

Museum
Facebook
Email
Twitter
Pinterest
Copy link
Share
Map View
The National Museum of Natural Sciences of Ukraine has one of the most impressive displays in Eastern Europe and has 24 halls. It also combines a whole complex of five related museums – Geological, Paleontological, Zoological, Botanical, and Archaeological. Here, 30,000 exhibits demonstrate the origin and evolution of the Earth, its flora and fauna, its history and present, as well as the human evolution on the territory of Ukraine. The museum often holds temporary exhibitions of artists as well as history lectures.
Open In Google Maps
15 Bohdana Khmel'nyts'koho Street, Shevchenkivs'kyi district Kyiv, 1030, Ukraine
+380442356266
Visit Website
Give us feedback 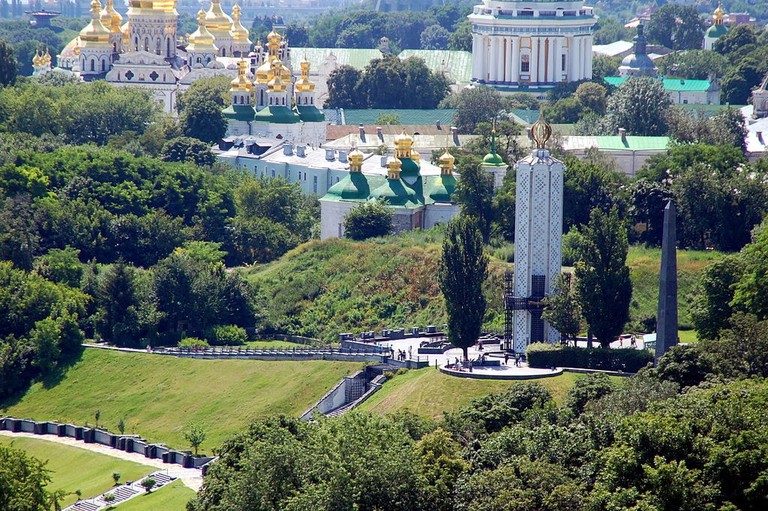 National Museum Memorial to Holodomor victims | © Andriy155/WikiCommons
The museum is a state memorial complex in Kiev, which is located in the centre of Kiev and is dedicated to the famine in 1921-1923 and the Holodomor tragedy of 1932-1933 in Ukraine. It showcases the history of the genocide of the Ukrainian people, organized by the leadership of the Communist Party in the former USSR, its nature, figures, and consequences. In the hall under the monument itself, one can explore the household items collected in the villages that suffered from the famine and see the National Memory Book of the victims of the Holodomor. There are also temporary documentary art exhibitions, which describe certain aspects of the tragedy.
Open In Google Maps
3 Lavrska Street, Pechers'kyi district Kyiv, 2000, Ukraine
+380442544512
Visit Website
Give us feedback
Give us feedback