The Mystetskyi art gallery is steeped in a dark, unknown history. Once a top-secret military base, the former ex-Soviet arsenal was transformed in 2010 into the largest art gallery in the Ukraine. We find out more about this contemporary artistic hub and discover exactly why the world’s artistic elite find themselves unable to stay away. 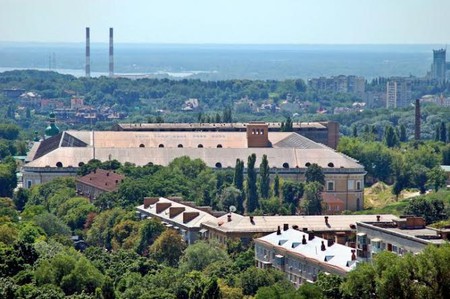 Three centuries ago, Lieutenant General and architect Ivan Meller was ordered to design an arsenal to aid the war efforts. Despite following explicit instructions, it would appear that he had always hoped that his arsenal would one day become a space that everyone could enjoy. Centuries after his death, his wish finally came true.

Meller was recorded as saying: “the day will come and you will see that I had the common folk – and not a fortress – in mind.” Whether in line with Meller’s intention or not, the colossal building somehow escaped the privatisation of Soviet institutions that occurred after the fall of the USSR and went on to become a public art gallery, granted National Historic Monument status.

For hundreds of years, the arsenal was a no-go area for Ukrainians: the doors were heavily locked and the walls topped with swirls of razor wiring, ensuring there was no risk of exposing the apparently top-secret contents of the vast complex. Of course, rumours spread across the city of Kiev relating to the gruesome, dark events that were believed to have taken place inside. In reality however, nobody could ever be certain of what the arsenal was used for.

In stark contrast, the space now represents a country moving towards a greater understanding of social division and a hope for future peace. Since opening as a gallery, it has been used to enable and encourage cultural enjoyment and to bring people together. 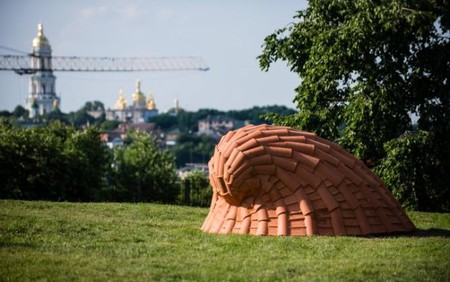 A three-storey expanse of red brick, the building encompasses a beautiful garden courtyard with the dimensions of a football pitch, acting as the focal point for the rest of the gallery. The eight-metre-high ceilings and vaulted arches add to the overwhelming sense of space throughout the gallery, leading to a sense of personal awe in comparison to the powerful structure that houses so many artistic masterpieces.

Since the arsenal reopened in its new capacity in 2010, more than two million visitors have passed through its doors, seeking a glimpse of the large scale exhibitions and installations that the building boasts. With more than 60,000 square metres of floor space, the Mystetskyi Arsenal has hosted a number of prestigious charity balls, concerts and performances as well as the hugely successful biennales in the past four years.

The gallery’s objective is to create a space where Ukrainian cultural achievements and initiatives can be combined and visitors can learn about the country’s historical and architectural heritage. The sheer capacity offered by the building ensures that it immediately became one of the world’s leading cultural institutions, continuing to celebrate post-Soviet contemporary art in each of its exhibits.

As part of the gallery’s desire to put forth a new vision of Ukraine and to firmly place the country on the global cultural map, its latest exhibition A New Ukrainian Dream has been extended. Displaying works by more than 40 artists including Arsen Savadov, Oleksiy Sai and Myroslav Vajda, the theme of the exhibition is the expression of Ukraine’s hopes for its future, whilst also reflecting on the changes it has recently encountered. 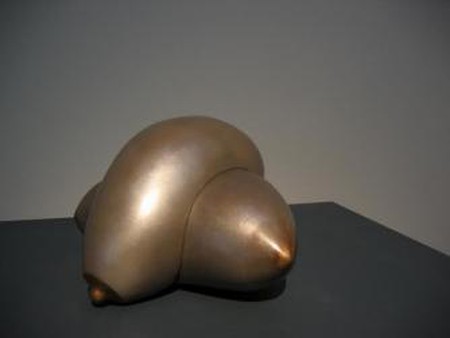 Like A New Ukrainian Dream, many of the exhibitions hosted at the arsenal focus on life in Ukraine, its history and its future. Despite this ever-present introspective focus, the gallery also welcome exhibits from international artists such as Russian avant-garde painter Kazimir Malevych and French-American artist and sculptor Louise Bourgeois, both of whom have had successful exhibitions at the arsenal since its opening.

The decision to keep the exhibitions temporary makes the experience of visiting even more unique. Art enthusiasts can visit the gallery frequently and each time will be blessed with the chance to walk through a variety of new exhibitions held against the backdrop of the universally constant and architecturally beautiful building.

Having been built in 1783, there is indeed a vast difference between the artistic style evident in the architectural ornamentation of the building and the modern, abstract designs displayed inside. Within the walls of the Mystetskyi however, the two styles fit together perfectly in an immaculate symbolisation of a war-torn country’s past and present moving together in peace.

Having experienced a tumultuous 2014, the iconic presence of the arsenal promotes the possibility of peace, forward-thinking and hope. Ever-hopeful of moving beyond conflict, the people of Ukraine need only look to the Arsenal as testament to the nation’s strength and the enduring quality and calming influence of world-class cultural institutions such as theirs.