The 11 Best Attractions in Lviv 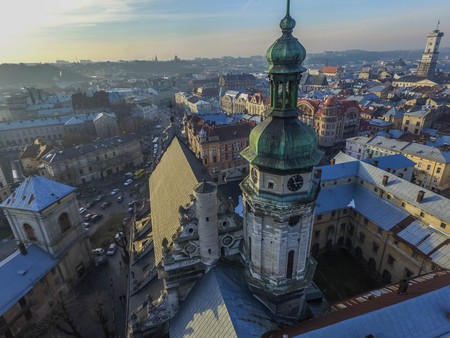 Lviv is a city of legends. Every ancient building is full of historical spirit. Tiny courtyards and cobbled streets have been keeping secrets since medieval times. There are 60 museums and 104 cathedrals and churches. For the last five years, in terms of the number of tourists, Lviv has surpassed even Kiev and Odessa. Having visited the city at least once, you will remember its mysterious atmosphere forever.

The Lviv Theatre of Opera and Ballet

The Lviv Theatre of Opera and Ballet is a bright example of the Neo-Renaissance style in architecture. It is often compared with the Vienna State Opera for its grand façade and décor. Being built in 1900 as the project of Polish architect Zygmunt Gorgolewski, the building holds a lot of secrets inside. One of the legends says that the architect attempted suicide the following year, because he had realized that the underground waters of the river Plotva were washing away the foundation of the theatre. Despite that, the Lviv Theatre of Opera and Ballet is still functioning and holds new performances every season. 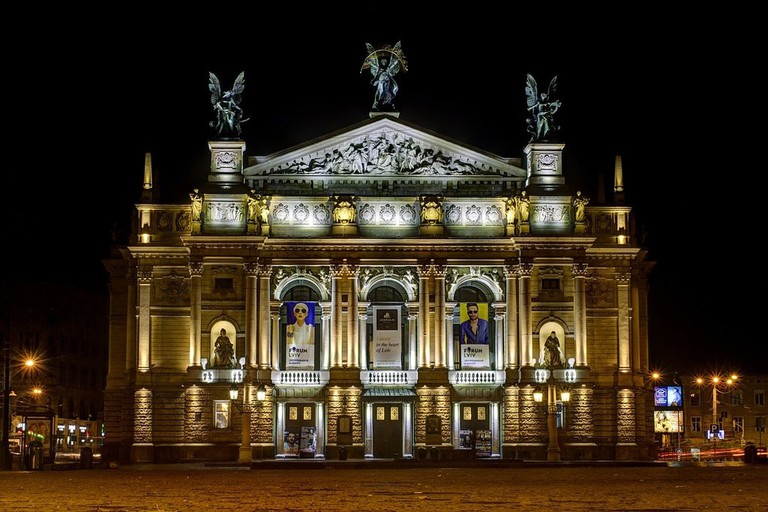 Lviv Theatre of Opera and Ballet at night | © Pavlofox/Pixabay

The Market Square is part of the historic center of Lviv, which is included in the UNESCO World Heritage List. The main attraction of the square is Town Hall, constructed in the 14th century. Its height is 65 meters (213 feet), and it is considered to be the highest town hall in Ukraine. Currently, it is a seat of the local authorities and an amazing viewpoint with an incredible panorama over the city. 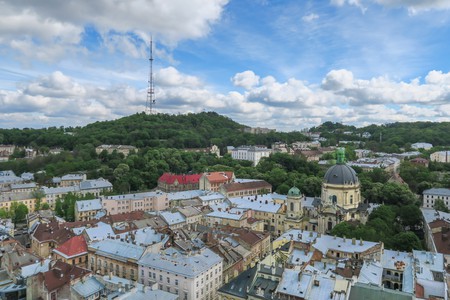 A 19th-century architectural monument has been built in the style of French Classicism for the influential family of Polish tycoons – the Potocki. The massive gates and moulded balconies emphasize the majesty of the palace. The exterior and interior décor was provided to arrange chamber concerts and to organize important political meetings. In Soviet times, the building served as a Registry Office, and in the beginning of the 21st century, the Potocki Palace was transferred to the Lviv Art Gallery. 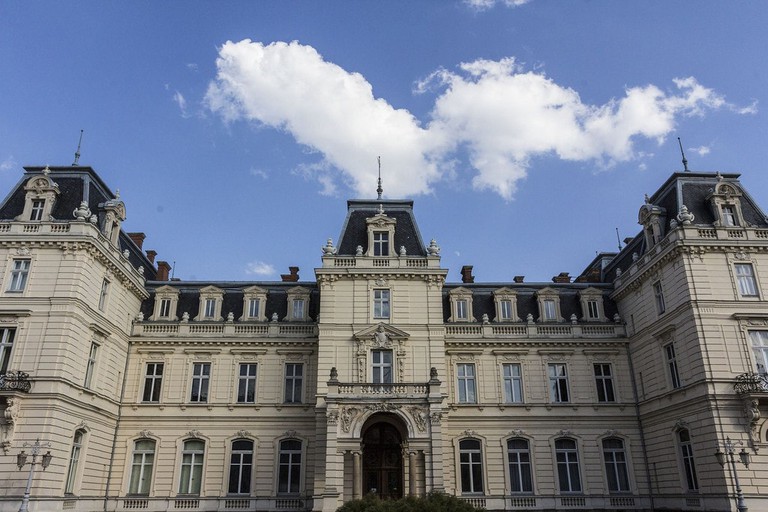 One of the oldest neighbourhoods in the city is the Armenian Quarter. The northern part of the city became a haven for Armenians in the 13th century. They founded their church, school, library, hospital, and theatre here. The vast majority of buildings date from the 16th century, which includes the famous Armenian cathedral. Although the exterior, whose walls reach a thickness of 1.5 meters (5 feet), is not particularly impressive, the interior is incredible. The walls hold stunning paintings, some of which are 600 years old, and the dome of the temple is decorated with mosaics. 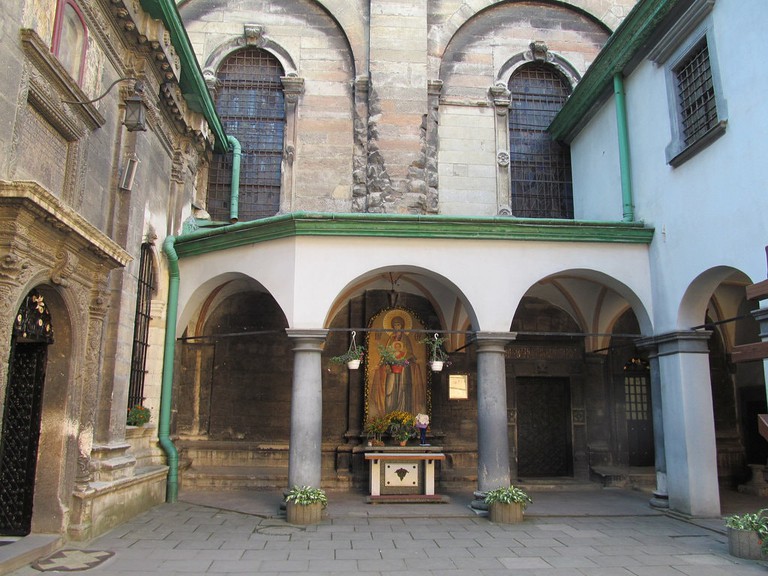 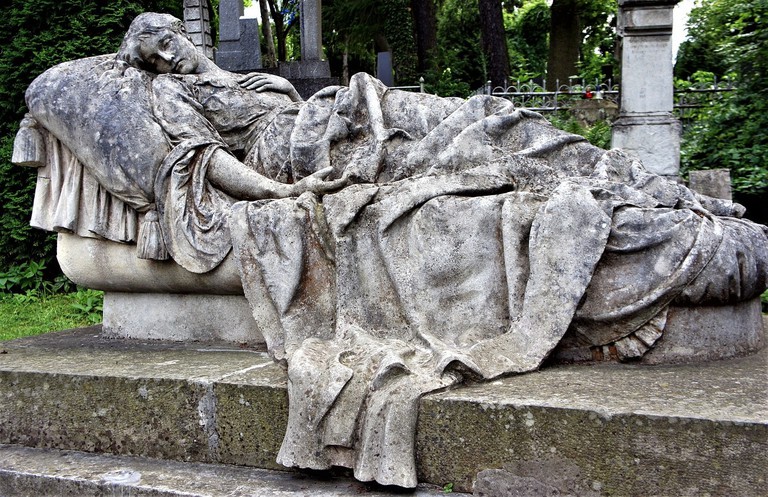 Lychakiv cementry | © rmac8oppo/Pixabay
Lychakiv Cemetery is an integral part of the city’s architecture and one of the most magnificent necropolises in Europe, dating from the 18th century. The place is known not only for its beautiful crypts and gravestone monuments, but also for the many hidden tales and legends associated with outstanding people of art. It has about 500 sculptures of completely different architectural styles and over 2,000 crypts. The inscriptions on tombstones are written in Ukrainian, Polish, German, Serbian, Italian, Armenian, Latin, Hebrew, and Russian.
Open In Google Maps
33 Mechnykova Street, Lychakivskyi District L'viv, L'vivs'ka oblast, 79000, Ukraine
+380322755415
Visit Website
Give us feedback

The Italian courtyard reflects the architectural monuments of the Renaissance. The most romantic and cosy corner in nearby Market Square, since the noise from the city center does not get there. It should be noted that according to the laws of that time, all the stone houses of the Square could have no more than three windows on the façade. It was a rule of equal opportunities and even the richest citizen of Lviv, the wine merchant Konstantin Kornyakt, had to follow it. But 100 years ago, the city authorities bought the building and placed a museum named after King Jana III there. Now in the Italian courtyard, jazz and classical concerts are often held, during which you can drink a cup of refined Lviv coffee. 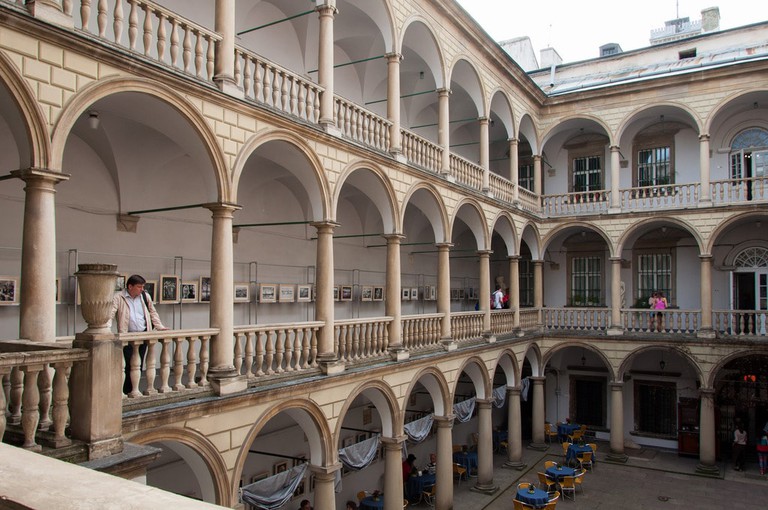 The cathedral complex consists of a whole ensemble of architectural masterpieces, which comprised a printing house, a library, a school, and a museum. It used to be the venue of the Orthodox community of the old city. The ensemble has a direct relationship with the Italian courtyard because it was built from the funds of Konstantin Kornyakt. The interior of the Dormition Cathedral is decorated with paintings from the 17th and 18th centuries, and it has the iconostasis of 1773. The highest point is the 66-meter tower, which resembles the bell tower of Venice. 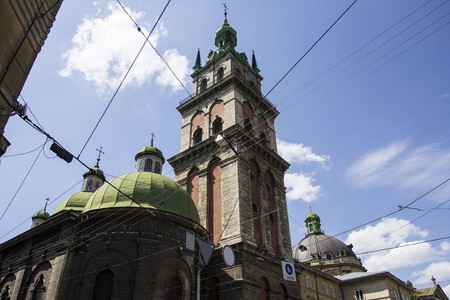 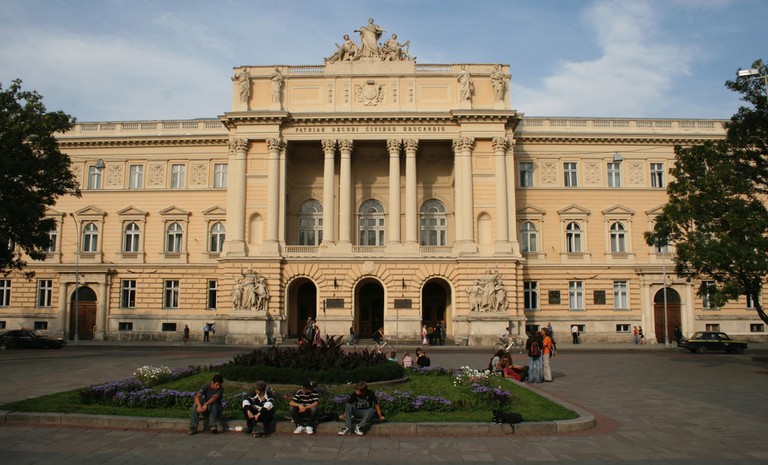 Lviv University | © alexeyklyukin/Flickr
Lviv National Ivan Franko University is one of the oldest in the whole of Eastern Europe. It exists since 1608. Up to 1773, the main disciplines of the university were philosophy, Latin and theology. But as soon as the Kingdom of Galicia entered the Habsburg Empire, the education became more secular, and teaching began in the Ukrainian language. All the professors were supposed to have the title of Doctor of Sciences, and each candidate was personally approved by the commission of the Ministry of Education in Vienna. Studying and working there was and still is considered to be prestigious.
Open In Google Maps
1 Universytetska Street, Halytskyi District L'viv, L'vivs'ka oblast, 79000, Ukraine
+380322603402
Visit Website
Give us feedback

This museum was opened in Lviv in the 1960s in the space of an old pharmacy. The museum’s display is set out over 16 halls, where more than 3,000 exhibits are shown. Visitors can carefully consider the collection of utensils for storing medicines, along with real pharmaceutical scales and equipment. In one of the halls, a pharmacy laboratory has been perfectly reconstructed. It was reproduced according to engravings and old books. Additionally, in one of the halls of the museum, there is a library with unique pharmaceutical books and documents. 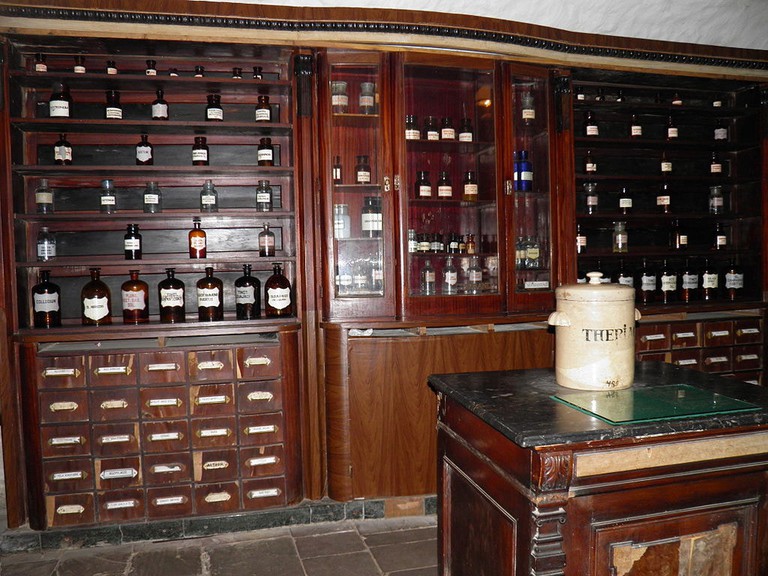 Lviv Arsenal (Museum of Arms) is the only museum of this type in Ukraine. Its collection impresses with its diversity and uniqueness. It features bronze cannons, axes, utensils with weapons, military orders, and many other objects collected in 30 countries of the world. One of the most interesting exhibits of the museum is the unique German sword of the 16th century. The second such sword is stored in the London Wallace Collection. 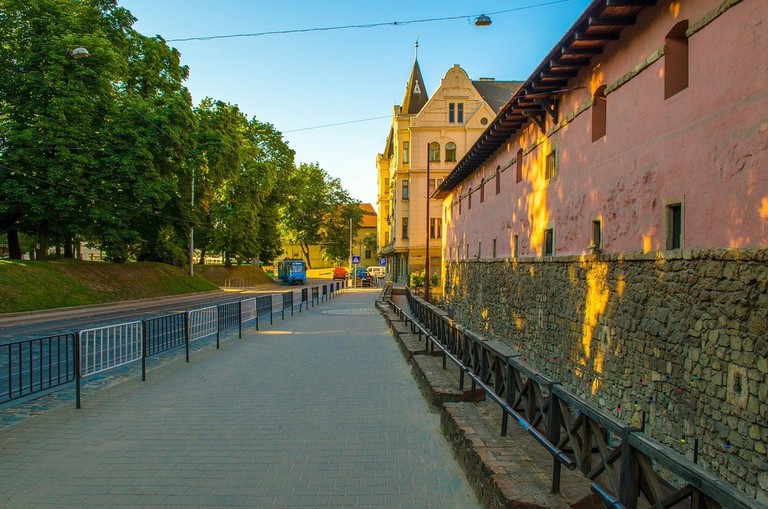 The project of the library of Ukrainian Catholic University was developed jointly by the German firm Behnisch Architekten and Lviv Chaplinskyy & Associates. It took two years to construct the building and, finally, the opening ceremony of it was held on September 10, 2017. The library has five floors and three terraces: two are are open-air spaces, and on the top floor there is a open glassed-off space with a wonderful view of Stryi Park. It is the most modern and environmentally friendly place in the city of Lviv, which is definitely worth comparing to the ancient architecture of the city center. 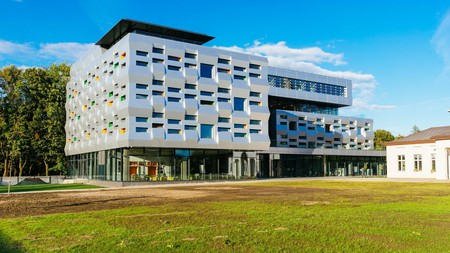