Taras Shevchenko and the Search for a Ukrainian Literary Identity

Largely regarded as the father of Ukrainian literature and linguistics, Taras Shevchenko was a brilliant but controversial philosophical artist and scholar of the 19th century. Lindsay Parnell explores his life and work. 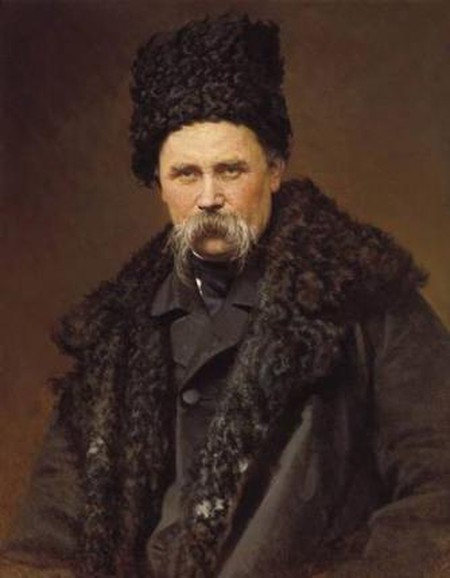 Orphaned at age 11, Shevchenko was forced to serve as a serf in the home of a Russian aristocrat before being sent to St. Petersburg to apprentice and pursue his natural artistic talents. In 1838, the talented illustrator enrolled at the Academy of the Arts to study with the acclaimed Karl Briullov. Shevchenko excelled at the visual arts as a highly skilled painter, but his creativity and artistic expression quickly transcended the boundaries of a canvas and brush and found their way to pen and paper.
His debut collection of poetry in 1840, Kobzar shared its title with what became the author’s nickname and a term synonymous with the Ukraine’s literary renewal in the mid 19th century. It marked a new direction for Ukrainian writing and inspired a nationalist movement stimulated by the prosperous potential of the Ukraine and its people. Shevchenko travelled from Russia to the Ukraine in the 1840s and became greatly distraught by the harsh economic circumstances imposed upon the lower class. These visits profoundly inspired Shevchenko. Writing in both his native Ukrainian and Russian, Shevchenko’s poetry explored his notions for Ukraine’s national philosophy and spoke out against the oppressive reign of the government in its cruel mistreatment and disregard of the impoverished lower classes. 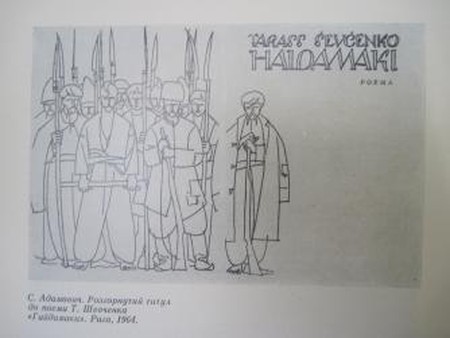 Shevchenko’s political involvement with Ukrainian intellect and revolutionary Nikolay Kostomarov, along with other associates of the Brotherhood of Saints, increased his support for the self-determination and political liberation of Slavic nations. Shevchenko was quickly arrested after the publication of The Dream (The Son), which featured an explicit attack on the Russian Emperor Nicholas I and his family. This alleged act of betrayal led to ruthless punishment in the form of physical torture. The poet and painter was then imprisoned and ultimately exiled with members of the Russian military to Orsk.
Shevchenko’s work offered a revolutionary revitalization of the Ukrainian language and national identity. Written with a refreshing elegance and precision, his poetry articulated a specifically Ukrainian identity in a way Ukrainian writing never had. The poet’s most notable piece, Haidamaky was published in 1841 to much controversy because of its political slant. As a respected and venerated member of a circle of famous Ukrainian scholars and intellectuals, Shevchenko was inspired by the political rebellion of lower class peasants and their uprising against Polish aristocracy residing in the Ukraine. His poetry and paintings today still embody the fierce revolutionary spirit of those silenced by reigning regime.