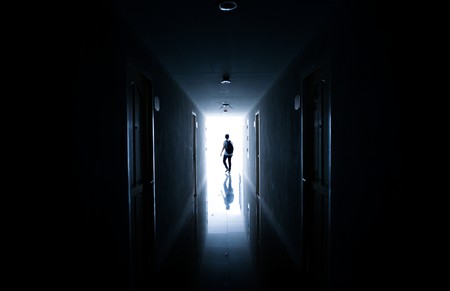 The door slams shut: you’re trapped. Between you and freedom are a warren of dimly-lit rooms and puzzles set amongst the flickering lights and sounds of a Victorian-style insane asylum. Some doctor’s coats are hanging beside a locked door, behind it you can see words scrawled in thick black paint and somebody pacing back and forth, laughing maniacally. You need to get in, but how?

This is Shock Therapy, one of the hottest things to do in the Ukrainian capital city of Kiev. Run by Claustrophobia, one of eastern Europe’s premier escape game companies, it’s amongst thousands of rooms that have popped up worldwide since the craze began in East Asia back in 2007. Since then, the format has become a staple of city breaks everywhere from Algiers to Zurich. Escape games’ key tenets have been getting ever more complicated, unsatisfied simply by perplexing visitors, creators are beginning to terrify them too.

Rostislav Buryak is one of them. A soft-spoken Kievan with a penchant for mystery, he was keen to take the escape game genre further, in his energetic hometown and succeeded. When a friend and I recently cracked Shock Therapy after an hour (and, it must be said, plenty of prompting from its creator via an overhead speaker), we were both mentally and emotionally shattered. It is fortunate, therefore, that Kiev is coming into its own as one of Europe’s top weekend destinations–and cheap drinks are a big part of the draw. 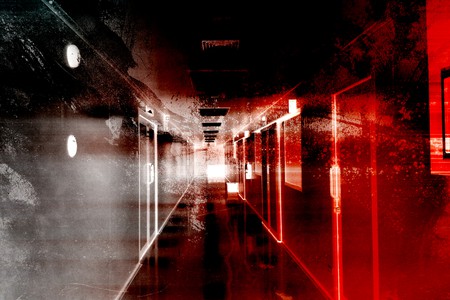 SCRAP, in Kyoto, was the first acknowledged live action escape game in the world. Its owners didn’t give players an easy ride: only 2 percent of visitors completed the game in its first year. That did not deter them, however, and by 2012 SCRAP opened the first US-based escape room in San Francisco.

Budapest’s Parapark is generally credited with being the first escape room in Europe. Since then, the Hungarian capital has become a center for the format, with titles such as TRAP and ‘Claustrophilia’ glomming onto the city’s ever-increasing numbers of party-hungry, low-cost travelers.

Buryak first visited an escape room in Moscow, at the end of 2013. It was in Russia’s capital that he first encountered Claustrophobia, a firm that has built 155 quests in over 30 cities. After playing a game, Buryak thought to himself he could do better, and so purchased a franchise to give it a shot. His first game, Scythian Gold, was based on ancient-themed mind-games.

“I understood that people want not only to solve puzzles, but more emotions and impressions,” said Buryak. “So, I decided to open the second room a little scarier.”

Shock Therapy is part of a new wave of escape games offering participants a bone-tingling, as well as befuddling, experience. Buryak visited over 100 games in Ukraine, Russia and Italy before sculpting his own. The result is a game that combines puzzles and a multitude of pant-wetting moments. One task, for example, calls for the rearranging of Rorschach tests, while another involves an electric chair and spark plugs.

“There were much more scary performances than mine,” adds Buryak. “And I even didn’t visit the scariest.” Scare-stories abound on Russian social media platform VKontakte: actors hitting players with electro shockers; asphyxiation; burning. “That was too much,” writes one player. “We bring our friend to hospital just after quest because his jaw was dislocated after actors tortured him.”

Drawing the line between excitement and assault was one thing, Buryak says. The hardest part of creating Shock Therapy was finding people to make the puzzles themselves. “There is no such industry as ‘escape room building’, and no specialists in it,” explains Buryak. Making tamper-proof props–especially when dealing with scared players who might rip, tear and break things, is another tough part of making a spooky escape game. 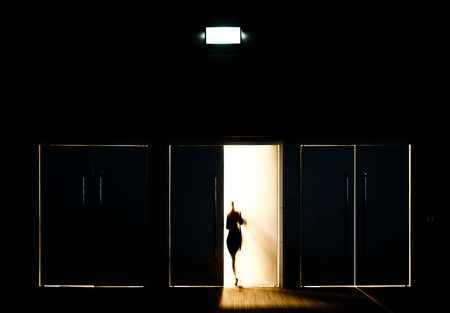 But for escape game makers, the rewards can be rich. Many games have enjoyed revenue growth of 800 percent in a single year. Kiev is one of Europe’s hottest up-and-coming destinations for young travelers. Ukraine’s visitor numbers were decimated by the conflict that erupted following pro-EU demonstrations in the capital’s European Square back in 2013. That violence continues in the country’s eastern limits, but Kiev – buoyed by good budget hotels, exciting nightlife and low-cost flights – has enjoyed a mini-tourist boom in the past two years.

Buryak hopes that, with a performance-heavy escape game, he is ahead of the industry curve. But what for the format’s future? With the advent of popular virtual reality, the possibilities could be endless. “The evolution of escape games is to become more complex and to divide into several type of games,” says Buryak.“Classic escape rooms will become more immersive, more electronic and complex mechanic devices will be must-haves.There will be more performances with actors where you can feel true immerse in some story and there will be few or no puzzles at all.”

For now, a combination of puzzles, frights and live performance is enough to make Shock Therapy stand out from Kiev’s already-crowded escape game offerings. With it, Buryak hopes to bring his own, scary brand of escape game to the Ukrainian capital’s burgeoning tourist scene.