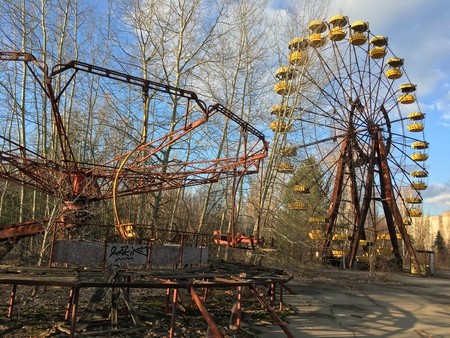 The Chernobyl Nuclear Power Plant Zone of Alienation is a 2,600 sq. mi. (6,734km²) exclusion zone in Ukraine, evacuated and controlled by the military since the disaster in 1986. Besides being one of the most radioactively contaminated areas in the world, the area is also strikingly haunting. 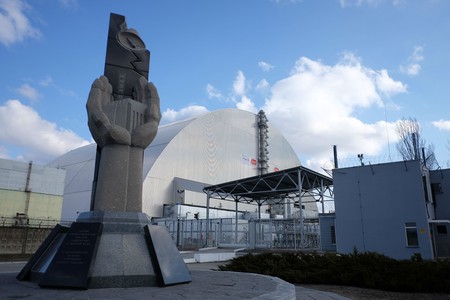 Chernobyl Nuclear Reactor Number 4, whose meltdown caused the world’s greatest nuclear disaster, was encased in its ‘New Safe Confinement’ (NSC) in November, finally securing its safety for at least another hundred years. Here it stands, behind a monument to the so-called ‘liquidators’, who sacrificed their health – and in some cases lives – to avoid an even greater meltdown when it occurred in April 1986. 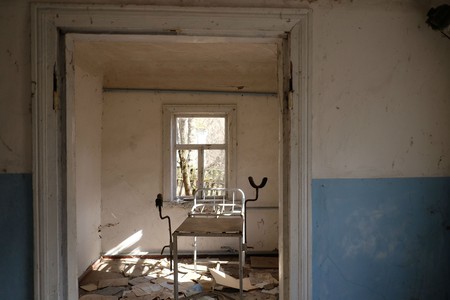 It took Soviet authorities days to acknowledge the disaster, in modern-day Ukraine, which arguably increased its death toll. The meltdown released over 100 times the radiation of the atom bombs dropped on Hiroshima and Nagasaki. Former Soviet leader Mikhail Gorbachev has called Chernobyl’s multi-billion-dollar clean-up the ‘real cause’ of the USSR’s collapse. 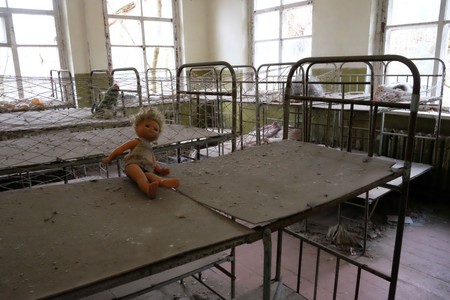 Villages and towns up to 18 miles (30km) from the disaster were completely emptied. Despite the fact that, in the vast majority of areas within the Chernobyl Exclusion Zone, the average person is exposed to no more radiation than most other places, ghost towns lay frozen in time. Hospitals, schools and homes are still filled with the possessions their former inhabitants left behind. 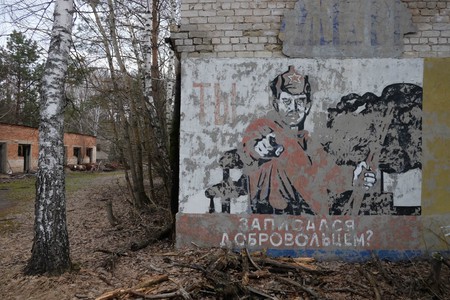 ‘Enroll as a Volunteer?’ this Soviet mural says, near the town of Chernobyl itself. When the explosion first happened the Red Army sent not just professional soldiers but tens of thousands of reservists, miners and volunteers, to dig beneath the still-melting core and prevent a second, much bigger reaction that could have killed millions. These ‘liquidators’ included a team of three ‘suicide squad’ divers, it was recently revealed, whose mission to shut off underwater valves resulted in their deaths. 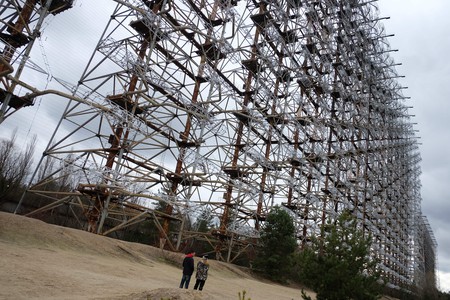 Near the town of Chernobyl is the gigantic Duga, an over-the-horizon radar designed to detect and interfere incoming US missiles. Its huge, fractal frame was known colloquially as the ‘Woodpecker’, due to its 10 mW broadcast appearing as a ‘tap, tap’ sound over radio. The array operated until 1989 and has since fallen into disrepair. Many worry it will soon be lost forever. 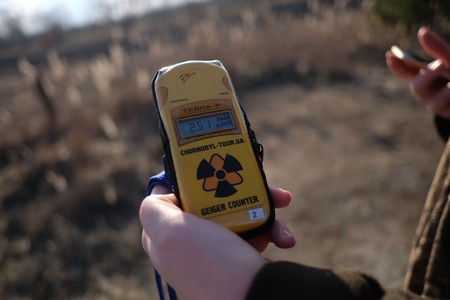 A high Geiger counter reading near the Red Forest, a 3.86 sq. mi. (10km²) stretch of woodland that surrounds the Chernobyl Nuclear Power Plant. Much of the forest was flattened and buried in the wake of the disaster, and remains off-limits to visitors. Greenpeace has placed the Chernobyl death toll at 93,000 – though many, many more cases of radiation-related illnesses across Europe are possible. 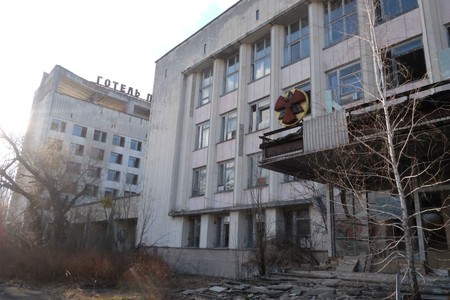 The most famous site in the Chernobyl Exclusion Zone is the city of Pripyat, founded in 1970 as a model Soviet nuclear town. Its expansive boulevards, squares and facilities marked it as one of the best places to live in the country. When Reactor 4 blew, it is thought around 49,000 people lived in Pripyat – most of them employed at the plant. 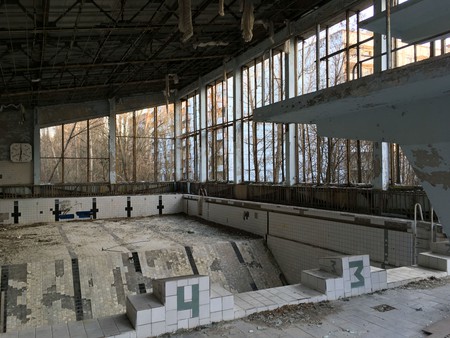 Pripyat was fitted with state-of-the-art schools, gyms, cinemas and, here, a swimming pool. It took over a day for authorities to order Pripyat’s evacuation, by which time hundreds, if not thousands, of locals had been exposed to fatal doses of radiation. Now the city sits suspended in time, its once-proud buildings crumbling and devoured by nature. Wolves, deer and other fauna now thrive in the area. 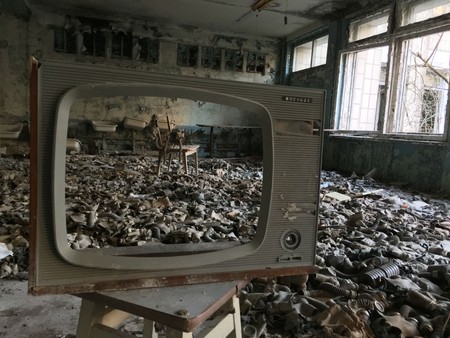 Around five million people still live in locations considered to be contaminated by the radiation leaked from Chernobyl. The majority of them live in neighbouring Belarus, which bore an estimated 70% of the radiation and whose authoritarian government still suppresses any mention of the disaster. The most damaging isotopes, including cesium-137 and strontium-90, have diminished greatly since 1986. But they are still causing thousands of cancers, deformities and cases of diabetes.

Chernobyl continued to produce energy until 2000, when it was decommissioned under international pressure. Today it still employs thousands, who have built and are maintaining the NSC; carrying out waste management and disposal experiments, and creating a giant solar energy farm. The farm, built by two Chinese firms at an estimated cost of $1 billion, will cover 2,500 hectares (2734 yards) of land and produce one gigawatt of power.