A Complete Guide to Kiev's Neighbourhoods 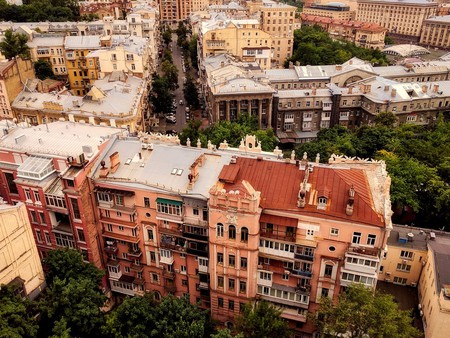 Tourists coming to Kiev usually stay in the centre (Right Bank), which doesn’t always give them a complete impression of the city. Meanwhile, the residential areas and the Left Bank contain many beautiful parks and green boulevards, cosy cafés and restaurants of traditional cuisine. More recently, some outlying neighbourhoods have become an inspiration for local artists to create numerous murals.

The Holosiivskyi district is located on the right bank of the Dnieper River and is the largest of the districts. There are a lot of architectural monuments and parks including Feofaniya Park, Baikove Cemetery, the Expo Center of Ukraine, Lysa Hora and many others. Its infrastructure is extremely convenient, as there are seven metro stations passing through the district. It also has the Central Bus Station and several railway stations. Holosiivskyi district is full of cafés and shopping centres and even has a dolphinarium and a contact zoo. 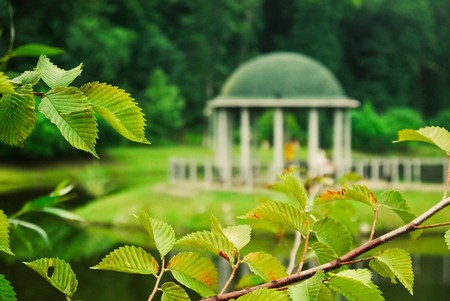 Pecherskyi is one of the oldest districts of Kiev and is the centre of administrative and cultural life. It is represented by all the major establishments: Verkhovna Rada (Parliament) of Ukraine, the National Bank, Presidential Administration and various Ministries. It also has a large number of theatres, cinemas and libraries. It stretches from Khreshctyk Street and Maidan Nezalezhnosti (Independence Square) to the historical complex of Kiev Pechersk Lavra and constitutes a great walking route for tourists. 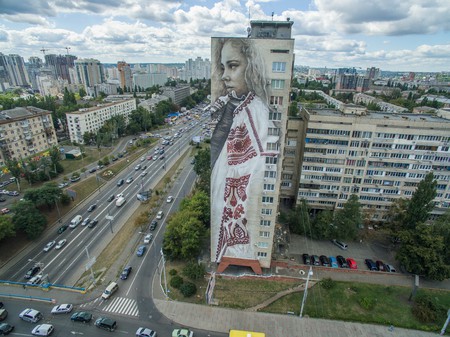 Aerial of Girl with embroidery in Kiev | ©Marco Verch/Flickr

The area of the Shevchenkivskyi district was the centre of ancient federation of Kievan Rus. The Golden Gates and St. Sophia Cathedral are the places where the state of Ukraine was established. There are more than 828 historical monuments, 16 museums, 15 galleries as well as embassies and representations of more than 50 countries of the world. The National University of Kiev along with Park of Taras Shevchenko and Igor Sikorsky Kyiv Polytechnic Institute with its green spaces (Hogwarts of Kiev) can be called the must-see sights for visitors. 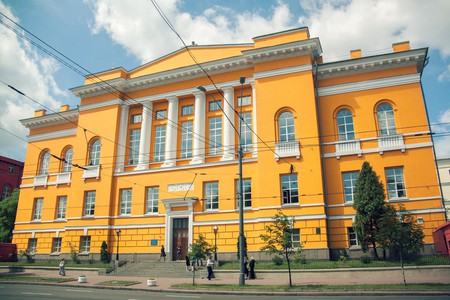 As an administrative unit, it was created in 1921 in the ancient part of the city – Podol. The district is located on the banks of the Dnieper River and close to such main attractions as the Andriyivskyy Descent with St Andrew’s Church, the Mikhail Bulgakov Museum and the Vozdvizhenka area nearby. The main advantage of this area is that it is quiet and close to the city centre. After strolling the streets of Podilskyi District, the only funicular in Kiev will bring you from Poshtova Ploshcha to the St. Michael’s Monastery and St. Sophia Cathedral, which is located in the neighbouring Shevchenko district. 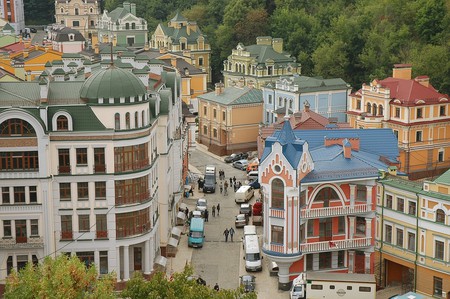 Solomianskyi district is an industrial part of Kiev that has the two railway stations, Kiev International Airport (Zhuliany) and factories. Despite this, it is quite diverse, as there are a lot of venues for leisure. For instance, one can visit an open-air museum Mamayeva Sloboda or even go to the car cinema Kinodrom. Among the more unusual sites, there is also an opportunity to explore the Baikovo Cemetery, where the most famous people of Ukraine are buried. 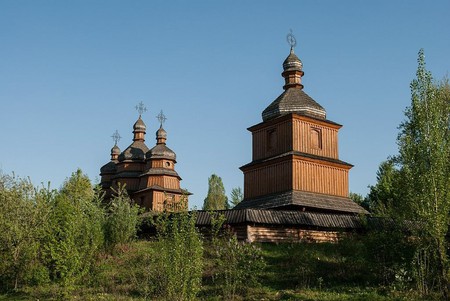 Svyatoshinsky district ranks first in the number of people among the other six districts of the Right Bank of Kiev. This area is on the outskirts of the city and a good place for the construction of new residential quarters and summer cottages. There are numerous parks and museums: the Sovki Park, the Yunost Park, the Mir Forestry, the Circus Arts Museum and the Museum of the History of the Sviatoshynskyi District.

Obolonskyi is the only district that offers healthy competition to the noisy city centre and overcrowded beaches of Truhanov Island. There is a developed infrastructure and a relatively convenient traffic junction. But the most attractive spot is the Obolonska Quay with its 3-mile-long (5 km) pedestrian zone. Golf fans can spend their time visiting the golf centre, located on the embankment or enjoy coffee and delicious food at one of the numerous restaurants. 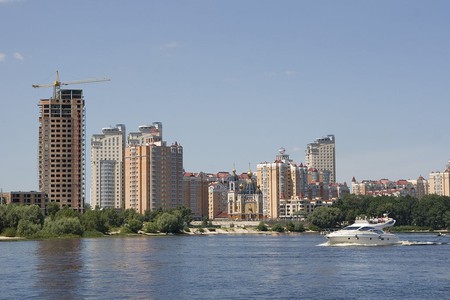 Desnianskyi district is considered to be the gloomiest and contrasting area of Kiev. It has a lot of green zones and unfinished buildings. It is named after the Desna River that flows through this part of the city. Now its territory is divided into separate micro-districts with solely residential areas. At the same time, a lot of unique establishments have placed their offices in Desnianskyi district. There is a Mint of Ukraine, the leading Ukrainian film studio Film.ua, the Holy Trinity Cathedral, the National University of Trade and Economics and a municipal art gallery.

In this district, there are cinemas, a hydropark with cafés and sports facilities where people usually celebrate the Epiphany and plunge into the ice hole, Kyoto Park, a bowling centre, a pedestrian bridge and four metro stations. This area hosted the Eurovision contest in May 2017 in its International Exhibition Centre. In addition, the Venice of Kiev (Rusanivka) is situated here, where visitors can observe the fountains with light music and promenade, the Wharf of Dnieper river and the canal. 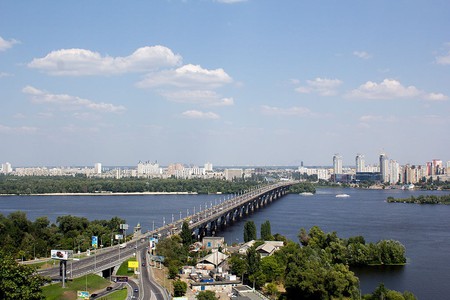 Kiev’s Darnitskiy district is adorned with natural beauty. It has many reservoirs, alleys and squares where you can take a break from the constant city bustle. It mostly consists of residential quarters, but there are also several shopping centres such as Arkadia and Aladdin with cinemas and restaurants, as well as the Darynok market. Twice a month, the Darnytskyi district becomes a venue for locals. Everyone comes to Art-Zavod Platforma to hang out for the street food festival or the Kurazh Bazaar flea market. 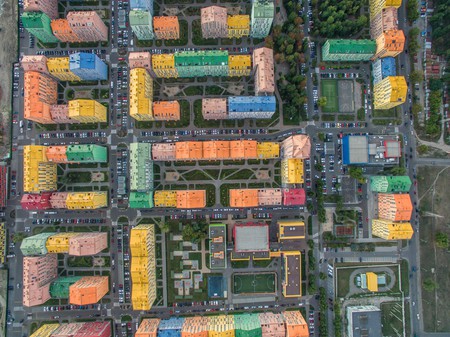 Comfort town at Darnitskyi district | ©Marco Verch/Flickr
Give us feedback