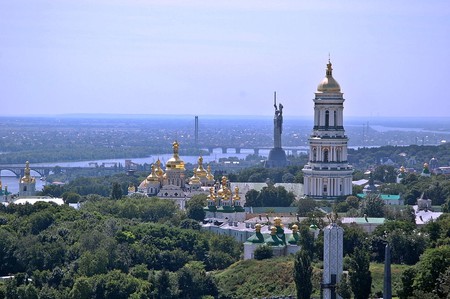 Ukrainian landmarks inspire creative people from all over the world. Most of them come to Kiev, to create a unique urban content that will differ from the sleek images of the top capitals of the world. Watch the commercials of Diesel and Uniqlo Uk and video clips of Rita Ora and even Pink Floyd, shot in Ukraine.

Kiev Polytechnic Institute is one of the best technical universities in Ukraine that is usually compared to Hogwarts by locals. Recently, its territory appeared in the Uniqlo UK advertisement, which was created by Radioaktive Film (leading production in the country). The dancing legs in the video were the legs of the Ukrainian choreography team called Apache crew.

Museum of the History of Ukraine in the World War II 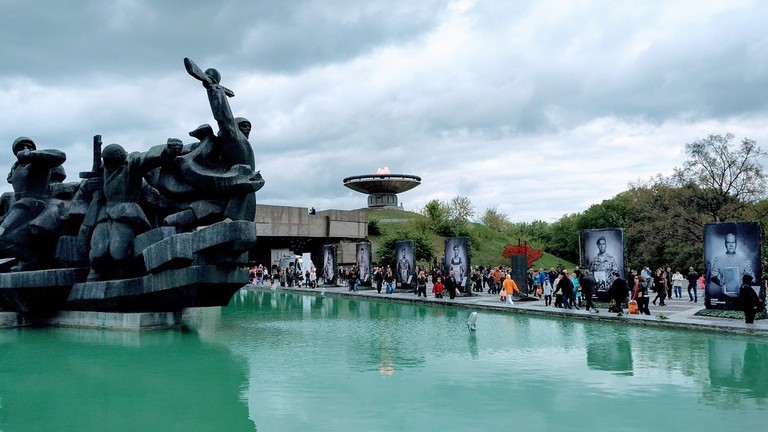 In August 2017, British singer Paloma Faith published a video of her song Crybaby, which became a part of The Architect album. As a location for shooting they chose the National Museum of the History of Ukraine in the Second World War, which has an incredible view over Kiev and Soviet-style landmarks.

During the presentation of the new smart watch, Apple showed a commercial featuring the interior of the Central Railway Station of Kiev in the background. The video advertises a combination of the new Apple Watch Series 3 gadget with the Apple Music service. Ukrainian production Radioaktive Film also participated in the creation of the video.

In the incredibly beautiful commercial of the Lacoste brand, two cities were used as locations: Budapest and Kiev. According to the video’s plot, a young man meets a girl, entering the train. He jumps after the stranger in the coach, but as their train travels in time, the girl finds the hero on the platform of the Vydubichi metro station – 80 years later. Again, the video was filmed by Bets Paris and the Ukrainian studio Radioaktive Film.

This video for the song Beautiful Ones, by British band Hurts, shows the history of the protagonist with the help of receiving reverse chronology. Actions take place in the area of Troyeschyna in Desnianskyi District and show the gloomy side Kiev.

Australians Tame Impala have filmed a psychedelic video about despair in the hall of Boryspil Airport and one of the best chain hotels in Ukraine – Hilton. Let It Happen is the title track from their new album Currents. By the way, the band also shot its 2010 video, Solitude Is Bliss, in Kiev.

Bridge
Facebook
Email
Twitter
Pinterest
Copy link
Share
Map View
Italian clothing brand Diesel published an advertising video of the autumn-winter collection 2017 named Go With The Flaw. The place where the video was shot was unfinished Podilskyi Metro Bridge over the Dnieper River. The main idea of the advertising campaign is the rejection of the desire for perfection and acceptance of external shortcomings, which is quite symbolic in relation to the location.
Open In Google Maps
Podil's'ko-Voskresens'kyi Bridge, Kyiv, 2000, Ukraine
Give us feedback 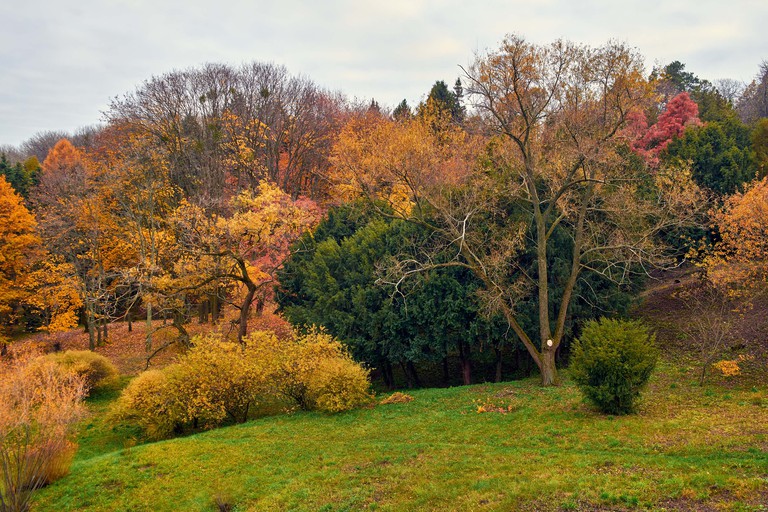 In 2014, British legends Pink Floyd arrived in Pripyat to film a video for a song from the republished The Division Bell album. The second part of the clip shows the deceased Ukrainian city, where the terrible accident at the Chernobyl nuclear power plant happened in 1986. The video also consists of archived Soviet footage and contains fragments from the international space station.