8 Incredible Ukrainian Photographers You Should Know About 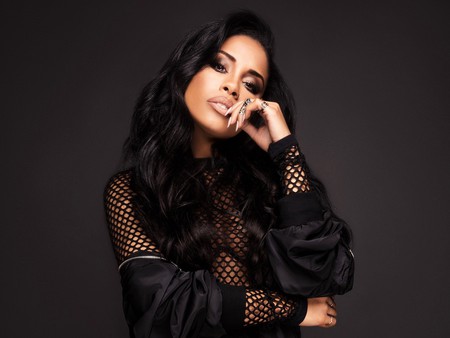 Beautiful compositions, world famous models and spectacular captions are integral parts of Ukrainian photography. The experiments of talented young professionals delight local audiences. So, if you seek some inspiration, here are some of the best Ukrainian photographers.

Sasha Samsonova is among the most popular Ukrainian fashion photographers in the country and abroad. Her career started quite early; at 17 years old, she had already been shooting for Harper’s Bazaar Ukraine. She has done many photo shoots with Kylie Jenner, and in 2016, she did projects for Adidas, Kendall + Kylie and Topshop. Now 25, Samsonova lives in Los Angeles and continues to have major retailers and Hollywood celebrities queue to work with her.

Ukrainian duo Tania Shcheglova and Roman Noven began working together as Synchrodogs in 2008. They constantly experiment and stick to non-commercial photography, instead maintaining an artistic slant. They have collaborated with such media as Esquire, New York Magazine and Dazed & Confused and have done advertising campaigns for Kenzo and Swarovski.

Sonia Plakidyuk, also known as Moi Sofism, is one of the most successful Ukrainian fashion photographers. She prefers to work only in one style, as she feels it’s the only way to master the skills and create the highest-quality images. During her career, she has worked with media giants and has shot covers for Harper’s Bazaar, L’Officiel, Cosmopolitan and Playboy. She has also held photo shoots for Mercedes-Benz, Martini, L’Oreal and many others.

Ukrainian portrait photographer, director and Instagram blogger Sergei Sarakhanov is also a tutor who holds photography art workshops in Kiev. He has been published in Ukrainian and Russian Vogue and Playboy, as well as in the French magazine Le Negatif and has participated in international exhibitions. In November 2017, Sarakhanov shot portraits of American director David Lynch when he came to open the Kiev-based branch of the David Lynch Foundation.

Maxim Dondyuk is a photojournalist who became an independent artist in 2010. He is well known for his series Culture of Confrontation, in which he chronicled the Ukrainian Revolution of Dignity in 2014. He has also made reportages form the war in east Ukraine, where he was in danger 24 hours a day for the sake of his photos. Dondyuk is probably one of the most daring Ukrainian photographers, and he deserves a lot of respect.

Oleg Oprisco impresses everyone with his surreal images in his easily recognised style. Oprisco’s art looks like a miracle. To get a deep and eye-catching image, the photographer prepares for each shot in advance and creates an idea, composition and tone. He also uses a large number of unexpected props, such as flowers, insects and a variety of textiles. It is impossible to be emotionless when looking at the incredibly beautiful shots, which he takes with an the analogue camera.

Sergey Polyushko does amazing work in fashion, architectural and street photography, but his best photos are of landscapes and animals, and as such, his images have been featured in National Geographic many times. Polyushko expertly creates atmospheric, touching and vibrant photos, as you can see in his photo of the early morning fog in the Carpathian Mountains.