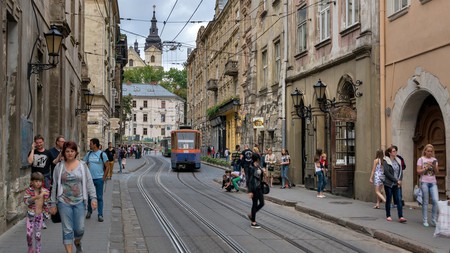 There are a lot of stereotypes about Ukraine, like the assumption they all drink vodka, which the locals are understandably fed up of hearing. Here, we round up and aim to disprove some of the most frequently heard fallacies.

Ukraine is part of Russia

There’s a common misconception that all the nations of the former USSR are Russian, including Ukraine. But this is wrong. First of all, Kiev predates many Russian cities – its foundations can be traced back to the year 482 ACE. Secondly, Ukraine has its own rich history and has always been significant, not only for the Russian Empire, but also for the Polish-Lithuanian Commonwealth, Austria-Hungary and even the Ottoman Empire. All in all, despite the fact that Ukraine gained its independence only in 1991, it has had its own customs and traditions for many centuries.

The Ukrainian and Russian languages are the same

Another misconception concerns the similarity of the Ukrainian and Russian languages. Many people believe they are the same language, but in reality, these two languages are about as identical as English and Dutch; they have different grammatical, phonetic and alphabetic rules – and their origins are totally separate. So why do Ukrainians speak Russian so well? Because they were raised as bilingual speakers.

It is always freezing in Ukraine

Since it’s common for people to associate Ukraine with Russia, there is a common misconception that the climate in both countries is the same. But in Ukraine, freezing temperatures and snow appear only in winter. Ukraine is located in the heart of Europe, and is more southern than Poland or Germany. Spring and autumn are both fairly mild, while summer can be hot and sunny enough to swim in the Black Sea.

Some citizens from other parts of Ukraine believe that people from the west of the country are hostile. This has, regrettably, become another Ukrainian stereotype. Those who hold this view say that residents of Lviv are banderivtsi (a word derived from Ukrainian politician and nationalist Stepan Bandera’s surname), characterised by extreme nationalist views. But those who actually visit Lviv will notice the opposite – welcoming and friendly locals who are proud of their country and eager to share their culture with visitors.

Borscht and salo are everyday dishes

Although borscht and salo are probably Ukraine’s most traditional dishes, they aren’t the only things Ukrainians eat. They are both quite rich and fatty, so not the healthiest for an everyday meal. Other typical dishes in Ukraine include deruny (a fried potato pancake eaten at breakfast or dinner), vareniki (a kind of dumpling filled with cabbage, meat, mushrooms, cottage cheese or cherries) and nalisniki (another pancake dish, but thinner and often filled with cottage cheese and raisins, and cooked slowly on a low fire). See the full list of Ukrainian dishes you should try here.

Nowadays, this stereotype outrages Ukrainians. A generation or two ago, perhaps there was a tendency for local women to marry rich foreigners, as it was a way to escape from the Soviet Union. This trend was also fostered by men looking to marry Ukrainian ladies, who had – and still have – a reputation for being very beautiful. This is one stereotype Ukrainians don’t argue with. But things are very different these days: Ukrainian women are fiercely independent and hard-working, and certainly not the gold-digging types this outdated Ukrainian stereotype would have you believe.

The belief that Ukrainians drink a lot of vodka, and only vodka, is far-fetched to say the least. Yes, Ukraine is well known abroad for the vodka it produces, but that doesn’t mean locals don’t touch anything else. In fact, there are a number of wineries and factories that produce various alcoholic spirits including cognac. You can even find locally made champagne – the two main brands are Artemivske and Soviet – while the best-known Ukrainian wines are Shabo and Koblevo, and both are much better than most people expect.