11 Legendary Soviet Footballers Who Were Actually From Ukraine 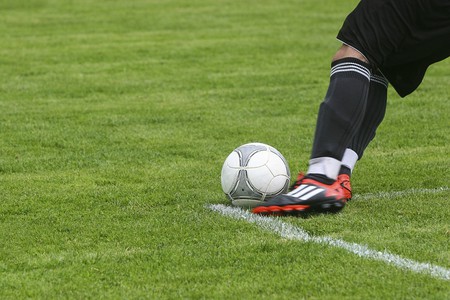 When the Soviet Union broke up into various smaller countries and regions in 1991, it affected the country’s sporting profile in the Olympic Games and in football. As Russia prepares to host the 2018 World Cup, it is interesting but not surprising to note that none of the other former Soviet Union countries have qualified this time round. 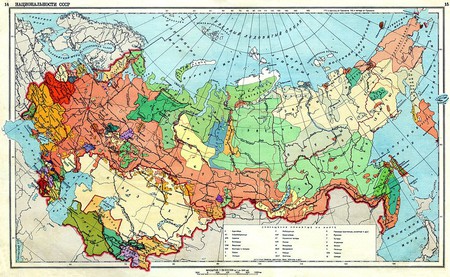 A Map of the former Soviet Union in 1941 | © Riwnodennyk / WikiCommons

Since the break up of the Soviet Union, Ukraine has continued to be neck and neck with Russia as the two best international football teams from that region. But can you believe just how many of the famous Soviet Union footballers down the years were actually from Ukraine? Here’s a First XI for starters. 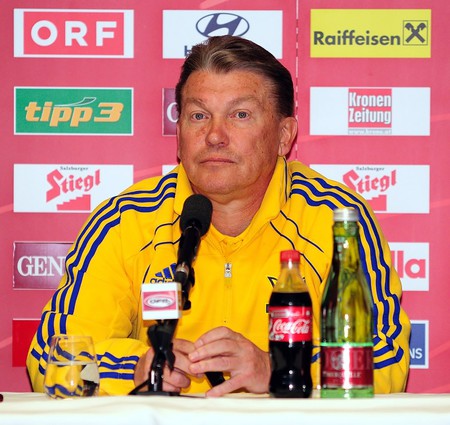 Oleg Blokhin is the most obvious entry on this list. He holds the all-time record for both caps and goals for the Soviet Union and was one of the greatest forwards in the world throughout the 1970s and 80s. He played for Dinamo Kiev, his home town team and was simply the greatest goalscorer in the history of the Soviet League. He scored 211 goals in the Soviet League in 432 matches (also a record). He won the Soviet Union championship eight times and also scored in two UEFA Cup Winners Cup Finals (1975, 1986) while helping Kiev lift the trophy both times. He played in the 1982 and 1986 World Cups, scoring in both, while the Soviet Union didn’t qualify in 1974 or 1978. And if all that wasn’t enough, Blokhin was the only international player in Soviet history to earn more than 100 caps, a record which will never be broken since the Soviet Union no longer exists. And before we move on to the next player, let’s not forget that Blokhin was European Footballer of the Year in 1975, only the second Soviet and the first-ever Ukrainian player to achieve this honour. 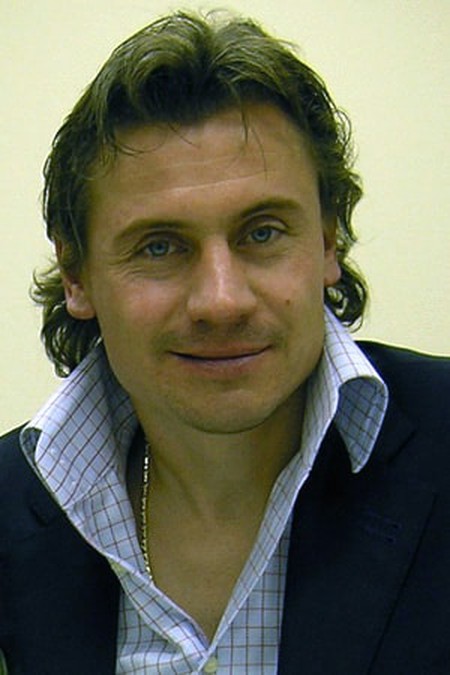 Andrei Kanchelskis was a superbly-talented player but still one of the odd inclusions to this list and one of the few Ukrainians to have played for the Soviet Union, the CIS and Russia. Although a born and bred Ukrainian, who once played for Dinamo Kiev and Shakhtar Donetsk, Kanchelskis never officially played for the Ukraine national team. Indeed during his changing international career he played in two international tournaments, but both times it was under the guise of Russia. Kanchelskis won the first ever English Premier League title while at Manchester United, scoring a famous goal at Norwich during the title run-in. Kanchelskis remains the only player in history to have scored in each of the Glasgow, Merseyside and Manchester local derbies, having also had spells at Glasgow Rangers, Everton and Manchester City. 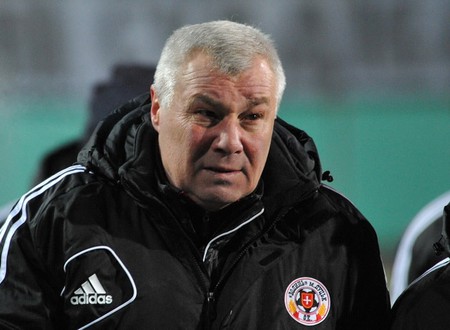 Anatoliy Demyanenko was a left-back who also played wide attacking left. His club career took him to East Germany and Poland and in management he has managed in Azerbaijan and Uzbekistan. In 1985 he was named Soviet Union player of the year, helping the side qualify for the 1986 World Cup. Once European under-21 player of the year and twice Ukrainian player of the year, Demyanenko managed 80 caps and six goals. Similarly to a few others on this list, he won the 1986 European Cup Winners Cup with Dinamo Kiev. 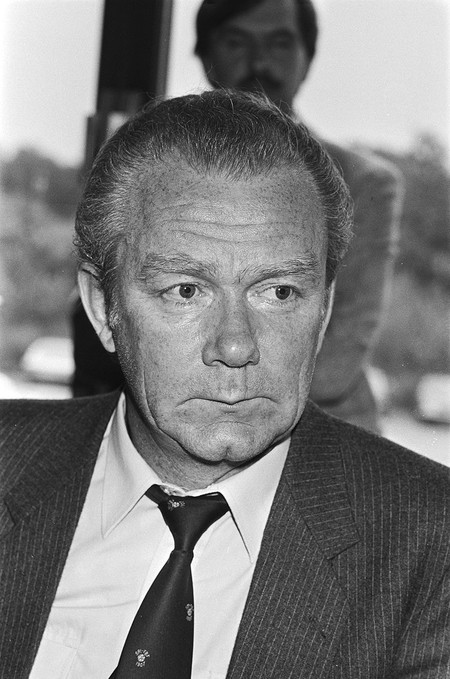 Valeriy Vasylyovych Lobanovskyi may only have won two caps for the Soviet Union but this man was instrumental in putting Ukraine on the football map. In his playing career as a forward he played for Dinamo Kiev, Chornomorets Odessa and Shakhtar Donetsk, scoring 71 times in 153 matches. But after this, Valeriy spent nearly 17 seasons as the manger of Kiev and holds legendary status within the club to the same level as Alex Ferguson at Manchester United. At Dinamo Kiev, Valeriy led the club to victory at the 1975 and 1986 European Cup Winners Cup’s as well as winning the national league 12 times and the cup nine times (in both Soviet Union times and later in Ukraine). The 1975 Cup Winners Cup triumph was the first major European trophy won by a Soviet club. 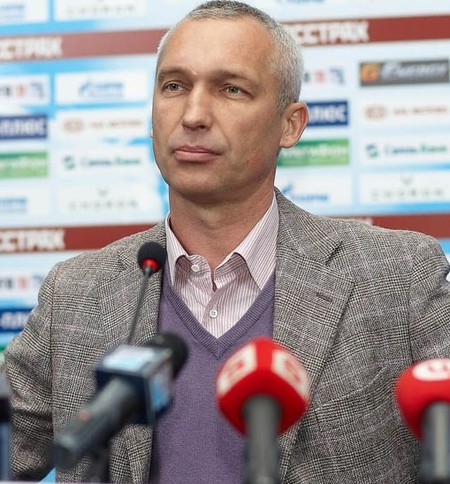 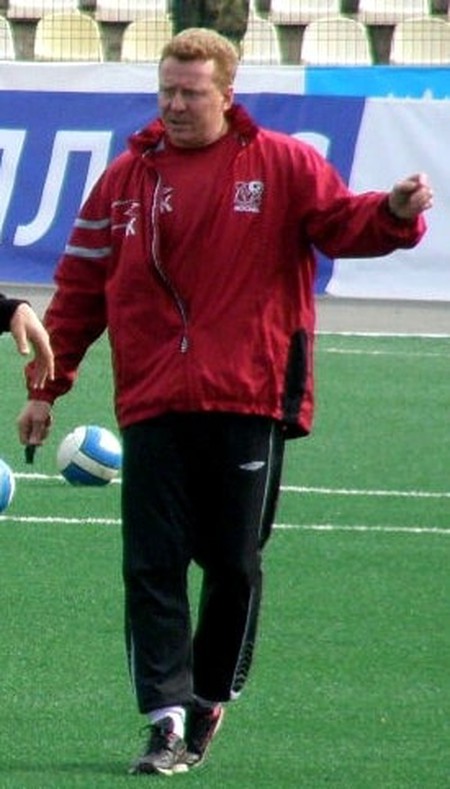 Despite being born in Magdeberg in the former East Germany, Oleg Kuznetsov was pure Ukrainian blood and had a well-decorated career, playing for the Soviet Union, then the CIS and finally Ukraine. He won a ton of honours, including runner-up at the 1988 Euros and the European Cup Winners Cup in 1986 with Dinamo Kiev. Kuznetsov was a cultured Ukrainian defender who also represented the Soviet Union at the 1986 and 1990 World Cups, and the CIS (the temporary team during the break of the Soviet Union) at the 1992 Euros. He won over 10 domestic honours too, including six with Dinamo Kiev and six during a spell with Rangers in Scotland. Kuznetsov was 11th in the European Footballer of the Year awards in 1988. More recently as Ukrainian national team coach he took the side to the last eight of the 2006 World Cup, losing only to eventual winners Italy.

Vladimir Bessonov is consistently voted one of the best full-backs in Soviet Union history. In his 79 caps he even weighed in with four goals during an international career that saw him play at three World Cups. He was a Soviet Union international from 1977 to 1990 and was actually sent off in his final match (a 2-0 defeat to Argentina in 1990). In 1979, Bessonov also represented his native Ukraine at the Spartakiad tournament of the Soviet people. 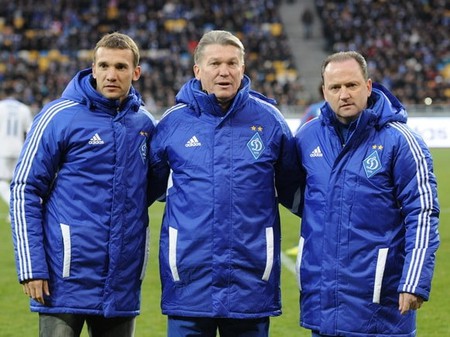 Igor Belanov’s glory day might have been a 1986 World Cup hat-trick against Belgium, but he also made a name for himself during a distinguished career at Dinamo Kiev. At Dinamo, Kuznetsov won five major titles and was named European Footballer of the Year in 1986. Belanov later played in Germany before returning to Ukraine where he was honoured after his retirement with a “Legend of Ukrainian football award” in 2011. Sadly Belanov missed a penalty in the 1988 Euro 1988 final, where the Soviet Union lost 2-0 to the Netherlands.

It would be difficult to leave Vitaliy Starukhin off such a list despite the fact he was only capped once. There are also some big Soviet Union tournament players like Vasyl Rats and Anatoliy Konkov omitted from the list – they were also Ukrainian. However the fact remains here – in 2011, Vitaly Starukhin, together with Oleg Blokhin and Igor Belanov were named as “legends of Ukrainian football” at a local Victory of Football awards. Starukhin is considered by many fans to one be the greatest players to ever play for Shakhtar Donetsk, scoring 132 goals in his career of 298 appearances for club(s) and country. In 1979, Starukhin also represented Ukraine at the Spartakiad internal Soviet Union tournament. 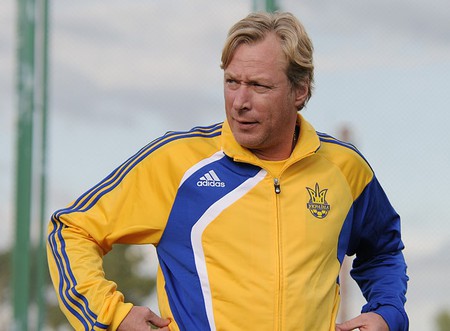 Alexei Mikhailichenko is one of the most decorated Soviet Union Ukrainians, having won over 40 medals in the top leagues of Europe during a colourful 15-year career at the top. Mikhailichenko was three times nominated for the Ballon D’Or, coming fourth in 1988 behind only AC Milan’s Dutch trio of Van Basten, Rijkaard and Gullit. In the Soviet Union with Dinamo Kiev, he was four times national champion, twice runner up and three times a Soviet Cup winner. His medal flush didn’t belong only in the USSR however. He was a European Cup Winners Cup winner in 1986, an Italian Serie A winner in 1991 and he won five titles in a row while playing for Glasgow Rangers in Scotland. On top of all this, he was a Gold Medal winner at the 1988 Olympics, a runner up at Euro 88 and also represented the Soviet Union in the 1990 World Cup. To top it all off, Mikhailichenko was once Soviet footballer of the year and also represented Ukraine and the CIS. 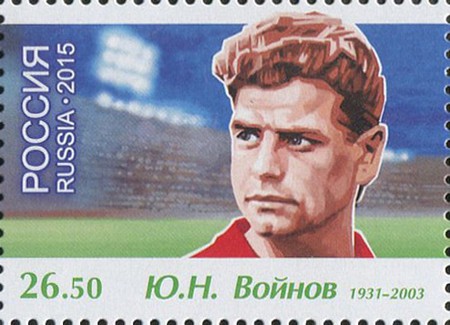 The last entry on the list is deliberately placed at the bottom as although born in Russia, Yuriy Voynov is the only Ukrainian international to have won one of the two most recognisable international football titles (either the World Cup or the European Championships). Therefore he is arguably the most successful member of this list and despite his Russian roots, he came from Ukraine to represent the national team. He was part of the famous Soviet Union team in 1960 which went to France and won the inaugural European Championship tournament where they beat Yugoslavia 2-1 in the final. Neither Russia or any other ex-Soviet nation has achieved such a feat since. Voynov was the only Ukraine-based player in a team mostly made up of Russians and Georgians. This was remembered, as Voynov later appeared on a special postage stamp posthumously, issued in 2015. In 1956, Voynov played four games for his adopted Ukraine at the Spartakiad tournament and scored four goals. Voynov also played in the 1958 World Cup for the Soviet Union.

* All caps and goals listed are for the Soviet Union only unless otherwise stated.