11 Figures in History Every Ukrainian Knows 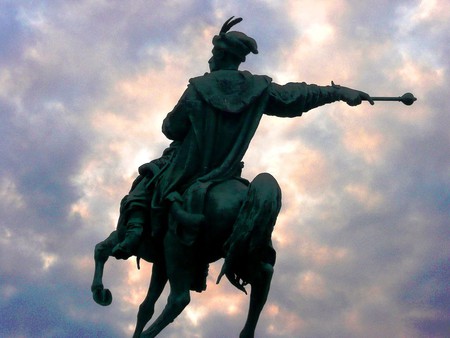 Ukrainian history is abundant with outstanding figures that locals grow up learning about and are proud of. Those great people have contributed to the formation of the modern state, made the culture rich and diverse, and have introduced to the world a range of incredible inventions. Read our guide and meet the figures every Ukrainian knows and loves.

Vladimir the Great is definitely a Ukrainian figure that everybody is proud of. He is known as The Baptizer, Red Sun and The Saint and was the ruler of the Kievan Rus. He opened a new page for the history of the state. Because of his efforts, the Kievan Rus was Christianized in the waters of the Dnieper in 988. Vladimir the Great was the first to mint his own coins on which he put his mark, the trident. Nowadays, that sign is the coat of arms of Ukraine. 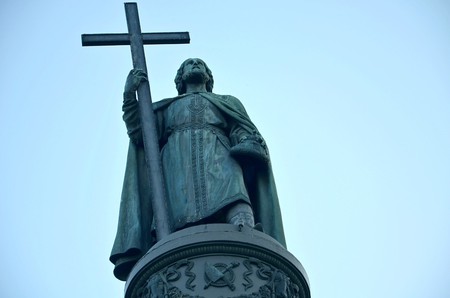 All Ukrainians are truly proud of Mykola Leontovych (Nikolai Leontovich 1877-1921), who introduced the Christmas song “Shchedrik” (the English-speaking version is known as “Carol of the Bells”), to the whole world. It took the Ukrainian composer’s entire adult life to create the five lines of the song, the melody of which has become a classic around the world.

It was Bohdan Khmelnytsky, the first hetman (ruler) of the Cossack state, who headed the first successful uprising for Ukrainian independence. In 1694, during the Pereyaslav Council, he organized an agreement with the Moscow kingdom and was able to gain freedom for Ukraine from the Polish-Lithuanian Commonwealth. 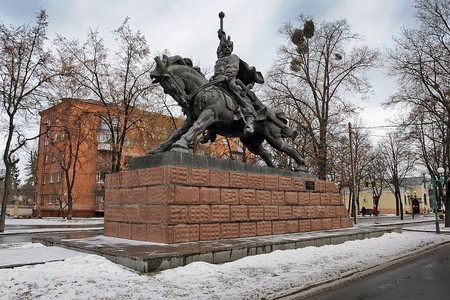 Mykhailo Drahomanov was a leader in Ukrainian social thought in the nineteenth century. He made known to the world the oppression of the Ukrainian language and culture by the Russian Empire (the Ems Ukaz was a secret decree enacted in 1876 to prohibit the printing and publishing of Ukrainian texts). He organized a scientific and literary collective, Hromada, and addressed the issue at the Paris literary congress of 1878.

Taras Shevchenko was a great poet, prose writer, playwright, artist, and political and public figure in Ukraine. In his works, Shevchenko dreamed of the times when his motherland would become an independent sovereign state. It is not surprising that many of Shevchenko’s poems and songs became folk songs. His collection of poems Kobzar (1840) was translated into more than 100 languages, and monuments in his honor have been installed in 35 countries. His image is a symbol of freedom for Ukrainians. 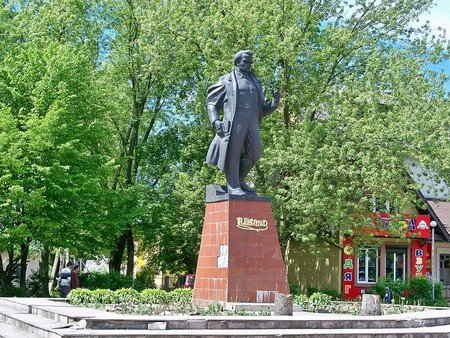 Across Ukraine, Ivan Franko (1856 -1916) is known as a man who was a brilliant writer and an outstanding figure in the liberation movement. Along with his thought-provoking poems and novels, the legacy of Franko has become intertwined in Ukrainian culture. In 1915 he was nominated for a Nobel Prize, but he died before he was able to receive it.

A great Ukrainian philosopher, poet and pedagogue, Hryhorii Skovoroda was not only the founder of landscape lyrics (a genre of poetry representing the author’s attitude toward nature), but also added to the contributions of ancient Greek philosophers’ works on local culture and academic education. Skovoroda (1722-1794) created a concept of intrinsic labor that simplified the understanding of the way to achieve happiness. In other words, he established the idea of “love what you do and do what you love.” 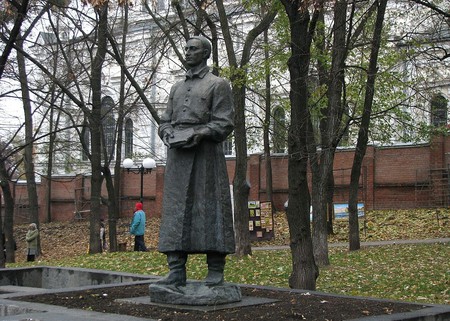 Stepan Bandera is one of the main ideologists of the movement for Ukrainian independence of the first half of the twentieth century. He lived during a time when western Ukraine belonged to Poland. Oppression of the rights of Ukrainians provoked in the young nationalist a desire to protest. As a result, Bandera’s life was filled with a series of terrible events: concentration camps, murders, imprisonment, and consequences with working alongside rebels to name a few. Although many facts of his biography are still covered with a mysterious haze, he remains a symbol of the struggle for sovereignty. 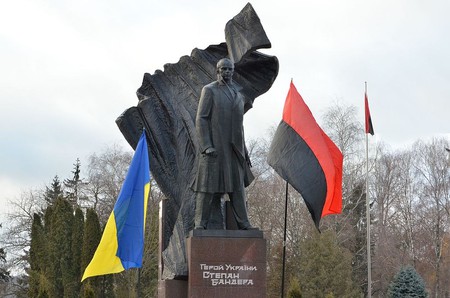 Notwithstanding that many nations consider Igor Sikorsky to be their native, the inventor was born in Kiev and for several years he studied at the Polytechnic Institute (now the Igor Sikorsky Kyiv Polytechnic Institute), where he first began designing the first helicopter. It was Sikorsky, who designed the world’s first helicopter and multi-engine aircrafts called Grand and Ilya Muromets. His designs later became the blueprints for the development of all passenger, military and cargo aircrafts.

Mikhail Grushevsky had a lot of merits – he was a historian, scholar, literary critic, sociologist, publicist, writer, public figure, and political figure. He earned his fame for his fundamental research on local history, which he published in his work, History of Ukraine-Rus, which took him three decades to complete. Moreover, during these years the scientist was the head of the first national parliament (Central Rada) of the Ukrainian Independent Republic. In relation to these events, many citizens believe Grushevsky was the first president of the sovereign state. 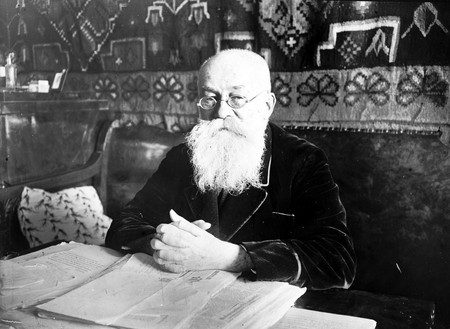 Nestor Makhno (1888 – 1934) was the father of anarchism and the main revolutionary in Ukrainian history. He became quite famous during his life as he was a politician, who took into account the vital interests of the peasantry (then the majority of the Ukrainian population). His followers called him “Father” (Bat’ko in Ukrainian) as a sign of the extraordinary respect they had for him. He was revered as a defender, teacher and savior of the people.