10 Contemporary Ukrainian Artists You Should Know 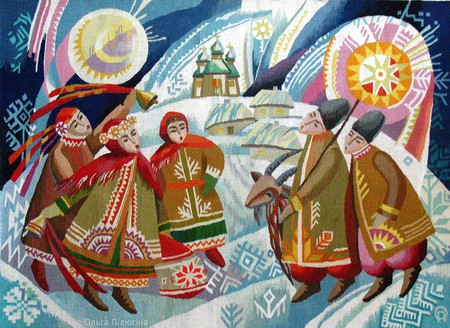 The multifaceted work of Ukrainian artists is welcomed by the world’s leading art institutions like the New York Museum of Modern Art. The combination of varied techniques and the depiction of topical issues makes these artists’ work extremely relevant and equally in demand at home and abroad.

Oleg Tistol is one of the most popular Ukrainian artists, who represented the country at the São Paulo Art Biennial in 1994 and the 49th Venice Biennale in 2001. His art is known and appreciated around the world. The distinctive feature of Oleg Tistol’s work is the artistic rethinking of various clichés and stereotypes through experimentation. One of them was made in the collaboration with designer Anastasia Ivanova in 2013, when the visitors of the 31st Ukrainian Fashion Week participated in the painting of the piece Colouring Book, thus creating an interactive artwork. 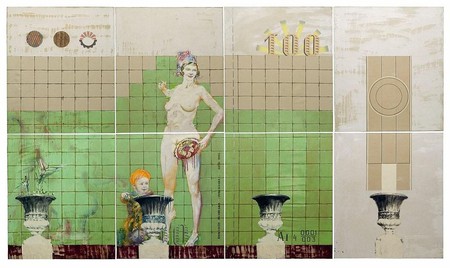 This painter, a true talent of Ukrainian contemporary art, was featured in The Daily Telegraph‘s list of the Top 100 living geniuses (being the only Ukrainian in there). The artist’s oeuvre consists of about 5,000 works, many of which are exhibited abroad. He calls his technique plyontaism, which is a derivative from Ukrainian dialect of the word plyontaty (to weave). The incredible works of Ivan Marchuk consist of multilayered intertwining lines that from a large distance merge into one color.

Eugenia Gapchinska declares herself the “#1 Supplier of Happiness,” and indeed, every Ukrainian easily recognizes the cute and touching style of the artist – chubby angels, occupied with their own affairs. Her galleries are all over the country: Lviv, Odessa, and, of course, Kiev. There you can buy not only her original paintings, but also reproductions in forms of pillows, phone cases, handbags, plates, and everything else you could think of.

Despite the artist’s lengthy career (he was born in 1946), he still remains one of the outstanding Ukrainian contemporary artists. His works are made in vivid colours, with local motifs that often lead to strong emotions. Anatolii Kryvolap is also the most expensive artist of Ukraine, as his piece titled Horse. Night sold for $186,200 at the Phillips auction in 2013.

Oksana Mas has experienced a lot of critique in Ukraine, but her achievements are definitely worth mentioning. She twice exhibited at the Venice Biennale, and her masterpieces are sold at the Christie’s and Sotheby’s auctions. In 2011, the whole world was inspired and impressed by the mosaic panel A Glance into Eternity, made from 15,000 hand-painted Easter eggs and installed in Saint Sophia’s Cathedral – one of the most popular attractions in Kiev.

In recent years, Aleksandr Rojtburd has firmly entrenched his status as a Ukrainian contemporary artist. His works are exhibited in the Kiev National Art Museum and the PinchukArtCentre (a museum of contemporary art in Kiev), the Moscow Tretyakov Gallery, the State Russian Museum in St. Petersburg, and the New York Museum of Modern Art. In addition, he is one of the founders of Ukrainian postmodernism. 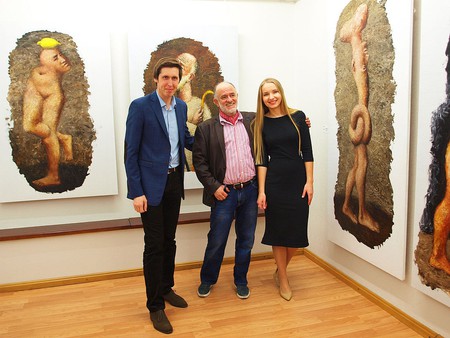 Petro Bevza is a member of the National Union of Artists of Ukraine. He is also an extremely diverse personality, being a sculptor, photographer, and video artist all at the same time. His art is perplexing and paradoxical, because in his paintings he tries to maintain a balance between real and virtual worlds. Blurred lines, contrasting colors, and relevant topics – that’s how the works of Petro Bevza can be described.

Vasiliy Tsagolov shares with us a range of large-scale expressive paintings with fictional stories. He draws criminals, aliens, fairy-tale characters, and office clerks. He actively reacts to current trends in the world and regularly participates in group exhibitions in the galleries of New York, Miami, and Moscow. Having created many sculptures and installations, Tsagolov has always remained faithful to painting.

An independent Ukrainian painter, who creates abstract works centering on the theme of space that seek a sense of instability and weightlessness. Interestingly, her work is rather sober, similar to laboratory work or scientific research. Alena Kuznetsova thoroughly explores painting and color as an independent entity through a combination of multiple techniques.

Olha Pilyuhina creates tapestries using the technique of smooth hand-weaving. The process of her work is extremely complicated: she starts from the graphic outline, then adds color and extends the image to the actual size of the tapestry. The next stage is the selection of threads, in which some shades are formed by two colors to enhance the effect. The weaving of the work lasts around three months, taking into account the already prepared materials and image. 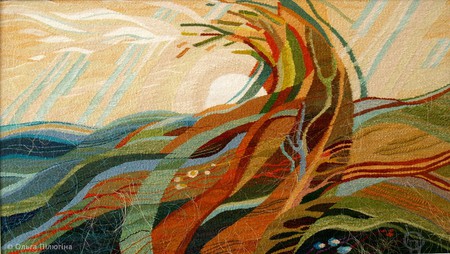