A poet, political activist, writer, journalist and sociologist, Ziya Gökalp occupied many roles during his lifetime, all of which he used to stridently put forward an idea of Turkish nationhood and nationalism which still holds sway today. More than any other literary figure he has become an indissoluble part of the political establishment in Turkey, which is in many ways founded on his ideals. 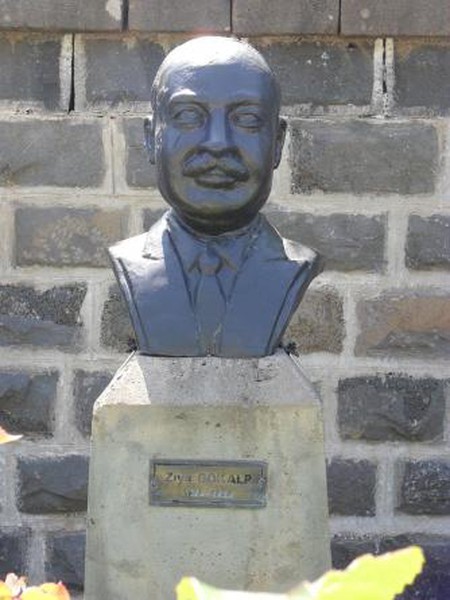 Ziya Gökalp was born Mehmed Ziya in Diyarbakır Province in 1876, which was then a cultural and political frontier of the Ottoman Empire. His early life was shaped by the shifting terrain of national identity which he saw around him. This multi-cultural area was home to a mixture of Turkish, Kurdish and Armenian people, all governed over by the rapidly deteriorating Ottoman Empire, which still maintained a tenuous hold over this vast territory. Gökalp saw the Turkish identity of his forebears subsumed within the Ottoman hierarchy and lost in the increasingly decadent palaces of that great Empire. He became infatuated with the idea of Turkish nationalism, and the possibilities for the unification of Turkish people. He opposed not only to the dissipation of the Ottoman Empire, but also to the rising tide of Islamism, which he viewed as a unnecessary distraction from the more pressing issue of Turkish nationalism and modernisation.

Upon moving to Istanbul in 1896 he devoted himself to revolutionary activity, becoming a member of the underground revolutionary group the Society of Union and Progress. He suffered multiple imprisonments for his subversive activity, but built up a network of like-minded individuals and followers, as the Turkish public became increasingly disenchanted with the rule of Abdul Hamid II.

It was during this period that he changed his name to ‘Gökalp’, which means ‘Sky warrior’, and began to publish poetry and prose which encapsulated his political ideology, as well as fiercely denouncing the ruling regime. He also began to write and publish longer theoretical and academic works which interrogated the notion of Turkish identity and attempted to find some unifying current within that identity. These works were informed by contemporary ideals of nationhood which were sweeping Europe, and through them Gökalp sought to find some form of ‘shared consciousness’ which could underlie the Turkish nation. Alongside these questions of identity Gökalp interrogated questions of modernity, seeking to discover a form of modernisation which did not run solely on Western European lines, and allowed for cultural differentiation. He looked towards Japan as a model for this form of modernisation which did not involve abandoning cultural distinctiveness. 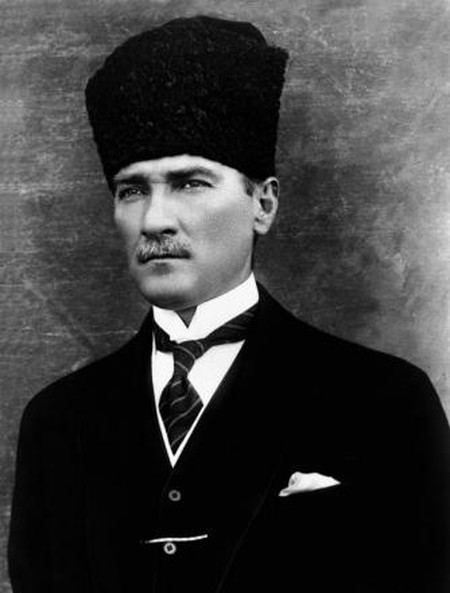 Gökalp’s poetic works embodied the political ideology he espoused in his other writings, with much of his poetry featuring a romanticised, pre-Islamic version of Turkish identity. His works and ideology would form the basis for the Republic of Turkey, which was established in Ankara in the early 1920s under the leadership of Mustafa Kemal Atatürk, who is still revered as the father of the Turkish Republic and an icon of a secular, modern Turkish nation. Atatürk’s nationalist beliefs and policies were endorsed by Turks who had seen their Ottoman rulers become increasingly remote, and who yearned for a political leadership which reflected their own identity and would put Turkey on the path to modernity.

The reclamation and elevation of Turkish identity would focus around the ideas of Gökalp and would lead to the unification of the previously diverse Ottoman Empire, including the imposition of Turkish language and culture onto all citizens. Gökalp’s most potent political work would be The Principles of Turkism, which he published in 1923 just as the Turkish state emerged from the rubble of the Ottoman Empire. He would not live to see this state establish itself, passing away in 1924 just as the last remnants of the Ottomans were swept aside, but his ideas and beliefs remained vital in shaping the then nascent Turkish identity.

Gökalp’s legacy is evident throughout modern Turkey and his thought remains an integral part of the political discourse, which even now sees heated debates between secular modernisers and traditional Islamists, who fight on the grounds that Gökalp demarcated almost a century ago. Although celebrated by many, he remains a controversial figure, and has been criticised for his fervent declarations of cultural homogeneity, which many believe led to the Armenian genocide. Gökalp nevertheless remains a revered figure in Turkey and he is remembered through various monuments and statues, including the Ziya Gokalp House Museum in Diyarbakir, which collects works and mementos from his life.