Your Guide to Ankara's Famed Museum of Anatolian Civilizations 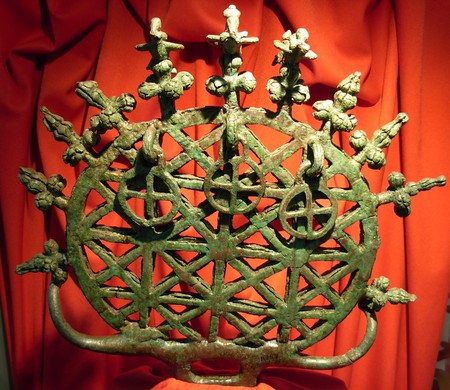 Ankara’s Museum of Anatolian Civilizations exhibits stunning findings from Anatolia’s most important archaeological sites and provides a comprehensive view of Turkey’s ancient past. Check out our guide to the museum’s exciting displays and the history of its buildings.

The museum is located within the two Ottoman-era buildings near the Ankara Castle in the Atpazarı district: the Mahmut Paşa Bedesteni and the Kurşunlu Han. Mahmut Paşa Bedesteni is a bedesten (covered bazaar) built between 1464 and 1471 by Mahmut Paşa, one of Mehmet the Conqueror’s viziers—the domed structure is believed to have contained around 100 shops selling garments made of pure Angora wool. Kurşunlu Han was a 15th–century caravanserai composed of a courtyard and a two-story bazaar with around 30 rooms on each level. In 1881, both structures were abandoned after a fire until 1938, when they were chosen as the location for the city’s new museum in with a restoration project that lasted until 1968. In 1997, it was named European Museum of the Year in Switzerland. 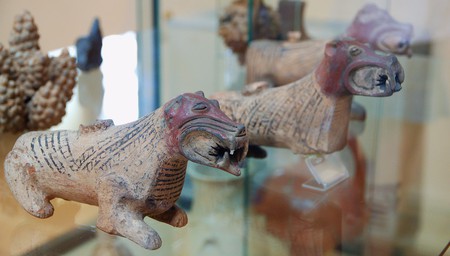 The Museum of Anatolian Civilizations has eight distinct sections, following a chronological order, filled with precious artifacts that shed light on Turkey’s ancient history. The first section features findings from the Paleolithic Age (before 8000 B.C.), including stone and bone tools used by hunter and gatherer communities that lived in caves. Neolithic Age (8000–5500 B.C) artifacts display the beginning of food production and settlements by the communities that lived in the era. Among the objects are sculptures of mother goddesses, stamps, earthenware, and tools made of bone. 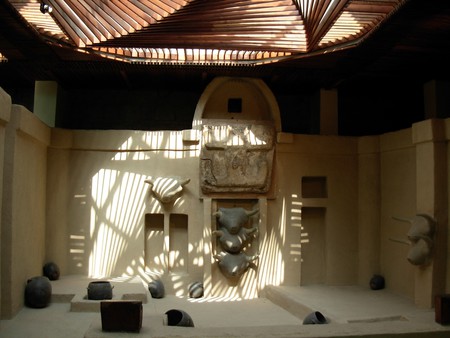 The Chalcolithic Age, or Copper Age, (5500–3000 B.C.) is represented by stone and copper tools, which became more common in the daily lives of the contemporary communities. Bronze, tin, and alloy begin to make an appearance in the Old Bronze Age (3000–1950 B.C.); casting and hammering techniques were also developed during this time, and visitors can see them with valuable metals and beautiful, symbolic sculptures from discovered tombs. 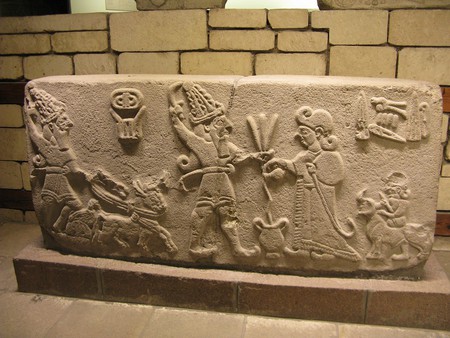 The artifacts become even more impressive by the time the exhibitions explore the Hittites (1750–1200 B.C.), Anatolia’s first political union formed in the Kızılırmak basin. The Hittite Empire’s many remnants include seals from the king, bull-figure and earthenware containers, and tablets from government archives discovered in Hattuşas, the empire’s former capital, as well as other important sites. The museum’s last three exhibitions include artifacts from the Phrygians (1200–700 B.C.), who migrated from the Balkans and gained control over Anatolia with a capital in Gordium, and the advanced architectural technology of the Urartu civilization (1200–600 B.C.). At the end of the ancient tale are the Late Hittites (1200–700 B.C.), the Hittite communities that broke away from the core empire and established their own states in Anatolia. 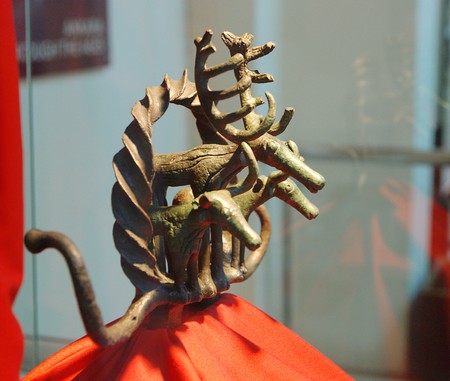