Why Ayvalık and Its Islands in Turkey Are An Aegean Haven 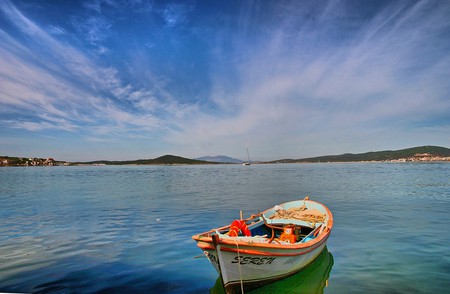 A seaside town on Turkey’s northwestern Aegean coast, Ayvalık is full of historic stone houses, narrow cobblestoned streets, and fishermen’s boats at its dock. If that didn’t suffice, the town is surrounded by an archipelago of islands that are equally lovely and truly possess that certain Aegean flair. Here are some top reasons why you should visit soon.

Speaking of the archipelago, it’s possible to take a boat tour from Ayvalık all around the more than 20 different islands. The boats take off in the morning from the harbor and tour around the beautiful islands and the Aegean until evening. Tours cost around 35-40TL (about 8-10 Euros) and include lunch. 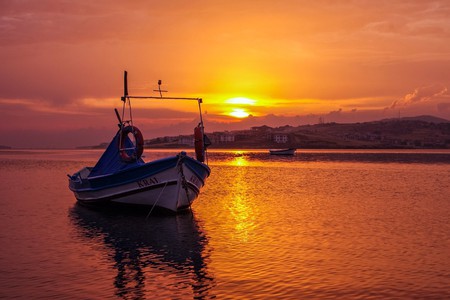 The island of Cunda is one of the most popular destinations outside of Ayvalık and is a true paradise of olive trees, historic stone houses, great fish restaurants, and plenty of olive oil shops. One of the island’s best restaurants is Ayna Cunda, while Taş Kahve is its most popular café where locals eat breakfast and drink their afternoon tea. Bay Nihat by the waterfront is also one of Cunda’s best fish restaurants.

Once populated almost entirely by Greeks, the historic stone houses still remain and really define the town’s Aegean aesthetic. Walking along the cobblestoned streets to discover all the different and colorful variations of these beautiful homes is one of the essential activities in Ayvalık. Make sure to have a camera with you because you’ll definitely want to take some photos. 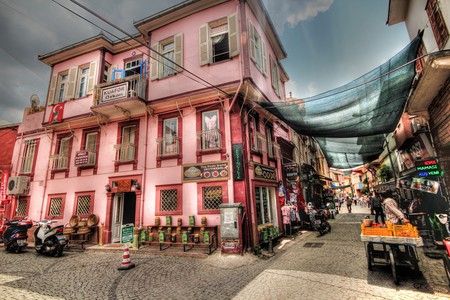 Apart from the great restaurants in Cunda that we’ve mentioned, no visit to Ayvalık would be complete without eating the signature Ayvalık Tostu (Ayvalık Grilled Sandwich). Composed of sausage, salami, sucuk, Russian salad, pickle and melted kaşar cheese, the best place to taste this hefty sandwich is at the Tostçular Çarşısı (Grilled Sandwich Market). Ayvalık’s other musty try restaurants is Yörük Mehmet’in Yeri.

Ayvalık and Cunda are known for producing some of Turkey’s best olive oil and you should definitely take a few bottles along while you’re there. The best olive oil brand is certainly Kürşat, a small family-owned company which has produced entirely eco-friendly olive oil from their ancestral groves for many years. 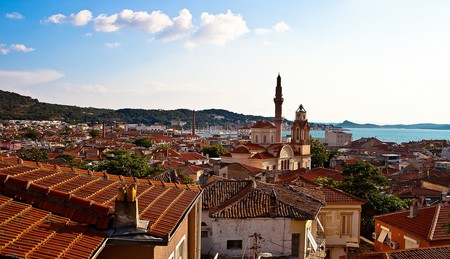 Şeytan sofrası translates to ‘the devil’s table,’ and locals believe that the footprint of the devil can be found on this particular hill. Visitors like to throw coins into the supposed footprint for good luck, but the other reason for visiting this site is to take in the amazing view, particularly one of the most beautiful sunsets imaginable.

Swimming at the Beach

Of course visiting Ayvalık would not be complete without taking a much needed dip in the sea. Among the area’s most popular beaches are Sarımsaklı and Patriça Beach. If you’re staying in Cunda, make sure to book a room at Otel Sobe, which has its own private beach that is absolutely beautiful. 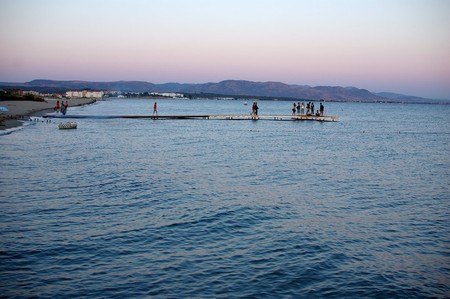 Ayvalık’s most prominent historic structures include the Çınarlı Cami, formerly the Greek Orthodox church of Ayios Yorgis, which was converted into a mosque in 1923, and the Saatli Cami, formerly the Agai İanni church built in 1850, which was converted into a mosque in 1928. Cunda’s historic structures include the Agios Yannis church, dating back to 1924, which was restored in 2007 and converted into the Sevim And Necdet Kent Library with a café that overlooks the island from a beautiful peak and the Taksiyarhis Church, built in 1873 and restored and reopened as the Rahmi M. Koç Museum in 2014. On the far corner of Cunda, the Ayışığı Manastırı (Moonlight Monastery) is also worth a look as it’s being beautifully restored thanks to the Koç family. 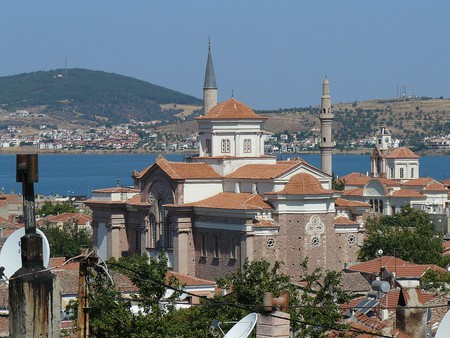 Ayvalık | © Commons-Fronobulax/Wikimedia Commons
Give us feedback