Why Anıtkabir Is Ankara’s Most Monumental Site 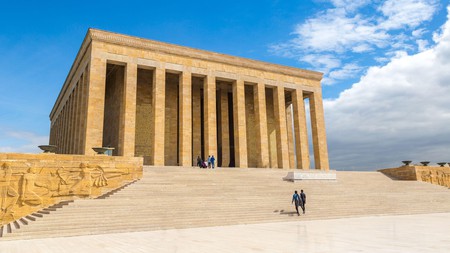 Anıtkabir is a profoundly important site in Ankara, Turkey. It’s the mausoleum of Mustafa Kemal Atatürk (founder and first president of the Turkish Republic). But it’s also a grand feat of design and a great example of the Turkish style known as the Second National Architectural Movement. Here we take a look at the significance of the mausoleum, both historically and architecturally. 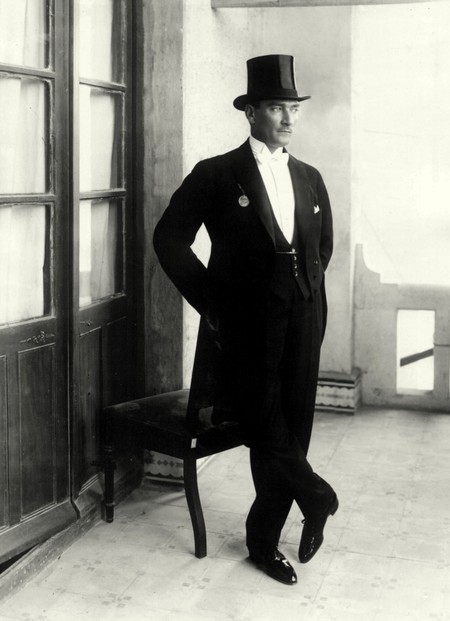 This mausoleum of Mustafa Kemal Atatürk, in the heart of Ankara, is reason enough to visit the city. Having served as a military officer in the Ottoman Empire, Atatürk led the Turkish National Movement in the Turkish War of Independence after the dissolution of the empire. After leading his troops to victory, he established reforms to turn the former empire into a modern and secular republic. He became the first president of the newly established Turkish Republic in 1923, serving until his death in 1938. It was at this time that plans for his final resting place began.

Choice of location and project competition 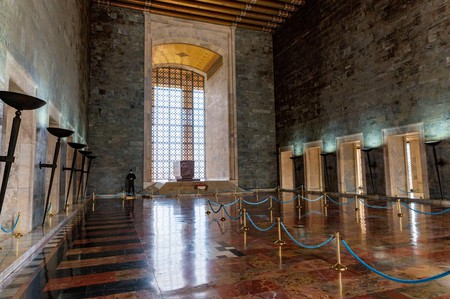 The Hall of Honor is particularly beautiful, with different coloured marble imported from across Turkey | © Yakov Oskanov / Alamy Stock Photo

After much deliberation, Rasattepe, a hill overlooking the city in the Çankaya neighbourhood, was chosen and later renamed Anıttepe. During the initial stages of construction, remnants belonging to the Phrygians, an ancient state dating to the 12th century BCE, were unearthed; see them at the Museum of Anatolian Civilizations. As for the architectural project, a competition was held and (even though it was the middle of World War II), 49 proposals from Turkey, Germany, Italy, Austria, Switzerland, France and Czechoslovakia were submitted. In the end, the proposal from professor Emin Onat and assistant professor Orhan Arda was chosen for its representation of the national architectural style. 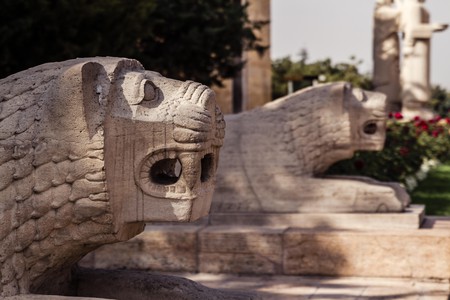 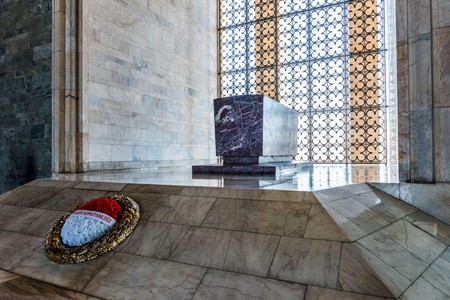 Other striking features are the two monolithic stones upon which Atatürk’s sarcophagus rests. These stones weigh around 35,000kg (77,162lb) each and were cut from the Gavur Mountains in the Adana district and were manufactured in Kayseri. The travertine-paved road leading from the entrance to the Ceremonial Plaza is named the Road of Lions and is decorated on the sides with roses and junipers as well as lion statues typical of the style of the ancient Hittite Empire. The mausoleum itself is the most important part of Anıtkabir and is reached by ascending 42 steps from the Ceremonial Plaza.

Interested in visiting? You can enjoy a guided tour of Anıtkabir on Culture Trip’s epic 12-day small-group Turkey adventure, led by our local insider.