Why Amasra in Turkey is the Perfect Getaway From Tourist Crowds 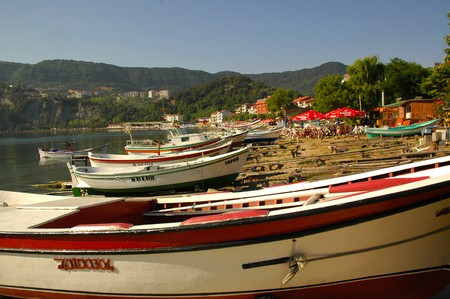 Hidden away from the world with almost no foreign tourists, Amasra is full of history, great seafood, and gorgeous remote beaches. Check out all the details about this Black Sea port town that might just become your next off-the-beaten path vacation spot.

Formerly known as Amastris, Amasra was part of the ancient region of Paphlagonia and was seen worthy of a mention by Homer himself in the Iliad. By the Byzantine era, the acropolis of Amasra was changed into a fortress while the church (which still exists today) was built. By the 9th century the town was quite prosperous due to the local industries such as farming, as well as trade, and by the 13th century the Black Sea town was first taken over by the Empire of Trebizond and later by the Seljuk Turks. However, when Ottoman Sultan Mehmed II conquered the entirety of the Black Sea coast, Amasra became part of the Ottoman Empire. 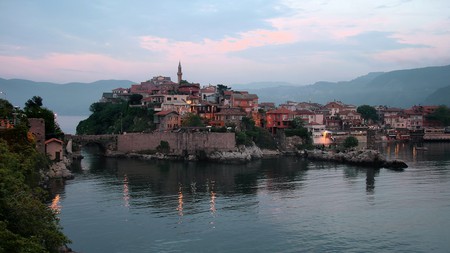 Located right by the sea, Amasra’s Archeological Museum exhibits remains from its rich past from the land and sea. One of the highlights is the statue of Glykon, a god in the shape of a snake from the Roman era. A joint construction of Roman, Byzantine, and Genoese eras, the Amasra Castle sits atop the promontory overlooking the Boztepe and Zindan harbors. The original walls have survived the passage of time as well as the Byzantine church (converted into a mosque in 1460) built in the 9th century and the Dereağız Tunnel, which allows visitors to walk from the castle to a freshwater pool. 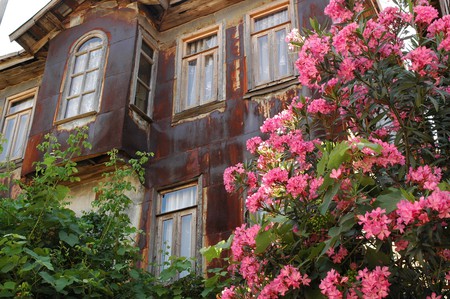 One of the best places to take a dip in Amasra is Küçük Liman, which is a remote cove located close to the Amasra Castle where forest-green and sea-blue come together in perfect harmony. Büyük Liman, also close to Amasra’s city center, is the other option with a sandy beach and beautiful translucent waters. A bit further to the east, the Bozköy Beach is very much worth the around 13km drive as well as the Amasra Çakraz Beach (around 16 km away), which has a beautiful sandy beach surrounded by an evergreen-mountainous-terrain. Last but not least, the Göçkün Beach is the perfect place for those who want to get away from everyone and really bask in solitude and nature. 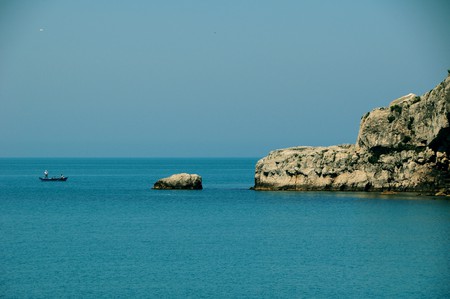 As a seaside town, it’s no surprise that Amasra’s most famous dishes are fresh fish and meze. One of the best places to try this fresh seafood is Mustafa Amca’nın Yeri, located on the western side of the peninsula with tables outside right by the water where you can take in the beautiful sunset. 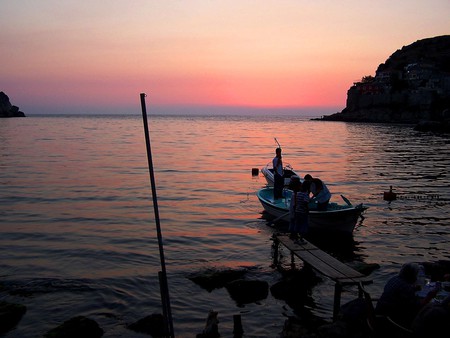 Amasra | © Banu/Flickr
Give us feedback