Whirling Dervishes Of Istanbul: When And Where To Find Them 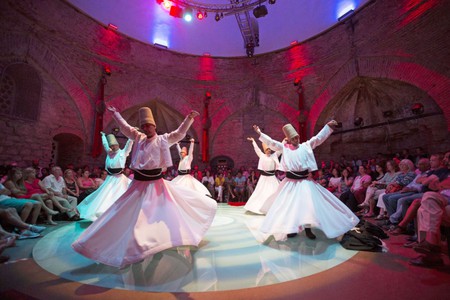 The whirling dervish may have become an iconic image synonymous with Istanbul, but its roots lie with Sufism and the Mevlevi Order, which was formed in 1312 in the Turkish city of Konya. Sufis are followers of the 13th century Persian poet, Islamic theologian, and Sufi mystic Jalāl ad-Dīn Muhammad Rūmī (or Mevlânâ). Nowadays, the whirling dervishes have become a cultural spectacle with many displays organised by the Ministry of Culture and Tourism. We take a look at some of the best places to watch the dervishes in all their glory.

Istanbul’s first Sufi lodge, the Galata Mevlevihanesi, was established in 1491 and underwent numerous renovations due to the fires and earthquakes that were a common occurrence in Istanbul at the time. During the reign of Sultan Abdulmecid (1823-1861) the lodge took on its final form. When the law forced Sufi lodges to close in 1925, the Galata Mevlevihanesi building was used as a school until 1946 when it was turned into a museum. Nowadays, the Mevlevihane has lifelike exhibits that show life at the Sufi lodge as well as Sufi instruments, art, photographs, and historic maps that show the former lodges all over Turkey. Of course, one of the most important aspects of the Mevlevihane are the whirling dervish performances every Sunday at 5pm, which are absolutely mesmerising given the rich history of the building itself. 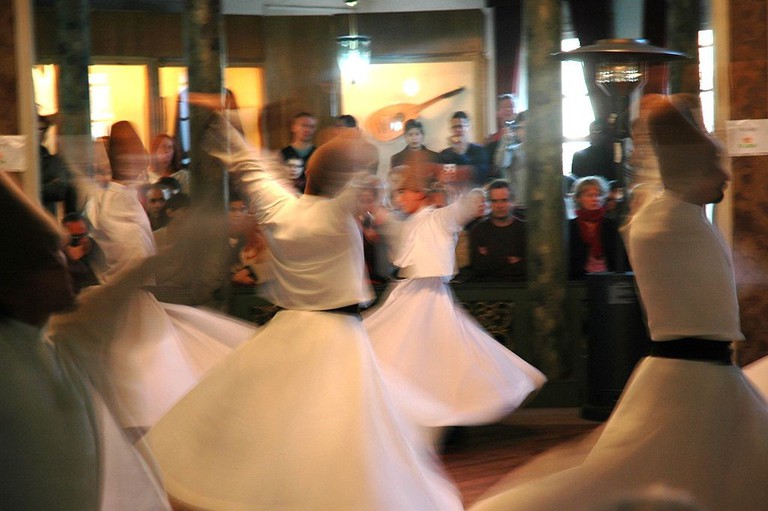 Istanbul Sirkeci | © Martin Dürrschnabel/Wikimedia Commons
Built in 1890 by the Oriental Railway, the Sirkeci Train Station is as much part of the city’s symbols as the Haydarpaşa Train Station on the Asian side. After the Crimean War, a railway connecting Europe with Istanbul was seen as essential by the Ottoman authorities, and one of the country’s most famous railways, the Orient Express, began running from Paris to Istanbul beginning in 1883 until 1977. It is also in this striking and nostalgic environment that the Whirling Dervishes are especially inspiring, and regular performances are held every Monday, Tuesday, Wednesday, and Sunday at 7:30pm with an admission fee.
Open In Google Maps
İstanbul, 34110, Turkey
Visit Website
Give us feedback

Hodjapasha is a former hamam dating back to the heyday of the Ottoman Empire, which was renovated to become one of Istanbul’s most interesting culture and performance centres. Heightened visually by 360-degree video mapping technology, the Whirling Dervish show at Hodjapasha is unique and includes an exhibition with information displays, objects belonging to the world of dervishes (such as clothing and instruments), and hyperrealist dervish statues. The performances take place every Tuesday, Thursday, and Saturday at 7pm with an admission fee (which can also be purchased online). The technologically advanced performance centre also hosts traditional Turkish dance shows (including belly dancing) as well a contemporary Ottoman dance show called the White Rose. 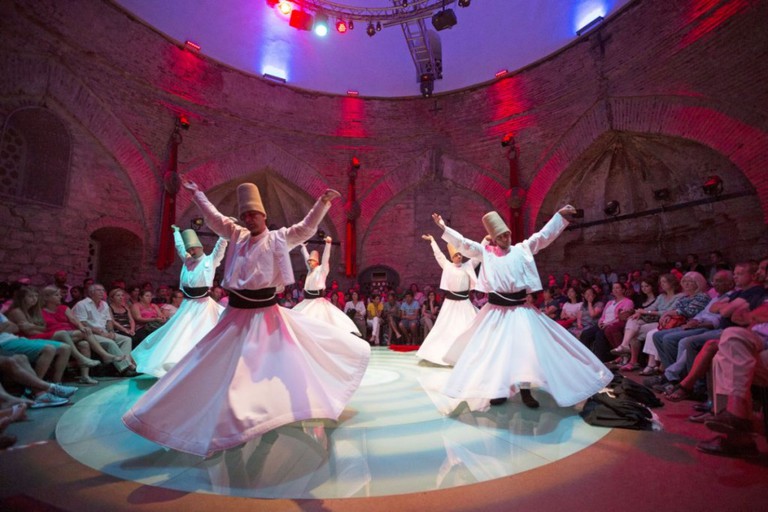