Using Today's Technology to Preserve the Past 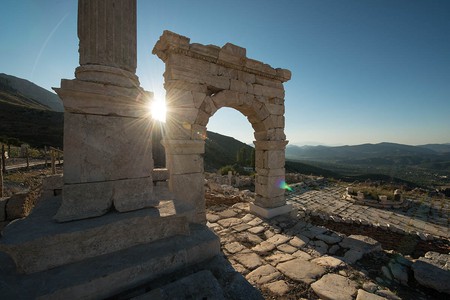 Technology is often painted as a remorseless destroyer of the way things were. It takes our jobs, tracks our movements, and kidnaps our attention. But it also helps retain our sense of history, stretching back thousands of years.

War in Syria has caused tremendous loss of life and displacement, and has also decimated the country’s structural heritage. Historical attractions have been destroyed, museums have been ransacked, and ancient art and culture vandalized.

Several organizations have attempted to use technology to salvage some of Syria’s heritage. The Institute of Digital Archaeology is one such organization, most famously producing a replica of the Triumphal Arch, the 2,000 year old monument that was destroyed in Palmyra in August 2015. The arch, one third the size of the original, was produced using “state-of-the-art 3D technology” and was then exhibited in London, New York, Dubai, and Italy. Computer-based 3D rendering was used initially, before 3D carving technology replicated the look of the arch in Egyptian marble stone.

Somali Architecture is another example of using technology to preserve the past, although the buildings and monuments from pre-war Mogadishu are preserved digitally through 3D modeling. The company uses archival research to find and recreate buildings before they were destroyed during the war, and also has a popular Instagram page.

“What this goes to show is that even destroyed heritage can be returned to us in some way—as long as there is proper documentation of it. That’s something that we are working diligently on at Global Heritage Fund,” says Ms. Nada Hosking, Director of Programs and Partnerships at the Global Heritage Fund. “In our AMAL in Heritage program, we’re creating a platform that enables anyone—from professional conservators to laypeople—to document their heritage with just a smartphone. When a heritage site is threatened or destroyed, documentation like this becomes critical to repairing or restoring it. It’s the first step in the process of recovery.

“This is allowing for a new relationship between people and their heritage sites to develop. We no longer have to be content with saying, “Well, it’s been destroyed, so it’s gone forever.” This is welcome in some ways, but we have to be careful, too. Recreations and reconstructions may have the look and feel of a heritage site or monument, but they lack the historical depth of them, and we cannot neglect to preserve what history has handed down to us,” she adds. 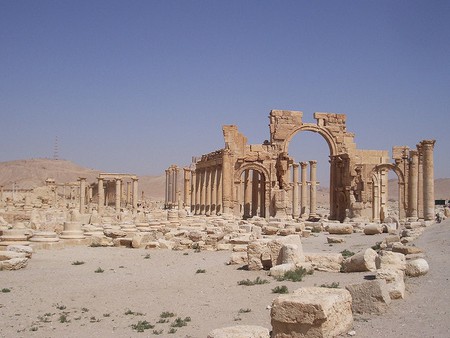 The Global Heritage Fund also looks to recreate and preserve historical monuments on the sites on which they were originally lost.

Around the year 518, an earthquake devastated Sagalassos, a Hellenistic city in the Taurus Mountains of Turkey. The city’s inhabitants left this place of wealth and beauty and settled in the modern town of Aglasun further down the mountain, leaving Sagalassos destroyed, empty, and forgotten. But with the help of technology, the ancient city is on its way to being restored.

The Global Heritage Fund, a non-profit organization, has been working with the Sagalassos Archaeological Research Project from the Katholieke Universiteit Leuven to restore and even reconstruct ancient monuments of the city. The group has worked to restore the Southeast Gate of the original marketplace in the city. The gate was crafted from cut limestone but was found collapsed except for two pillar bases, which were still partially intact. The team used photogrammetric techniques to capture the collapsed blocks of the gate in 3D, then carried out preliminary cleaning of each piece at the site. After studying how they fit together, they were able to determine a preliminary restitution of the monument.

The team then used advanced construction techniques to rebuild the gate. A trial construction in 2016 was followed by a careful build the following year, with permanent vertical and horizontal connection. The horizontal connections of the gate were put together with ropes made of woven fiberglass, and the vertical connections had carbon-fiber and epoxy mortar replacing the remains of the ancient iron-lead dowelling system. When the gate was reconstructed, only the two supplemental blocks supporting the pillars were required; the restoration of the ancient monument was completed mainly with its original materials.

The end result is staggering, and a piece of human heritage which would otherwise have been lost was recreated. 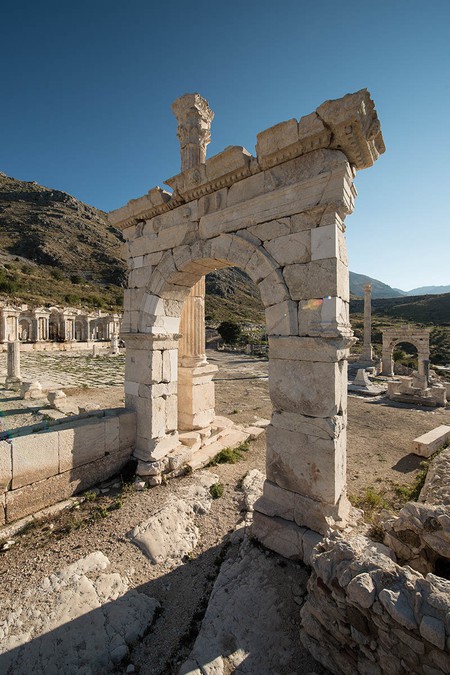 “Much of this would have been either immensely difficult or impossible without the creation of advanced computer modeling or space-age materials like carbon fiber tubing, both of which reached commercial viability not long ago,” says Hosking. “This is just one example of many where our organization is using advanced technology to preserve and protect the world’s most vulnerable places.”

Technology isn’t just being used to preserve existing, ancient, and recently destroyed architecture and heritage, it’s also helping to find it. A recent project in the Guatemalan jungle took aerial data and Light Detection and Ranging (LiDAR) technology to reveal more than 60,000 Mayan structures in the jungle. That same technology can be deployed all over the world to uncover ancient architecture from above without disrupting the landscape below unnecessarily. 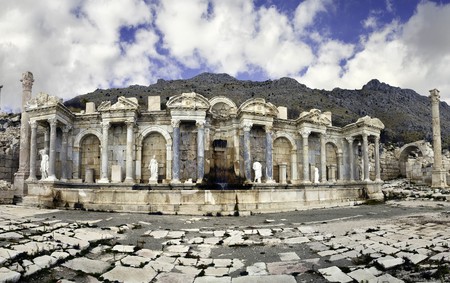 As new methods preserve heritage digitally, the natural progression would be to allow people to visit and experience it digitally as well, through virtual reality. With that comes the danger that people may not visit heritage sites anymore, preferring to view them from home and denying the locations the money they need to prosper.

“That sort of doom and gloom seems absurd to me,” says Hosking. “The global travel industry is worth trillions and is growing every year. It’s just changing, and we should think about other industries that experienced change and survived.

“I think the same thing will happen with cultural heritage sites,” Hosking says. “People will become more interested in these sites when they have immediate access to them from the comfort of their home. They will be exposed to more places and have a greater desire to see them in person. And that’s a fantastic way for cultural heritage preservationists to set the narrative.”