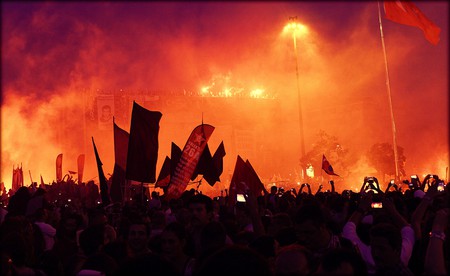 Journalist, novelist, and poet Ece Temelkuran’s latest book Turkey: The Insane and the Melancholy, a gripping work of non-fiction interspersing modern Turkish history with memoir, was translated to English and released this month. Read our interview with her here.

“Do you think the PKK is a terrorist organization?” An innocent enough question, one should think, especially when posed at the House of Commons. Yet the furor it caused appeared, for a few minutes at least, to be beyond restraint. The scene took place a few months ago, instigated by the inquiries of a Turkish journalist, and directed at two prominent members of the social-democratic opposition (the CHP), visiting London to discuss their country’s situation: Gürsel Tekin and Sezgin Tanrıkulu. The former waited for the room, packed to the brim with young expats, to calm itself, before giving a response that triggered it again, albeit this time triumphantly: “I won’t answer. We all know what happened to Tahir Elçi”.

And indeed everyone there did: Imprisoned and repeatedly threatened for responding to a similar question in the negative, the lawyer had been assassinated just three months prior. 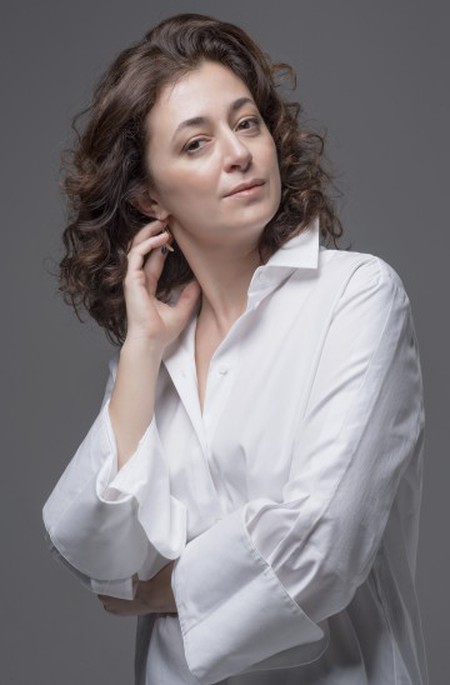 The incongruous and the downright despicable have long made regular appearances at the Commons (if interested in the latter, take a look at the video speech given there a year and a half ago by Moussa Ibrahim, a former member of Colonel Gaddafi’s government and wanted war criminal; an event I’ve only ever heard the brave Kate Godfrey criticize publicly), yet it is rare to find these displays erupt into violent reactions. The turmoil that has been unfolding recently in Turkey, however, does appear to warrant a particular show of liveliness. Widely touted as a democratic success at the start of the millennium, the country is now the subject of one of the world’s most severe political repressions, having seen an estimated 43,000 people detained since the attempted military coup in July (not to mention the other political trials and general intimidation that have marred the Turkish people for years).

As is made clear by author and journalist Ece Temelkuran’s new book Turkey: The Insane and the Melancholy, the natural response to these events unfortunately cannot be confined to anger and indignation; once problems start to drag, to appear unstoppable, reactions take on a different form. If the work’s scope veers on the epic — tracing the country’s current problems back to 1915 and the Armenian Genocide — the main threads are evident throughout: In stark contrast with the post-Soviet states’ particular brand of resigned pessimism (movingly displayed in Svetlana Alexievich’s Second-hand Time), in Turkey, one copes with ongoing historical troubles by mixing their sadness with humor and determination. “‘This is Turkey!’” she writes in the introduction, “quite possibly the most overused phrase, […] used to allude to extraordinarily ludicrous situations and events. Always accompanied by a sardonic smile”. A proof, if need be, that not all is lost quite yet.

Temelkuran’s description of the 2013 Gezi Park Protests — Turkey’s aborted version of the Arab Spring, joined by millions at its height — makes them seem profoundly dissimilar to the West’s own recent attempts at spontaneous combustion. If the solidarity found at Occupy Wall Street, for example, was peppered with grim theorizing and sober nervosity, its Istanbulite counterpart had more sarcastic, and occasionally festive, traits. In that regard it had a certain air of ‘68, where music, rakı (a fermented response to the ban on alcohol, of course), and humorous slogans (“We are the soldiers of Gandalf!”) existed side-by-side with daily violence. A comparison that does not end there, unfortunately, as Gezi likewise failed to produce any immediate effect, and the machine all these movements were set up against continues untrammeled to this day.

While focusing on the sentimental may at first appear a little inappropriate for a subject matter at once so pale and political, it would be unwise to forget the role feelings play in these events. As George Packer’s landmark The Unwinding demonstrated a few years ago (albeit regarding the tragic decline of the American middle class), the emotional narrative is crucial in understanding the direction of politics. Something analysts and academics would do well to remember. 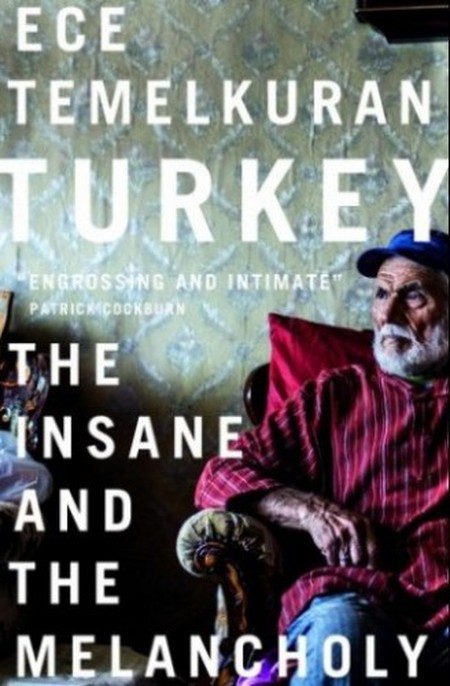 It is with these considerations that Temelkuran excels; she is, first and foremost, a literary writer, and her concerns are with all aspects of the story. Her first book published in English, Deep Mountain, was an extended reportage on the ‘Armenian Question’, originally intended for a Turkish readership, and remarkable for its emotional depth. There she uncovered, welded deep inside an ostensibly simple problem, something of a psychological curse: a denial of history on the part of Turkish officialdom, and a refusal to move past the fact for its Armenian counterparts (particularly within the various diasporas in Western Europe and the United States). Each generation of the latter inherits an anger greater than its predecessor, the result of tales of woe and horror, and each of the former is more ignorant than the last, the consequence of a deliberate state policy of forgetfulness. Any attempt at finding common ground between the two communities has become impossible… the center cannot hold. In her words: “I argue that stripping politics of a human face is wrong, that such an approach is ultimately dehumanizing, that it obstructs dialogue”. One needn’t think too hard to appreciate the resemblance to other long-standing conflicts.

That this already passionate display was motivated by personal tragedy — the murder of her friend, Turkish-Armenian journalist and editor Hrant Dink, in 2007 — only serves to make the book more personal. As with many great non-fiction works of the past few years, the narrative is endowed with a strong memoir component. This also happens to be the case with The Insane and the Melancholy, where Temelkuran is determined to intersperse the whole of modern Turkish history with her life. Early coup memories, later dissidence, and her online lynching at the hands of government trolls are scattered over a lesson imparting all the necessary details needed to begin to understand Turkey: The coups of 1960, 1971 and 1980, which did more than just prepare the ground for what is happening today; the country’s dark creation, and its insistence on national amnesia; and the rise of the brilliant and brutal Erdoğan, complemented by the shadowy network assembled under the exiled imam and political figure Fethullah Gülen, and the first stirrings of post-truth politics.

Given the increasing irrelevance of facts in political discourse, that last part is perhaps what yields the most important lessons. The progress of the insane was, and continues to be, greeted with indulgence and passivity. If Erdoğan’s project was in the beginning championed by a foolish West, so was it at first embraced by large parts of the Turkish secular intelligentsia (though never, one should note, by Temelkuran herself). And if now we too, in Europe and the US, must grapple with the prospect of a descent into post-truth politics, we may be thankful that there are those with the appropriate experience to raise the alarm. It is always worth being reminded that melancholy only makes for a proper response if it is accompanied by humor and determination.