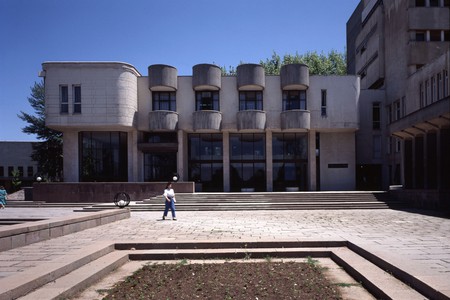 One of Turkey’s most important works of modern architecture, the campus of Ankara’s Middle East Technical University was designed by the famous husband and wife duo, Altuğ and Behruz Çinici, between 1961 and 1980. Organized into various phases, the 500,000 square metre area included the creation of the main pedestrian axis, educational and administrative buildings, and social facilities as well as a reforestation project to create a green zone. With its exposed concrete, brick and wood elements, METU is one of the most important examples of the brutalist aesthetic in Turkish modernist architecture. 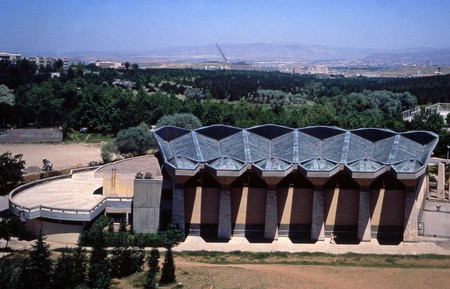 Another one of Turkey’s leading architects, Hayati Tabanlıoğlu studied alongside Gerhard Graubner during his Ph.D. at the Hannover Technical University specializing in theatre and opera house architecture. His first and most well-known project is the Atatürk Kültür Merkezi, on which he worked on for more than 20 years before its grand opening on April 12, 1969, as Istanbul’s first ‘Culture Palace’ with the attendance of then prime minister, Süleyman Demirel. 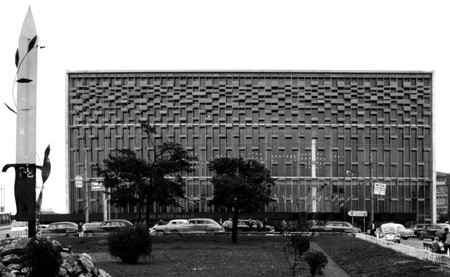 Built in 1957 by Nejat Ersin, Cinnah 19 still stands out with its remarkable aesthetic that is unlike anything on Ankara’s busy Cinnah street. Commissioned as a cooperative apartment that shouldn’t look like all the others, Ersin garnered his inspiration from the influential architects of the time, such as Le Corbusier, Oscar Niemeyer, Lucio Costa and Edward Durell Stone, to create something entirely unique for Ankara. Nowadays, the standout structure befittingly houses the Architects’ Association. 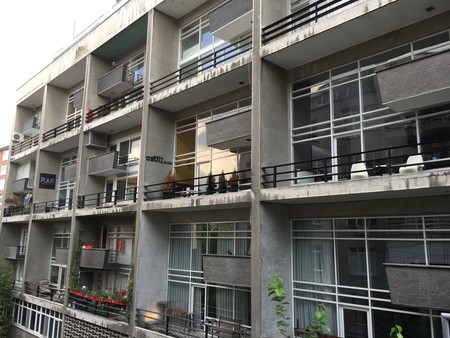 No discussion of modern Turkish architecture would be complete without talking about Sedad Hakkı Eldem. One of the pioneers of nationalized modern architecture in Turkey, Eldem’s career spans an impressive era between 1928 and 1988 and one of his greatest works is the Zeyrek Sosyal Sigortalar Kurumu (SSK) Yapı Kompleksi, which he built between 1962 and 1964. 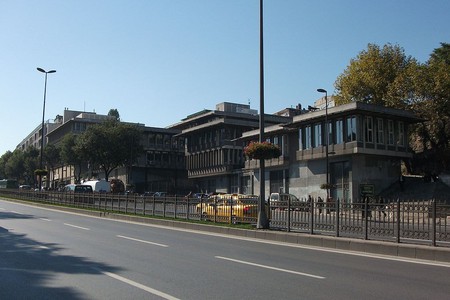 Two more important figures in Turkey’s modern architectural movement, Doğan Tekeli and Sami Sisa have been running their private practice since 1952 and have won over 20 design competitions, most of which were realized. One of their most famous works is the İstanbul Manifaturacılar Çarşısı (İMÇ), in the Zeyrek neighbourhood, a sprawling and modern bazaar built in 1968 with room for 1117 stores as well as restaurants and social areas. 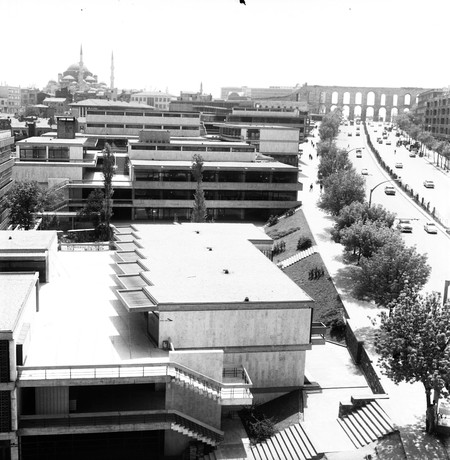 Courtesy of Salt Research
Give us feedback