Turkey and Tea | A Question of Culture

Not only are Turks are the fifth largest producers of tea worldwide; they are also the planet’s top consumers per capita. Known in Turkish as çay (pronounced like ‘chai), tea is much more than a drink: it is an unmistakable feature of the nation’s social life fabric. We take a closer look at the history and status of Turkey’s favourite beverage. 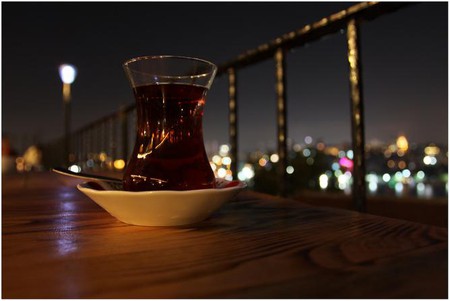 Contrary to all expectations, tea cultivation arrived relatively late to the modern-day territory of the Turkish Republic. While the Ottomans had been familiar with tea as early as the 16th century, the beverage only gained in popularity in the first half of the 19th century, following the Empire’s endeavor to modernise in line with Europe. After a failed attempt at cultivation along the Ottoman coasts of the Aegean and Marmara seas, the first successful harvest of tea leaves occurred far away from the Imperial capital – on the Black Sea coast abutting the Russian Empire. Local workers from the cities of Hopa, Artvin and Rize near the border with modern-day Georgia brought tea saplings from Russia, where they thrived in the moderate and rainy climate of the southeastern Black Sea coast. After shifting hands a number of times at the turn of the 20th century, the region began to cultivate tea in earnest with the onset of the Republic of Turkey, largely due to the diminishing availability of coffee following the loss of the Arabian Peninsula. Under the state-led economy, tea cultivation gradually began to bring prosperity and development to the Black Sea region. In fact, in the wake of the Second World War, tea consumption tripled and the Turkish tea industry thrived. 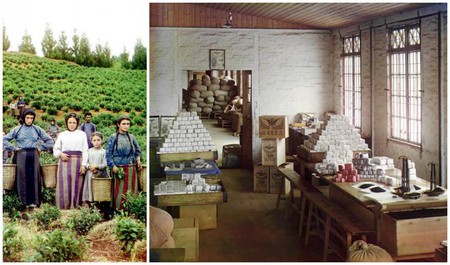 Plantation workers at the Black Sea and weighing section at Batumi, c. 1905 | © Library of Congress/WikiCommons

Other Shades of Tea

In contrast to the staple black brew, herbal teas are not considered as teas but rather as herbal remedies. In folk medicine, herbs from saffron and chamomile to lavender and rosehip cure various ailments – some medical and others temperamental. Sage tea in particular is popular along the Mediterranean coastal region, while apple tea has proliferated in recent years amid Turkey’s tourist market, although the drink is about as Turkish as it is made of apples, consisting mostly of sugar and artificial flavourings.

There is no question about it: the original, dark tea brewed in semavers remains a cornerstone of Turkey’s culinary identity and social mores. With a history and techniques deeply rooted in the country’s history, it’s a phenomenon that speaks volumes of Turkish culture itself. 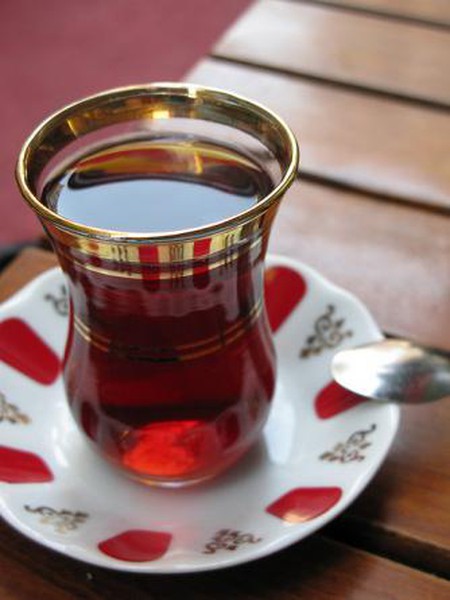 Unsurprisingly, the Turkish mode of preparing and serving tea is efficient, infectious and omnipresent. Taking after its roots in Russian tea culture, tea is prepared in a modern and streamlined version of the iconic samovar (in Turkish, semaver), known as a çaydanlik. This instrument resembles two teapots stacked on one another, with a larger chamber beneath to boil water and a smaller one on top where a strong and concentrated tea is brewed at a moderated temperature. Tea concentrate and hot water are mixed according to preference for a stronger or weaker beverage and served in slender design of cup, or fincan called ince belli – ‘thin waist.’ These delicate, clear glasses are not only appealing to the eye but offer an indication of the tea’s strength, ranging from a weak brew to what Turks evocatively call ‘rabbit blood.’

A lump or two of sugar may be added to taste, but never milk. While the tea is piping hot, eager drinkers can hold the protruding rim of the glass to avoid burning their fingers. More so than the famous Turkish coffee, Turkish tea is served promptly and efficiently, lending itself effortlessly to glass after glass of the energising drink. Paralleling the state-owned tea industry, the Turkish state-owned glass company produced an iconic tea glass design which remains prevalent to this day: a gold-rimmed glass with two thin gold bands around the ‘waist,’ on top of a white ceramic plate with alternating red and golden motifs encircling the perimeter.

Visitors to Turkey may be surprised at the ubiquity of the popular beverage. On street corners, in cafes, in restaurants, in taverns, in game rooms, in workplaces, and simply wherever people may have reason to gather, loiter or pass the time, tea is a constant feature. Whether to wash down a meal or to provide a respite from one’s work, tea is the standard solution for any occasion. While leaving little room for luxury, the Turkish mode of preparing tea is efficient and cost effective enough to ensure that the beverage is truly available to all. A scenic view of the Bosphorus from one of Istanbul’s open spaces would hardly be complete without a vibrant and clamorous tea garden, where patrons gather and chat over multiple servings of tea doled out by frantic servers sporting massive trays of clinking little glasses. Those who remained unhabituated to this amount of tea might find it difficult to fall asleep at night, having unwittingly consumed upwards of a dozen glasses here and there throughout the day.

Yet tea is not only an object for mass consumption. The serving and drinking of tea is a cornerstone of sociability and the primary ritual of hospitality. In traditional shops, customers will often be offered tea – not to force the customer to make a purchase, but merely as a gesture of good will. When visiting a Turkish home, it is an expectation for guests to take and finish their first glass of tea, while the second glass may be left partly finished. Just as the ritual of drinking tea together symbolises hospitality and good intentions on behalf of the host, so does the drinking of tea set the table for a trustworthy exchange between business partners. In all of these cases, tea time represents an intervention in the busy schedule of the individual, bringing people together around the universal beverage – at least for as long as it takes for the water to cool down. 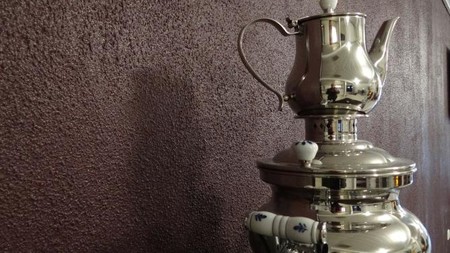 Turks also associate drinking tea with health benefits. Notably, Turkish tea plants are pesticide-free, thanks to what cultivators call a natural treatment for bacteria – the yearly snowfall which covers the coastal regions of the Black Sea. Unusually, this climatic feature makes this region of Turkey the only one in the world where tea plants withstand freezing temperatures.