Explore Istanbul: Things To Do in the City 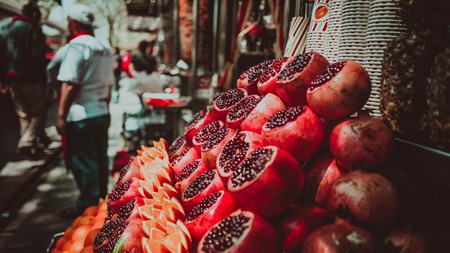 A rich city visit combines niche attractions with the big-hitting classics. Read on for Culture Trip’s curated selection of things to do in Istanbul, from soaking up the sights of Sultanahmet to trying your hand at Turkey’s world-renowned glass art.

See Sultanahmet and the Old City

Istanbul’s most celebrated historical sites are located in Sultanahmet Square, including the Hagia Sophia, the Blue Mosque and the Basilica Cistern. The square is also dotted with vendors who sell typical Turkish snacks such as freshly squeezed pomegranate juice, simit (a circular bread typically encrusted in sesame seeds) and roasted water chestnuts. Just a short walk from Hagia Sophia is Sultanahmet Koftecisi, a restaurant open since the 1920s and famed for serving delicious grilled kofte (meatballs). Plan your sightseeing in the Old City during the early-morning hours to safely avoid hordes of tourists and the queues that form outside major sights. Planning your trip during spring or fall is also a good way to avoid crowds in the high season, which begins at the end of May and lasts until August. About a 10-minute walk away from this square, you’ll also find the entrance to the Grand Bazaar, one of the largest covered bazaars in the world with more than 4,000 shops selling everything from carpets to jewellery and more. 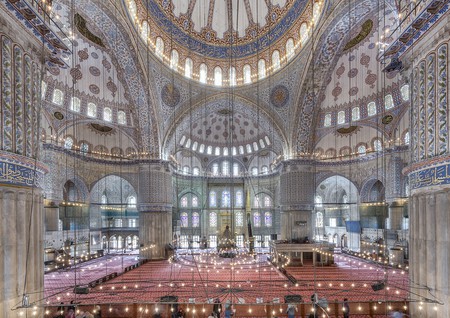 The Sultan Ahmed Mosque or the Blue Mosque was built from 1609 to 1616, during the rule of Ahmed I | © Izzet Keribar / Getty Images

Get to know hipster Istanbul

After you’ve seen all the essential landmarks, get to know the trendier side of Istanbul by getting lost in the labyrinth alleyways of the city’s up-and-coming neighbourhoods. Take the metro to Osmanbey (one stop away from Taksim) and walk to the Teşvikiye neighbourhood, located right behind the Teşvikiye Mosque. Sip some excellent third-wave coffee and eat a home-made brownie at the local favourite Petra Topağacı, which has a stylish Parisian vibe. To check out work from local artists and photographers, head to the Milli Reasürans Art Gallery, and in the evening go to Efendi Bar, where Istanbulites like to meet up for an after-work cocktail or to make a start into the weekend. If you want a place to sit at the many cafes that line the streets of Teşvikiye, opt for a weekday to explore this neighbourhood. On the weekends (especially when the weather is nice) the whole area teems with people and it’s hard to find a seat. 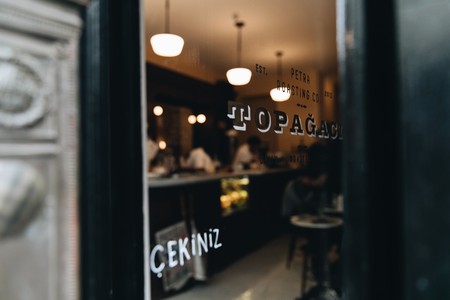 Check out a contemporary gallery

Istanbul’s art scene has moved away from the city centre to more commercial neighbourhoods such as Dolapdere and Mecidiyeköy. Head to Dirimart Dolapdere, a contemporary art gallery housed in a 1,000-sq-m (10,765-sq-ft) space that was designed by architect Markus Dochantschi (who also founded Studio MDA in New York). Then make your way to Mecidiyeköy neighbourhood to wander through Pilevneli’s newest gallery – an exhilarating avant garde building designed by French architect Robert Mallet-Stevens and commissioned by Mustafa Atatürk, who was a revolutionary and the first president of Turkey. Destroyed in 2012, the structure was rebuilt in its original aesthetic and now houses some of the city’s best contemporary art exhibitions. 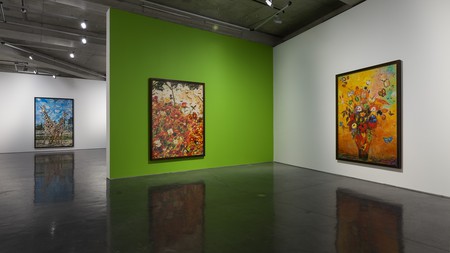 Take a ferry over to Princes’ Islands, located just a stone’s throw away from heady Istanbul. To avoid the holidaying crowds, you could choose to visit the more laid-back island of Burgazada instead of the always-bustling larger island of Büyükada where most tourists go. Most of the island locals here were once city dwellers who quit their jobs to open businesses on Burgazada. Have a coffee at Four Letter Word Coffee and check out the concept store 3 Things on an Island, right next door to the coffee shop, which sells local handmade goods. Try to visit Burgazada in the warmer months, and take a swim at Madam Marta Koyu, a hidden cove on the other side of the island where locals like to hang out on the beach and even camp. 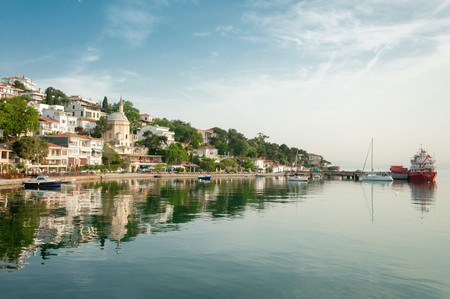 In the warmer months, take a ferry to Princes’ Islands to visit spots such as Burgazada | © Thomas Dekiere / Alamy

Istanbul’s gastronomy scene is wide and varied, from small backstreet eateries that serve up the best of regional recipes from all over Turkey to fine dining and more modern interpretations of classics by up-and-coming chefs. Try your hand at Turkish cuisine by taking a cooking class at Cookistan, located in the multi-ethnic Kurtuluş neighbourhood. Go shopping for ingredients at some of the oldest markets in the area, including three organic bazaars that are held on Saturdays. Once you have your ingredients, you’ll get a hands-on lesson preparing six different dishes. Afterwards, enjoy a communal meal of home-made delicacies accompanied by rakı (a popular anise-flavoured alcoholic drink). Another popular place to take a cooking class in Istanbul is Turkish Flavours, which offers laid-back cooking sessions with a knowledgeable local in their own home. Students prepare classic Turkish dishes together and then share a meal accompanied by Turkish wines. Turkish Flavours also hosts Istanbul Food Walks, which take participants through the city’s best gourmet markets and shops for an authentic taste of the city. 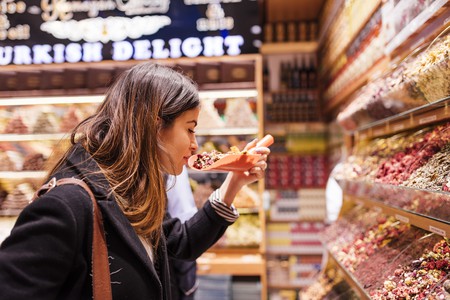 The Glass Furnace in Istanbul is a cultural centre dedicated exclusively to glass art. Located in a peaceful haven by the Riva River, the centre is said to be the country’s largest and most well-equipped, and hosts frequent workshops. The Turks were once world renowned for their glasswork, an art form that reached its peak during the 16th century under Ottoman rule. This legacy is seen around Istanbul today in galleries, bazaars and through the work of local artists. At the Glass Furnace, you can learn the whole process of making glass art, from the basics such as how hot glass is formed in a furnace to making colourful beads out of glass that can be used for jewellery or creating glass animals through flamework. Beginners and experienced artists alike are welcome. 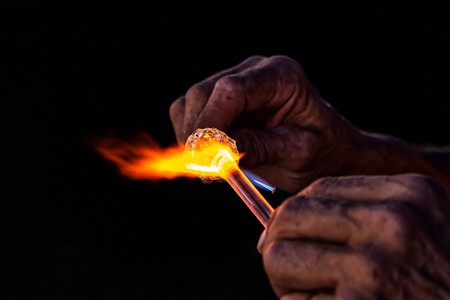 Istanbul’s music scene is a nod to its diverse cultural make-up, and Babylon has been the city’s most important local music venue for years. Having left their famous location in the middle of the Beyoğlu neighbourhood, they still host arguably the best concerts in their new (and larger) location Babylon Bomonti. Located inside a renovated beer factory, they features Istanbul artists regularly, such as psychedelic group BaBa ZuLa and singer Gaye Su Akyol. 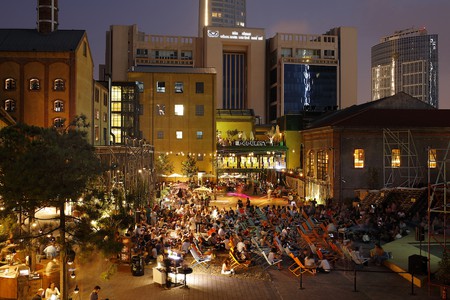 Anyone who has walked down Istiklal Street will have noticed the many walls covered in urban art. The annual Mural Istanbul Festival is one of the reasons street art in the city is flourishing. Working alongside the municipality, the organisation allows local and international artists to paint building-high murals in the city. You can find the giant Mural Istanbul pieces in the Yeldeğirmeni neighbourhood on the Asian side as well as Sarıyer on the European side. Look out for the iconic panda bear by local artist Leo Lunatic, colourful cats from local artist Max on Duty and a portrait of a young woman sitting in contemplation by Croatian artist Lonac. Street Art Istanbul is a helpful app to guide you through the stunning art pieces. 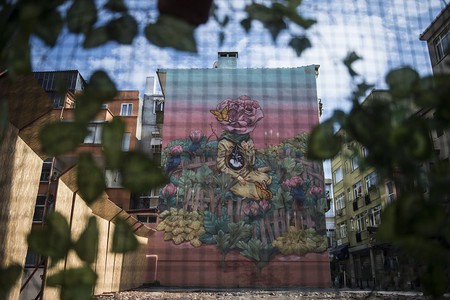