This Turkish Mosque is One of the World's 500 Architectural Masterpieces 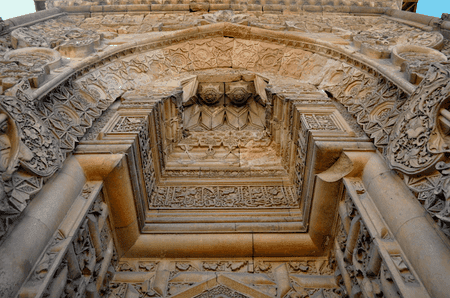 Located around 170 km from Sivas, the Divriği Great Mosque is an exceptional masterpiece with its intricate ornaments and engraved stonework. The only Turkish work included in UNESCO’s 500 Masterpieces of the World list, this mosque is one of Turkey’s most unique sights.

Hidden among the high mountains and deep valets of the Anatolian landscape, the Divriği Ulu Cami (Great Mosque) is a masterpiece of Islamic and Anatolian art. Built between 1228 and 1229 by the Mengujekids, a local dynasty, the structure is composed of a mosque and a hospital. The striking architectural work begins with a main entrance that leads to the mosque’s interior and is composed of a tall portal that is covered in absolutely beautiful and detailed stone carvings. The quality and density of the carvings definitely express why the Ulu Cami was included in the world’s greatest masterpieces. 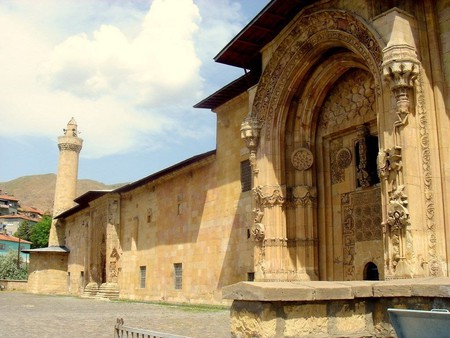 Another entrance can be found on the western side of the structure, which is believed to have been constructed at a later date since this area collapsed and was renovated. The third entrance on the eastern facade is believed to have been used by the royals as it is connected to the raised wooden platform within the mosque that was reserved for the ruler. One of the mosque’s most interesting details is the shadow that is produced by the three dimensional stone ornaments from two of the entrances, specifically a giant shadow of a praying man. As the sun moves throughout the day, the shadow changes its position, constantly reminding passersby what the purpose of the structure is. 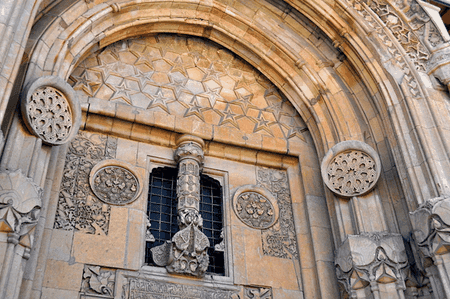 Inside, the mosque is composed of stone piers that support the vaults, as well as the absence of a courtyard, which is common of a mosque that was built later on, as opposed to medieval Anatolian mosques. What has survived over time are the window shutters and the minibar, while other parts, such as some of the carved wooden panels, are on display at the museum of the Directorate of Pious Endowments in Ankara. The Ulu Cami’s ceiling is also quite the stunning sight, composed of a giant hexagon surrounded by geometric shapes. As for the hospital on the western facade, the entrance is quite different with a pointed arch and a window in its centre. However, the stone carvings are just as intricate and beautiful even if they are not as dense. 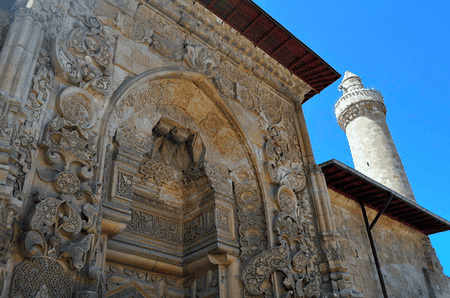