This Turkish Dream Pop Band Will Make You Swoon 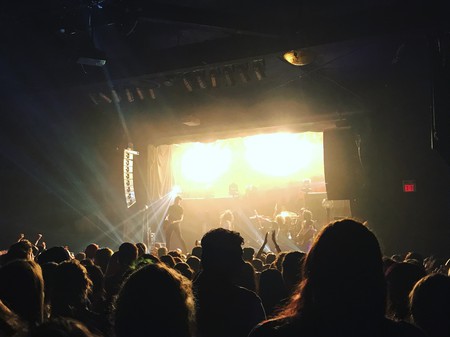 Istanbul-based dream pop indie band, The Away Days, are quite the pioneers in the Turkish music scene. Keep reading to discover what has made them one of the most successful bands in the dream pop genre.

A musical first in their native Istanbul, The Away Days are a dream pop indie band that have garnered recognition and admiration from international media outlets like Spin and The Guardian. Established in 2012, the band, composed of Oğuz Can Özen, vocals and guitar; Sezer Koç, guitar and bass guitar; Orkun Atik, keyboards; Volkan Karaman, guitar; and Anıl Atik, drums, have played alongside major bands such as Portishead, Belle and Sebastian and Massive Attack and have also performed at major festivals like SXSW. It can be said that they are one of the most successful Turkish bands that have successfully made their presence known in the world and therefore, support the independent music scene in Turkey.

The band was originally formed in 2012 by Can Özer and Sezer Koç, who met as freshmen in college and soon bonded due to their similar taste in music. Their influences include The Strokes, Joy Division, The Stooges and The Smiths, but as their musical style developed, the band also stretched their musical influences as far away as India. Even though the band is from Istanbul, you won’t notice it when you listen to The Away Days, who sound more like something you’d discover at a small music venue in Brooklyn, but their ability to defy the borders that define music and its origins is another factor that makes them so unique.

After the release of their first EP, How Did It All Start in late 2012 and their first music video, ‘Galaxies’ the next year, the band won a place among the SXSW lineup and was able to attract a lot of international attention due to their performance. By 2014, the band released two more singles and their music videos followed their 2017 album, Dreamed at Dawn. A sweet mix of dream pop and shoegazing, the band sings their lyrics entirely in English, which also makes them a standout in the Turkish music scene. As for their name, it expresses that the band is not entirely bound to their native city of Istanbul and a desire not to belong anywhere.

In their music video for ‘White Whale’, which is featured in their 2017 album, Dreamed at Dawn, live footage from the band’s sold out performance at London’s Shacklewell Arms is interspersed with beautiful views of the Brighton seafront. However, despite their international flair and sold out performances abroad, the band frequently performs live in their hometown where they are always greeted with packed spaces of fans. Follow The Away Days on Facebook to see when they will be performing in your city for a chance to experience them live.