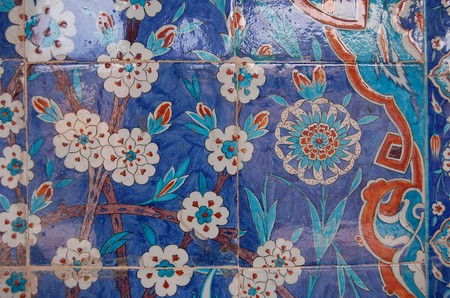 Iznik, a picturesque town in the Bursa province of Turkey, is most famous for being the birthplace of the world famous Iznik tiles that reached their height during the Ottoman Empire. Check out the history of the famous hand painted tile and the city of its origin.

One of the most important production centers in the history of ceramic arts, Iznik’s relationship with ceramics goes way back to around 7000BC. Through archeological excavations, scientists uncovered prehistoric ceramic fragments in villages around Iznik, which can still be viewed at the Iznik Museum of Art. During the Roman Empire, ceramics continued to remain center stage as Iznik produced glazed Roman ceramics as well as glass. The colorfully glazed ceramics of the Byzantine Empire found during the Sgraffito excavation also add another historical era to Iznik’s story. However, it wasn’t until the Ottoman Empire that Iznik ceramics really gained recognition as a guild of Iznik ceramic artists was formed and worked under the control and protection of the Ottoman Palace. It was during this time that the famous Iznik tiles adorned the interiors of important buildings all around Istanbul and other vital Turkish cities and even the merchants of Venice and Genoa became intrigued. 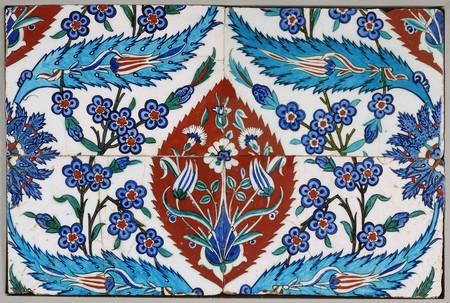 The late 15th and early 16th centuries represent the peak of Iznik’s fame as it became the most important center for ceramic production with full support from the Ottoman court. By the mid-16th century, the demand for tiles grew drastically as Suleyman I began his substantial construction projects during the empire’s most politically, economically, and culturally dominant period. As such, countless mosques and tombs were adorned with the famous Iznik tile produced by Iznik’s skilled potters. It was also during this time that the aesthetic elements of the tiles reached their peak through the use of cobalt blue, turquoise, green, black, brown, and the famous ‘coral’ red hues. The first construction to exhibit the famous red color was Süleymaniye, Süleyman I’s great mosque completed in 1557 in Istanbul. Other grand constructions such as the Tomb of Hurrem Sultan (1558), the Mosque of Rustem Pasa (1561), the Tomb of Suleyman I (1566), the Mosque of Sokullu Mehmed Pasa (1572), the Mosque of Piyale Pasa (1573), and the Valide Atik Mosque (Uskudar, 1583) all exhibited the beauty of Iznik tiles. 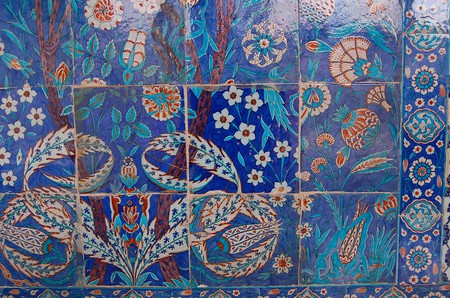 By the 17th century, the beginning of the Ottoman Empire’s end affected Iznik’s ceramic culture greatly and by the 18th century it had come to a standstill. It wasn’t until the Turkish Republic period, that interest in Iznik tiles once again came to the fore, with the establishment of the Iznik Foundation in 1993 being one of the most important stepping-stones. The foundation was the first to conduct scientific and institutional attempts in order to once again produce Iznik tiles, which had been lost to history. By 1995, a research center was established and in time the foundation was able to reach the original quality of the tiles that were produced in their heyday in the 15th and 16th centuries, successfully reintroducing Iznik and its ceramic beauty to the world once more. 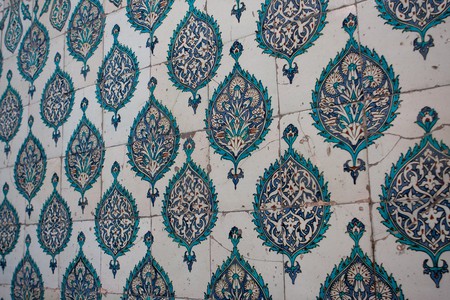