This One Fact About Turkey Will Change Your Life 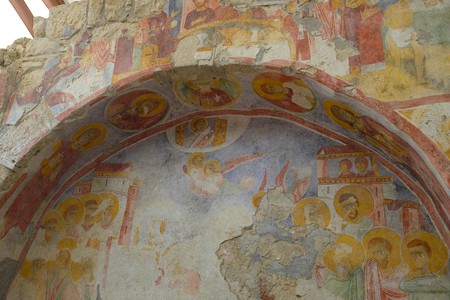 Many of us know Santa Claus as the portly man who lives at the North Pole and slides down chimneys every Christmas to deliver presents. However, the real St. Nicholas was a 4th century Christian saint who was actually born in what is now modern day Turkey.

Saint Nicholas (also known as Nikolaos of Myra) was born in 270 and was a Christian saint, as well as the Greek Bishop of Myra, in what is now Demre in modern Turkey. A patron saint to many including students, brewers, sailors, merchants, and pawnbrokers across Europe, the saint was known for his miracles. However, it was his habit of giving gifts secretly that became the foundation of the modern concept of Santa Claus. Born in Patara, Lycia to a Greek family, Nicholas lived in Myra, Lycia, which is now part of Demre in modern day Turkey. Raised as a devout Christian by his wealthy parents, Nicholas learned to sell what he had to give to the poor. When he lost his parents to an epidemic, he followed the word of Jesus and gave away his inheritance to help those less fortunate. 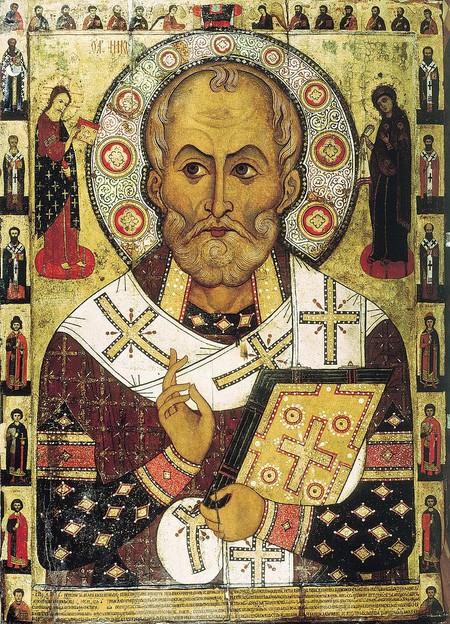 Dedicating his life to serving God, he became the Bishop of Myra at a very young age and had quite the following due to his generosity and his love for children. During the reign of Roman Emperor Diocletian, who persecuted the Christians, the bishop was exiled and imprisoned. Upon his release, he attended the Council of Nicaea, which was the first ecumenical council that was called to preserve the unity of the church. Saint Nicholas died on December 6th AD 343 and was buried in his own cathedral church, which is now located in Demre and has become a site for pilgrimage for the devout who show their respect to the very popular Orthodox saint. The restored church features a bronze statue of the saint by Russian sculptor Gregory Pototsky, which was donated by the Russian government in 2000. 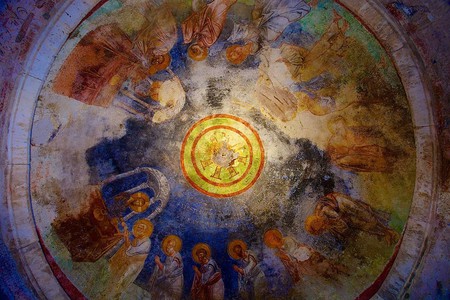 The ancient Byzantine church was used between the 5th and 12th centuries and along with being the burial place of St. Nicholas of Myra, it has beautiful frescoes, especially the one decorating the structure’s ceiling. Built in AD 520 over another church where St. Nicholas served as a bishop, it was restored in 1862 by the Russian Tzar Nicholas I after it had been flooded and filled with silt. One of the most important Byzantine structures in Anatolia, the frescoes on the northeast annex arcade feature some of the only visual examples from the life of the famous saint. 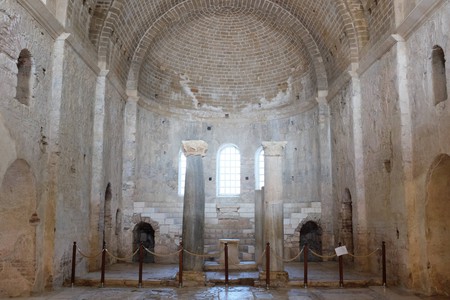 Apse of St. Nicholas Church in Demre | © Alexander van Loon/Flickr
Give us feedback