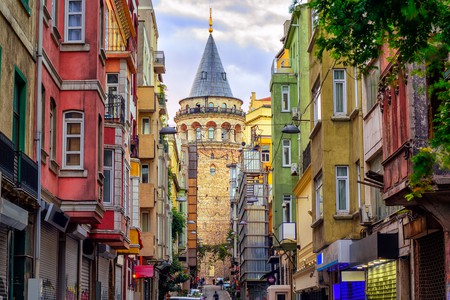 Former regal palaces, extravagant mosques, bustling markets and now a brilliant turquoise waterway – Istanbul has some new visitors in town, which have got its residents going wild with excitement.

So why the sudden change in colour? It’s all thanks to what scientists call, a ‘phytoplankton bloom’. According to the Associated Press, the usually dark blue waters of Turkey’s largest city have morphed into a turquoise shade that’s more befitting of a paradisiacal island.

At present, this ‘bloom’ affecting the Bosporus, Golden Horn, and Black Sea is the result of teency weency microscopic plankton that are currently bobbling along the waters surrounding the famous Turkish cityscape.

‘This year we got a lot of rain events that carried nutrients from the Saharan desert to the Black Sea, which created an optimal environment for this phytoplankton to bloom.’

In fact, the bloom is so strong, it’s actually visible all the way from Space… 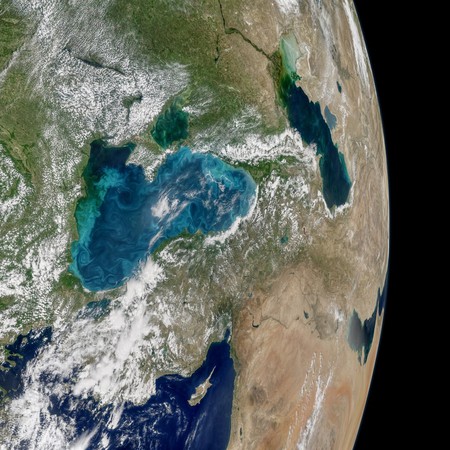 In a statement released by NASA to The Guardian, the space agency said that the milky colouration is ‘likely due to the growth of a particular phytoplankton called a coccolithophore…This particular organism is plated with white calcium carbonate and, when present in large numbers, tend to turn the water a milky sheen.’

The news that the change in colour is all down to Mother Nature has relieved many who live in the city, who before NASA and environmentalists announced their findings, thought that the sudden transformation was the result of pollution or the sudden earthquake that shook the Aegean last week.

Want more news? These are the safest countries to visit in the world!