This Cave in Alanya is Believed to Cure Asthma 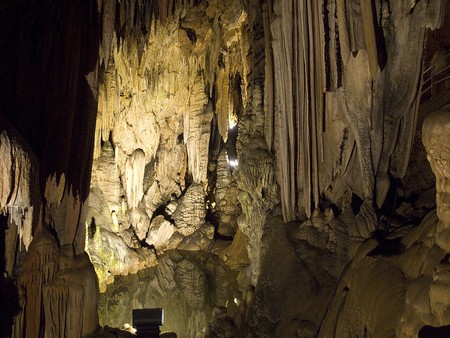 The Damlataş Cave in Alanya is not only an impressive visual spectacle but also subject to a widespread belief that its distinct air is able to cure asthma. We take a look at the details of this peculiar cave as well as Alanya’s other fascinating grotto, the Dim Cave.

Located west of the famous Alanya Castle (built in the 13th century under the Seljuq Sultanate), the entrance of the Damlataş Cave faces the Mediterranean Sea. Discovered by accident during the construction of the Alanya Harbor in 1948, the cave was first inspected by geologists before opening to the public as a tourist attraction. Damlataş (which translates to Dripping Stone) has two levels with a cylindrical cavity leading visitors to the lower section. The mysterious cave is full of stalactites, icicle shaped formations that hang down from the cave wall and are produced through the mineral precipitation as water drips down from the cave ceiling. The other formations are stalagmites, which are rounded or flattened mounds that grow upward due to the mineral deposits that have precipitated from the water dripping down onto the cave floor. These formations are believed to be thousands of years old, and with addition of artificial lighting, they take on a rather eerie disposition. 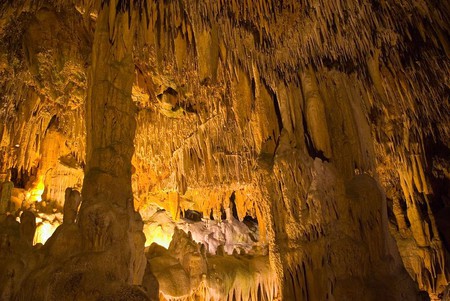 As for the air within the cave, there is a high percentage of carbon dioxide (around 10 to 15 times more than the air outside) with 95% humidity and a constant temperature of around 22 to 23 degrees no matter what the season. Since its discovery, the cave has come to be known as an asthma cure due to the special conditions of the air within. People have come to believe that Damlataş is able to cure asthma and other respiratory diseases and in 2014 the Alanya municipality calculated that, within seven months, more than 4,000 people suffering from respiratory problems visited the cave with its purported healing powers. As such, officials have come up with a special program for asthma patients who arrive for a treatment that includes a stay of 21 days with four hours in the cave on a daily basis. Every day between 10am and 2pm the cave is open to visitors with respiratory illnesses only. 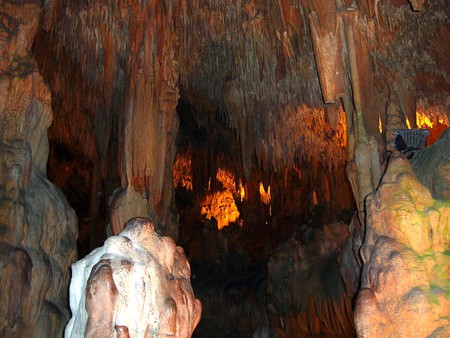 With around 3,000 caves discovered and studied all over Turkey, it’s no surprise that Alanya has another attraction: the Dim Cave. The cave, which was formed through the erosion of landscapes underlain by limestone, is around 360 meters long with many stunning stalactite formations as well as a beautiful lake that is around 17 meters away from the entrance. Before the cave became a tourist attraction, some parts of it were used as shelter by local hunters and shepherds. It was only in 1986 that it was discovered and studied by speleologists (cave and karst feature scientists) and by 1996 it was opened to visitors as the first cave as a tourist attraction. 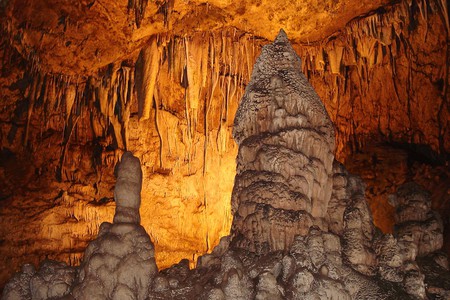