This Aegean District in Turkey Is Under Environmental Protection, Here’s Why 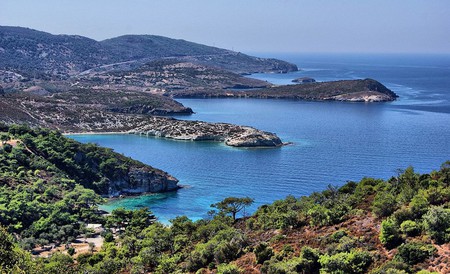 The existence of Monk Seals in Turkey’s Aegean district of Foça has become a prime reason for environmental protection since these seals are one of the most endangered creatures in the world. Take a look at the story of the Foça Monk Seal.

The Mediterranean Monk Seal, also known as Monachus Monachus in Latin, is an endangered species with only around 400 remaining in the entire world. As one of the most threatened mammal species on the globe, they are included in the World Conservation Union’s Red List of Threatened Species. With one-half living in the Atlantic Ocean, the other half lives in the Mediterranean Sea between Greece and Turkey. As such, in 1991, Turkey set up special protection areas for the Monk Seals to help them survive. One of these protected areas lies in Foça, an Aegean district that’s close to Izmir.

By 1993, the World Wildlife Fund got involved in the situation and started the Foça Project, which helped to support The Underwater Research Society as well as the Mediterranean Seal Research Group. With such emphasis put on the survival of seals, 14 sites were set up in Turkey alone and count as important habitats for the Monk Seal. These sites were developed with the help of NGOs and universities in the area who are actively working on the issue. The areas with protective sites are near coastal towns such as Gökçeada, Bozcaada, Alaçatı, Çeşme, Kuşadası, and Gökova, to name a few.

The Mediterranean Monk Seal likes to live and breed in clean waters with plenty of octopus and fish (their favorite meal). They also need plenty of caves and coves nearby where they can nap without being disturbed. They have a lifespan of between 25 and 40 years, and an adult Monk Seal can weigh an average of 300 kilos (661 pounds).

The reason for such a low number of Monk Seals in the world is due to the negative effects of urbanization and industrialization. Both have caused water pollution as well as a lack of fish in the water because of mass fishing to meet the mass tourism on shore. Due to the fact that Monk Seals can’t survive in captivity, there are no other options but to protect parts of their natural habitats in order to help them survive. Apart from Turkey, the remaining Monk Seals in the world can be found in countries such as Albania, Algeria, Spain, Greece, Libya, Morocco, Mauritania, and Croatia. 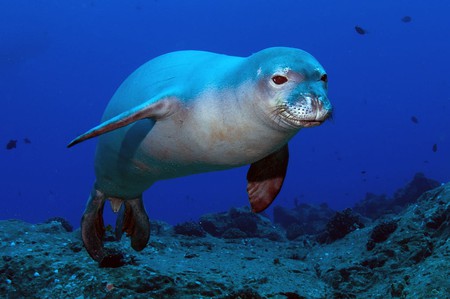 One of the most active groups working to protect the Monk Seal in Turkey is the Akdeniz Foklarını Araştırma Grubu (Mediterranean Seal Research Group), who has worked alongside the Foça municipal officials to strengthen preservation efforts. In order to save the seals, the land, as well as the sea, has to be preserved, especially natural cave dwellings where the seals rest as well as reproduce.