These Instagram Photos Will Make You Want to Visit Izmir, Turkey 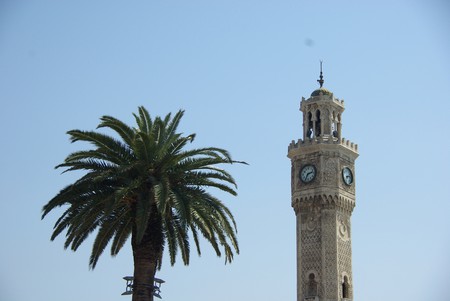 Turkey’s third largest city has a beautiful coast and many districts that are just as colorful as its Kemeraltı Bazaar. Culture Trip rounded up some of the best Instagram posts from loyal Izmir locals who really know how to show off their city.

Apart from its beautiful coast, Izmir also has lots of gorgeous historic architecture that’s worth a second glance, such as this doorway with striking minute details etched in stone.

The Kemeraltı Bazaar is one of the best places to get lost in a sea of colorful goods, delicious eateries, secret courtyards, and hidden caravanserais that are truly authentic in every way.

The Kemeraltı Bazaar is also home to a lot of hidden churches and synagogues that are a very striking find when you’re wandering around enjoying the sense of being happily lost.

Izmir in the summer—there really is nothing better than a freshly brewed glass of Turkish tea right by the azure blue sea, right?

Izmir’s Museum of Arts and Sculpture has some of the most striking historic works, especially the sculpture pavilion with art pieces from ancient Smyrna, Teos, Miletos, and Pergamon.

The city’s Asansör (Elevator) was built in 1907 to connect the Karataş neighborhood to the steep hillside, and nowadays, it serves as one of Izmir’s best restaurants, which is particularly romantic at night with all those lights.

The streets of the popular Alsancak neighborhood also have some great fish restaurants where you can enjoy the day’s catch and freshly made meze right on the street under the colorful lightbulbs.

While it’s usually known as a summer city, Izmir, even in the colder months when the sky is gray, and the rain is about to pour down, is beautiful in a different and darker shade.

This picture demonstrates how we want to start our day, with a fully equipped Turkish breakfast right by the sea! Let’s hope the seagulls don’t swoop down for some simit.

Izmir’s famous Kordon promenade is the place to take a long stroll by the water to let your thoughts drift away, especially in the evening when it’s especially beautiful.