Travel Back in Time With These Beautiful Old Photos of Istanbul 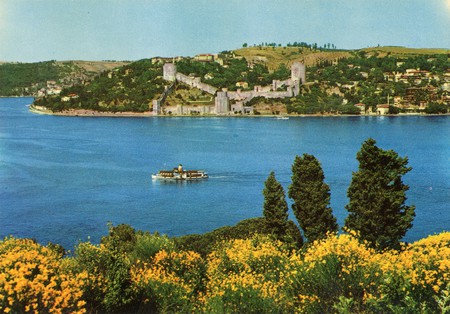 SALT is a Turkish contemporary art institution that also has a specialized library and archive of physical and digital sources focusing primarily on Turkey of the late 19th century to the present day. Its archive of photographs is thus an invaluable resource that acts as a visual journey back in time, in this case, to an Istanbul that has almost entirely disappeared. Check out some of SALT’s most beautiful photos of the past.

In 1931, the famous mosaics of Hagia Sophia began to be uncovered alongside the Byzantine Institute of America and by 1934, the Turkish Council of Ministers decided to turn it into a museum due to its historical significance. 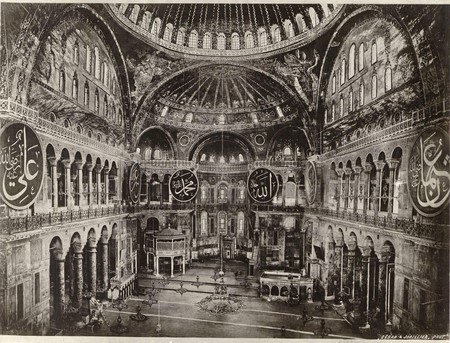 A photo of a young woman and her son on Maslak road in Istanbul in 1932. Nowadays, Maslak is the city’s busy business district with its towering skyscrapers. 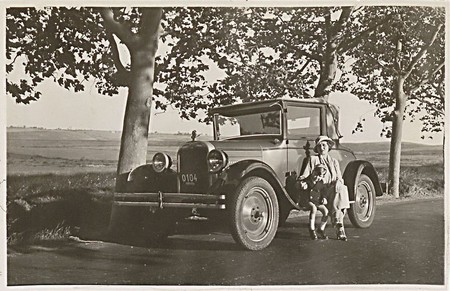 A photo of Istanbul’s illustrious Robert College, whose first wing was built with the same stones as the Rumeli Fortress, opening its doors in 1871. Alongside the affiliated American Girls College, Robert College was the first American educational institution outside of America. 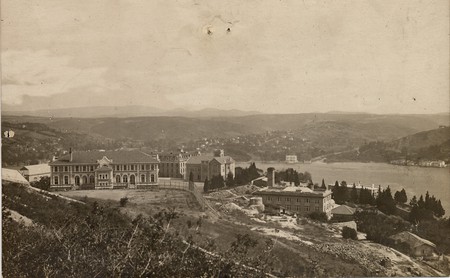 A photo from a family album (dated 1903) that shows a woman posing for the camera on the balcony of the once famous Tokatlıyan Hotel in Istanbul’s Tarabya neighbourhood. 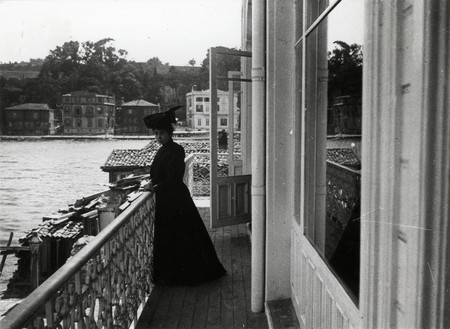 During the 1950s, the quickly growing population of Istanbul built a bridge between the two sides of Istanbul. The city’s first suspension bridge, the Bosphorus Bridge, opened on October 30, 1973. 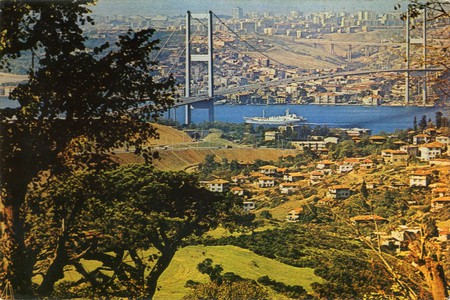 A view of Istanbul’s very famous Taksim Square (from between the years of 1946 and 1977) from the roof of the Atatürk Kültür Merkezi (Atatürk Cultural Center). 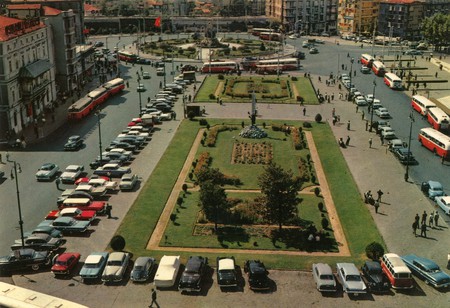 A photo from the 1980s of the municipality building of Istanbul’s Beyoğlu and Galata neighbourhoods, the city’s first local municipality that was established in 1857, opened in 1883 and was designed by Italian architect, Giovanni Battista Barborini. 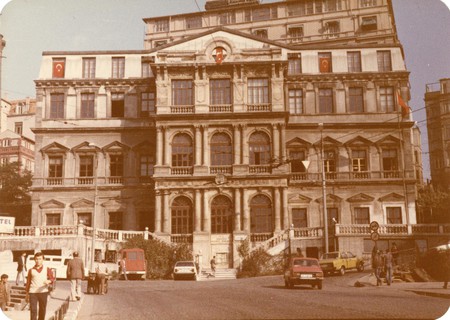 A photo of Istanbul’s beautiful Çiçek Pasajı (originally known as the Cité de Péra when it opened in 1876) after it was restored in 1988. Interesting fact: After the Russian Revolution in 1917, many impoverished noble Russian women sold their flowers here, which is why it’s called Çiçek Pasajı (Flower Passage). 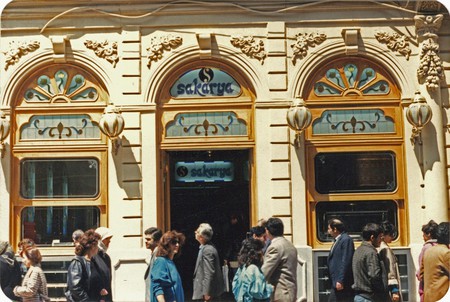 A beautiful old wooden house on Kariye Camii Street in Istanbul shot between the 1970s and 1980s. 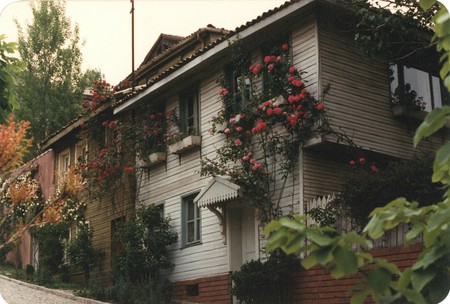 A photo of the İsmail Ağa Kahvesi (Cafe) in Istanbul’s idyllic Kanlıca neighbourhood (which is famous for its yogurt) in the 1960s and 1970s. 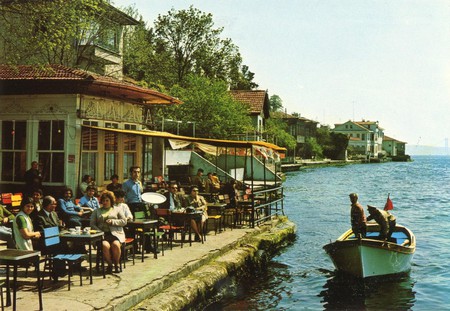 Ismail Ağa Kahvesi | © Courtesy of SALT Research
Give us feedback