These Photos Prove You Should Visit Istanbul Now 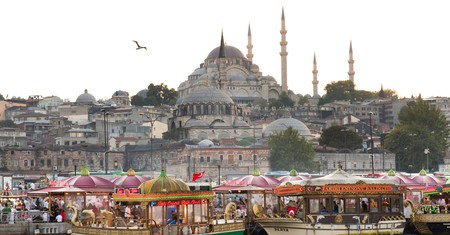 From the waterfront at Eminonu, you can see the Rustem Pasha mosque on the skyline | © Hackenberg-Photo-Cologne / Alamy Stock Photo

The city where Asia and Europe meet is one of historical wonderment and contemporary innovation. Once known as Constantinople – and before that, Byzantium – the Turkish city is a cornucopia of cultural discovery. These photographs only scratch the surface of all the extraordinary landmarks and attractions Istanbul has to offer.

Once the world’s largest cathedral, the Hagia Sophia was erected in 537CE as a Byzantine basilica before it was converted into an Ottoman mosque in 1453. Still as jaw-droppingly stunning as the day it was finished, the Hagia Sophia has, since 2020, reverted back to a mosque. You can still visit, even non-Muslims, but dress appropriately. 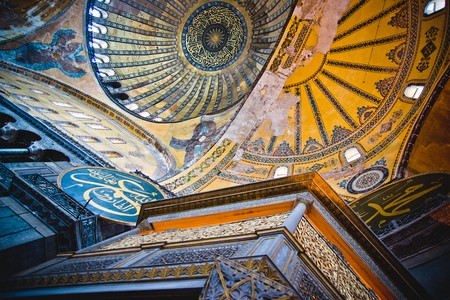 At 30km (19mi) long, the Bosphorus not only connects the Black Sea with the Mediterranean, but also splits Istanbul between two continents, Europe and Asia. Probably one of the most important straits in the world, this watery boundary houses numerous Byzantine and Ottoman fortifications as well as a mixture of residential homes, making it ideal for a boat trip. 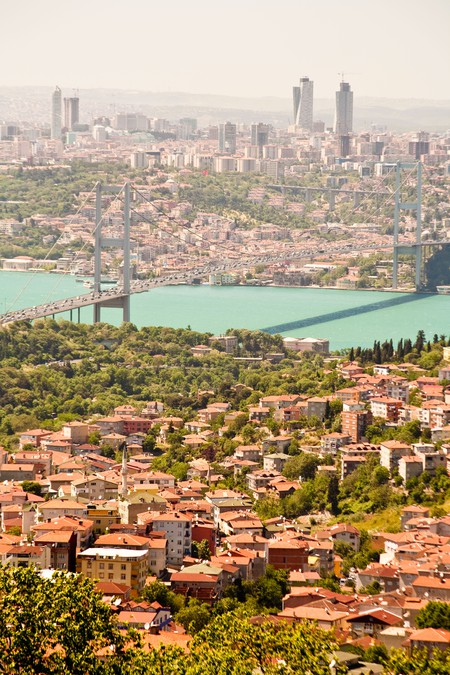 A view of the Bosphorus Strait from Camlica Hill, on the Asian side of Istanbul | © Melvyn Longhurst / Alamy Stock Photo

With so much going on above ground, it should come as no surprise that Istanbul also has some exceptionally intriguing venues below the city’s surface. Like something out of the Lord of the Rings franchise, the Basilica Cistern is an underground water reservoir just beneath the Hagia Sofia. Reached by a 52-step staircase, the 9,800sqm (105,000sqft) space houses 336 columns and has the potential capacity to store 100,000 tons of water. 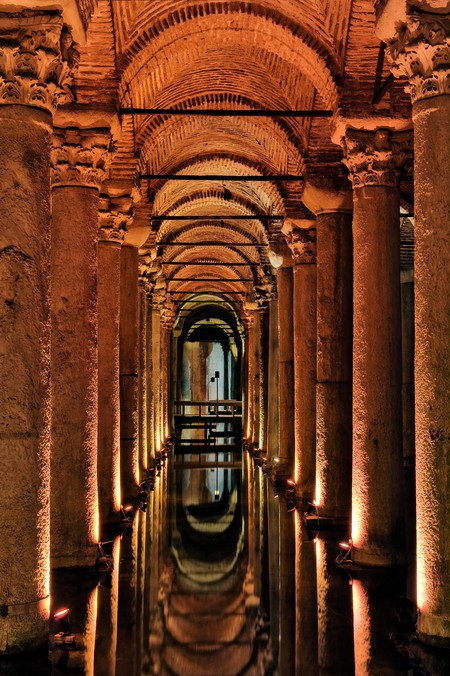 One of three suspension bridges over the Bosphorus strait, the recently renamed 15 July Martyrs’ Bridge links Europe and Asia. Like something you might expect to see on the Californian coast, the magnificent bridge currently holds the slot of 25th longest suspension bridge in the world. Pedestrians can no longer walk across it, but it does make for a great sunset backdrop for all the Instagram posts you’ll be taking. 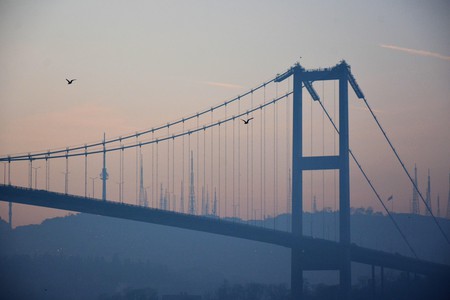 Commonly known as the Blue Mosque due to the hand-painted blue wall tiles, the Sultan Ahmed Mosque is still a functioning place of worship. A popular tourist attraction due to its phenomenal architectural design which incorporates both Byzantine and Islamic elements, the mosque is one of only three in Turkey to have six minarets – apparently the architect misheard the request for altın minareler (gold minarets) as altı minare (six minarets). 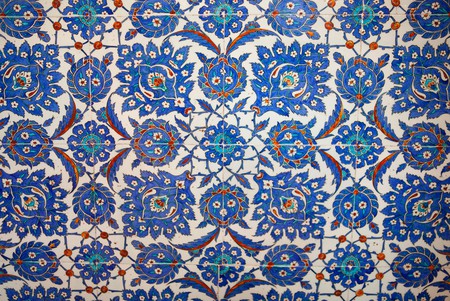 You’ll find these colourful steps in the arty Cihangir district of Istanbul. The wonderful story about how they came about is similar to that of the Selarón Staircase in Rio de Janeiro. Huseyin Cetinel, a retired forestry engineer painted the steps in bright colours over four days. Why? To give people something to smile about. The local government reacted rather abruptly and repainted the concrete steps grey, but soon the steps regained their colourful hue after public outrage. 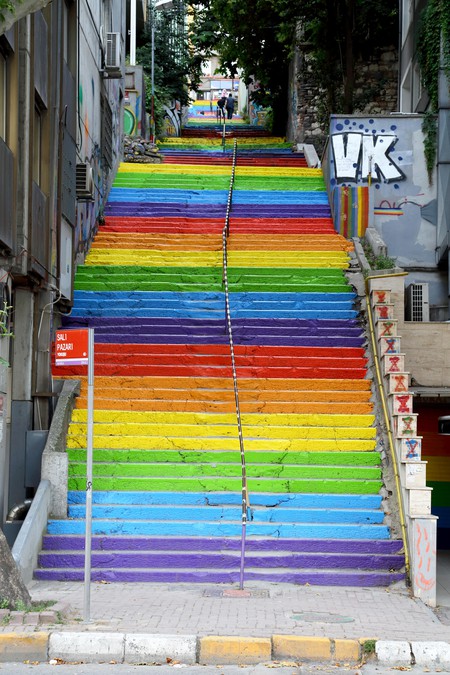 Once the residence of court medic Salih Efendi, the Red House is always a curious discovery when taking a river-boat ride. Painted deep crimson to indicate the home of an important civil servant, Hekimbaşi Yalisi not only adds a splash colour to the banks of the Bosphorus, but also some architectural variety. 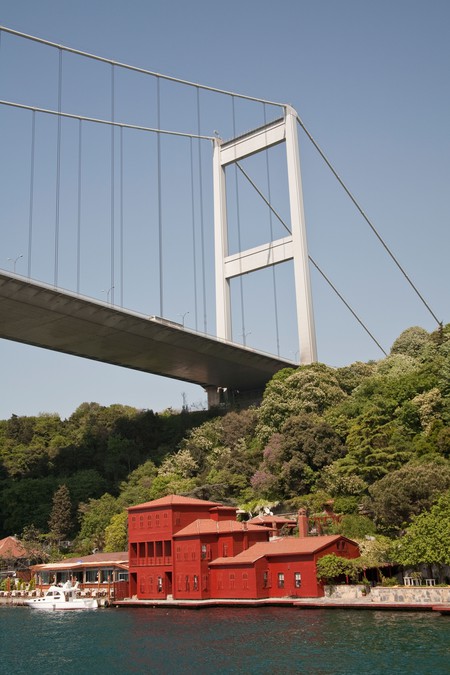 If you’re a cat person, then Istanbul is the city for you. You can’t walk two steps without encountering one of the city’s many street cats. Whether they are taking a nap on a motorbike seat, or taking shelter from the sun in a building’s doorway, cats are the unofficial symbol of Istanbul. 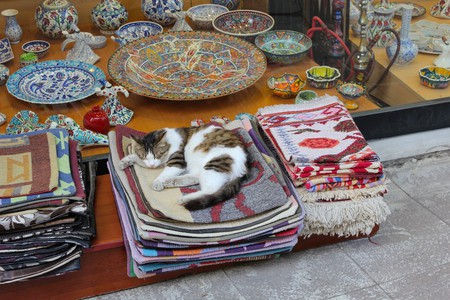 Cats take a nap wherever they can | © Murat An/Shutterstock

The vibrantly-coloured painted buildings on Yerebatan Caddesi in the historical Sultanahmet district will brighten your trip to Istanbul. Near the Basilica Cistern and Hagia Sophia, numerous restaurants, cafes and hotels have reinvigorated the street, whose name translates as “the avenue that sinks into the ground”, into the perfect must-visit destination to take some respite from Istanbul’s hustle and bustle. 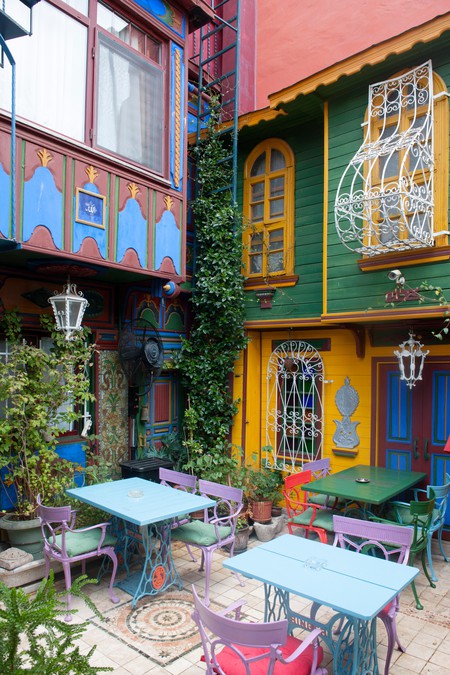 If you want to try a classic Istanbul delicacy then head to the Galata Bridge on the mouth of the Golden Horn, where you’ll find traditional Turkish boats selling fish sandwiches. Over a century ago, enterprising fisherman, who brought their catch from the Bosphorus and Sea of Marmara to sell by the bridge, started to cook the fish and sell it as a cheap snack. 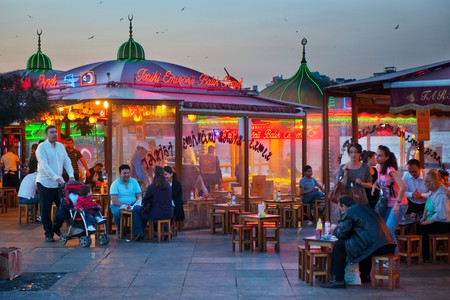 Built by Sultan Mehmed the Conqueror, the majestic Topkapi Palace is one of the most superb examples of Ottoman architecture with its opulent designs that adorn the walls and ceilings. The enormous Unesco World Heritage site was constantly being adapted to reflect each reigning Sultan’s tastes, making it a truly unique piece of history and a must-visit experience while in Istanbul. 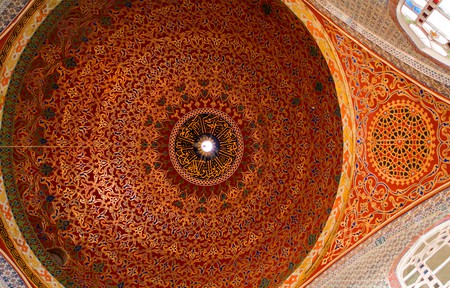 Like something out of a fairytale, the Galata Tower pierces Istanbul’s skyline with its conical cap. It’s the perfect place to get an unrivalled view of the city and now it has a restaurant and bar on the upper floors. 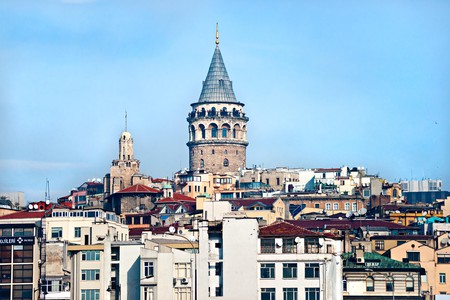 For the best views in town, head to the Galata Tower in Beyoglu | © Luciano Mortula / Alamy Stock Photo

In a huge city such as Istanbul, there are multiple transport options, but the restored 19th-century tram on İstiklal Caddesi are a great way to get around, not necessarily for efficiency but for nostalgic novelty. 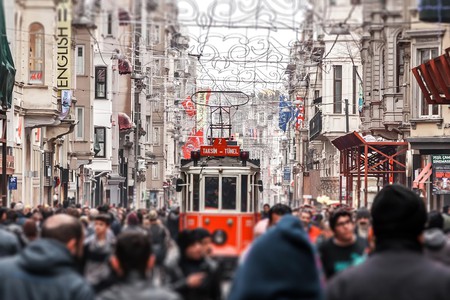 In a city that can boast over 3,000 mosques, you could be forgiven for thinking that you might get bored at the sight of them. But with such variation, each mosque tells a story. Overlooking the Golden Horn, the beautiful Süleymaniye Mosque is the city’s second largest. Built by the the famous Ottoman architect Mimar Sinan, it’s an exceptional example of 16th-century Ottoman architecture and also houses the tombs of Süleyman and his wife Haseki Hürrem. 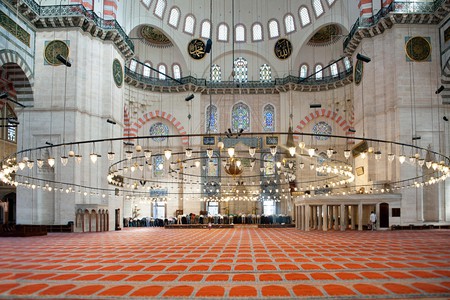 The grandeur of the former 15th-century cannon foundry is truly captivating. Another commission of Sultan Mehmed the Conqueror, the Tophane-i Amire has gone through various uses, from education centre to military museum. Today, though, it’s the ideal architectural location to host art exhibitions in its three cathedral-like spaces. 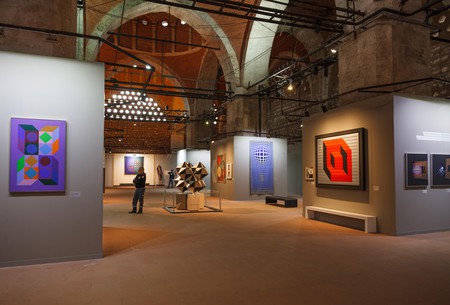 With its picturesque views across the Bosphorus and landscaped grounds, the Sabancı University’s Sakıp Sabancı Museum in Emirgan was once the villa of the Egyptian prince, Mehmed Ali Hasan. It’s since become known as “the mansion with the horse” because of the equestrian statue by French sculptor, Louis-Joseph Daumas, in the hilltop garden. Today the museum houses a permanent collection of Turkish paintings as well as showcases temporary exhibitions by contemporary artists such as Ai Weiwei. 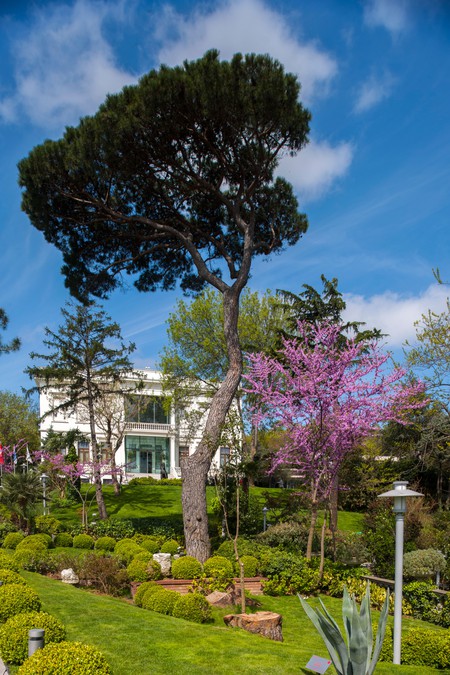 With its remarkable Byzantine frescoes, the former Greek Orthodox Church is something of a hidden Istanbul gem. Now a museum, the Chora Church is filled with an array of impressive mosaics that depict the life of Christ and the painted dome show Mary with 12 attendant angels. It’s a little piece of heaven within the original walled part of the city that can’t be missed during your trip. 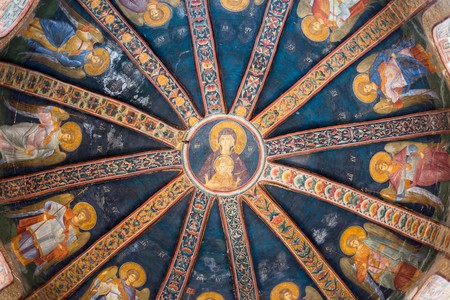 The Church of the Holy Saviour in Chora
Give us feedback