The Turkish Way: The Roca Brothers Take On Turkish Cuisine 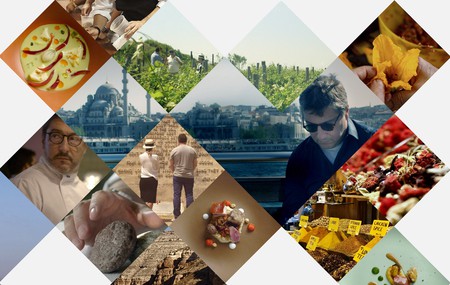 Courtesy of The Turkish Way

Owners of the famous El Celler de Can Roca (a three-Michelin starred restaurant in Girona, Spain) the Roca brothers have taken on Turkey and its multitudinous culinary traditions in a new documentary. In The Turkish Way – the follow up to Cooking Up a Tribute, which premiered last year at major international festivals – the three brothers explore the country’s amazing culinary potential, while gaining inspiration to create their own Turkish-influenced dishes.

When Joan, Josep, and Jordi Roca opened the restaurant El Celler de Can Roca in Girona, Spain in 1986, it quickly became a favorite among critics, earning the honor of ‘Best Restaurant Award’ from the Diners Club World’s 50 Best Restaurants Academy in its 2013 and 2015 awards edition. It’s no secret that the three brothers have a talent for serving traditional Catalan cuisine with a profoundly creative edge in their own restaurant, and yet they are always on the lookout for new inspiration around the world. Directed by Luis Gonzalez – who also directed the brothers’ debut film Cooking Up a Tribute in 2015 – the documentary The Turkish Way follows the three chefs as they travel to different regions in Turkey including Istanbul, Cappadocia, and Gallipoli to learn about the country’s traditions, culinary techniques, and products.

In Istanbul, the three Spanish food enthusiasts get to know the city’s most talented chefs who are all discussing a new approach to traditional cuisine known as the ‘New Anatolian Cuisine’ – a desire to move Turkish food away from European influences and instead modernize traditional ingredients and dishes. In the countryside, Turkey’s wine producers, farmers, sommeliers, and chefs are all featured expressing their commitment to the gastronomic heritage of the country’s history. From simple traditional fare to the most haute cuisine creations, the three brothers delve deep into the evolution and current state of Turkey’s gastronomic scene, featuring such important names as Maksut Aşkar of Neolokal and Mehmet Gürs of Mikla among others.

The Turkish Way is the second part of the BBVA-El Celler de Can Roca Tour, which has also traveled around Argentina and the United States. At the end of each tour, the Roca brothers designed a special menu for each city they visited, using only local ingredients to pay tribute to their experiences. It is also quite clear that the tour has had a major impact on the restaurant’s future menus, where every new experience in another country means inspiration for a new dish at the Michelin starred establishment. 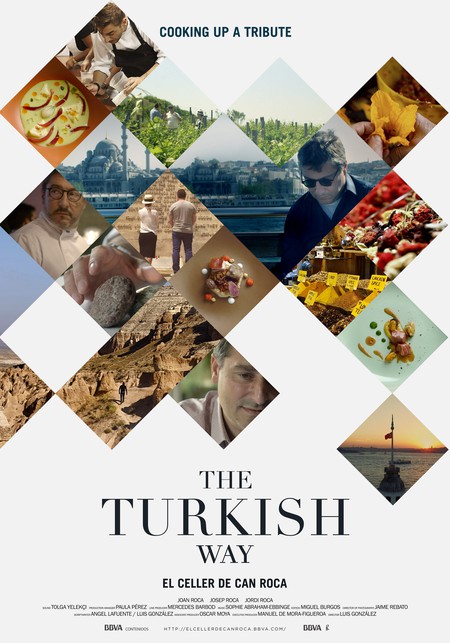 Courtesy of The Turkish Way

Recently, the brothers took on the tour’s third part, which traveled around London, Hong Kong, Phoenix, San Francisco, and Santiago de Chile, and marked the end of the long gastronomic journey that has traveled over 160,000 kilometers. The brothers also set up a project that will allow for talented student chefs – who were part of the tour’s itinerary – to train at the famous restaurant in Girona. As for Turkey, the documentary premiered at the 65. Berlin Film Festival and continues to make rounds at important festivals around the world.