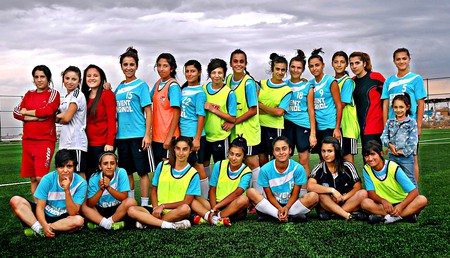 Turkey’s obsession with football is well documented, but the sport is in danger of neglecting its female following. With a distinct lack of support, female fans and teams rely on a small group of select individuals to provide them with guidance on and off the pitch.

Gender inequality – particularly when it comes to football – is one of the topics explored in The Passion: Football and the Story of Modern Turkey, Patrick Keddie’s new book about the country’s footballing fixation.

In The Passion, Keddie observes a range of issues – from the ultras integral to domestic match days to the Syrian refugees attempting to rebuild their lives in the country’s lower leagues – but also focuses on how women’s football is in danger of being left behind. However, there are those that are desperate not to let that happen. One of these is Dogan Deniz Celebi, a PE teacher who works in Malatya, a city in the Eastern Anatolia region of Turkey. According to Celebi, local authorities and sports clubs in the west of the country have an established role in supporting women’s football, but it’s not a situation replicated in the east. 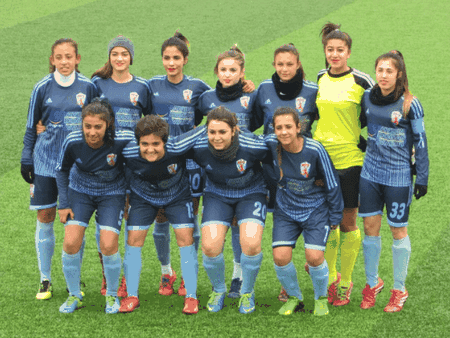 Celebi started a girl’s football team 10 years ago. The aim wasn’t purely a sporting one; Celebi believed that playing football in a structured, supported environment would help young girls stay in education as a whole, as well keeping them away from trouble. In the decade that has passed since the team was formed it has enjoyed huge success, becoming one of the best school teams in the country.

A typical path in life for young girls in Malatya, a relatively poor part of the country, sees them drop out of school to start working in local factories until they earn enough money for a dowry. It is not unusual for girls to join Celebi’s team secretly, not telling their family that they now play ‘a boy’s game’. But Celebi has managed to convince friends and family members of the benefits of girls participating in sport through their sporting development and, as a result, this progression has led to the program being extended beyond the school system.

Malatya Bayanlar Spor Kulübü, or Malatya Women’s Sports Club, was formed in 2012, an extension of Celebi’s idea into the wider Malatya community. Despite its infancy, the club currently competes in the country’s third tier of women’s football. In addition, because the club operates with a Turkish Football Federation licence, members can gain university credits, and scholarships from local businesses, to help support their further education, with some going on to train as football coaches themselves.

Despite having this license from the TFF, however, support at the local level is harder to come by. Celebi explains, ‘The municipality in Malatya pretends that women’s football in Malatya doesn’t exist. They [the Justice and Development Party (AKP)] don’t want to acknowledge it.’ He explains that while they support the men’s game, he can’t even get a sit-down meeting with the AKP in Malatya. 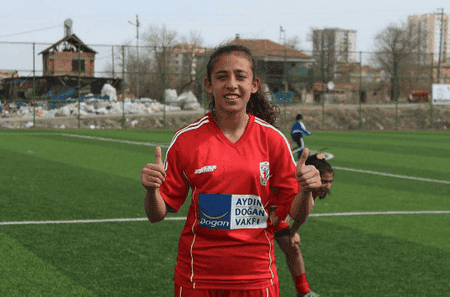 A Malatya player at training. | © malatyabayanlarfutbol

According to Keddie, Celebi’s experience of women’s football in the east is a reflection of gender inequality in the country as a whole. He writes, ‘The World Economic Forum ranks Turkey 130th out of 145 countries for gender equality. Just 33.6 per cent of Turkish women are employed, one of the lowest rates in Europe or the Middle East, while 20 per cent of Turkish women are illiterate and men own 92 per cent of all property.’

Part of this inequality comes from the strict rules enforced under the Ottoman Empire, where women lived in a society where forced marriage and polygamy was common. In the early parts of modern Turkey’s independence and the abolition of sharia law, restrictions on women playing sport were lifted and women were given the vote (in 1934), but in practice an extremely patriarchal society remained. As Keddie explains, ‘Women were often marginalised, especially those who wore the headscarf, which was banned in public institutions. Kemalist governments were in power for most of Turkey’s history, and the large conservative nationalism they propagated held women in check. Violence against women was common and scarcely acknowledged, held as something normal.’

Today, Celebi continues to push against a system that stifles his ambition. Having spent his time as ‘president, kit man, medic, bus driver and ball boy’ he can no longer keep the club running. Virtually all of his disposable income has gone into keeping the club afloat and it has been on the precipice for a number of years. In 2016 – the same year that eight of his side were awarded places at university – the club nearly went under, only surviving as a result of a donation from the Aydin Doğan Foundation. 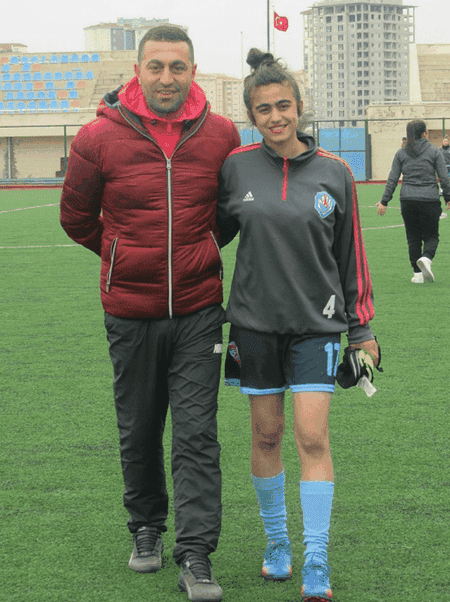 Dogan Deniz Celebi with one of his players. | © malatyabayanlarfutbol

The worrying reality is that projects like Celebi’s are in a particularly precarious position. Through the work that Celebi has done, Malatya Bayanlar Spor Kulübü has held workshops and events funded by donations from the United Nations. Guest speakers have helped educate on anything from health and nutrition to human rights and domestic violence. And yet, there is the serious threat of the whole thing going under. The aforementioned lack of funds is in part down to the inability to attract sponsors, with companies having little to no interest given the lack of media attention that women’s football gets in Turkey.

As a result, the Malatya women’s team have had to sell some of the players that they’ve signed, and have been forced to focus on young, local talent – good in the short term for those players that are getting the opportunity to play, but not a sustainable model financially and not a viable way of developing younger generations. While it’s important to state that this issue goes beyond Malatya, with women’s football often neglected across the region, it is equally significant to stress how important individuals like Celebi are in terms of local influence. If the Malatya women’s team closes, it’s unlikely the team’s members will be allowed to play elsewhere.

Ikranur Sarigul, who joined Celebi’s team as a teenager despite being forbidden to play by her parents, explains ‘It is going to affect the area very badly because if the club is closed down then people won’t let their daughters play football. Because they trust in Dogan [Celebi]. They would never allow their daughters to go to other clubs to play football. So their future will be totally devastated.’

The next few years will be crucial for Celebi, Malatya and young women in eastern Turkey, but it is clear the current situation isn’t sustainable. What’s required isn’t short off a total shift in mindset nationwide, from the very highest administrative level, and filtering all the way down. It will require many more like Celebi and his ilk, but crucially, requires that they be supported in what they are trying to achieve. Without that support, the 50 or so girls Celebi has helped get to university through his football teams will remain a minority. 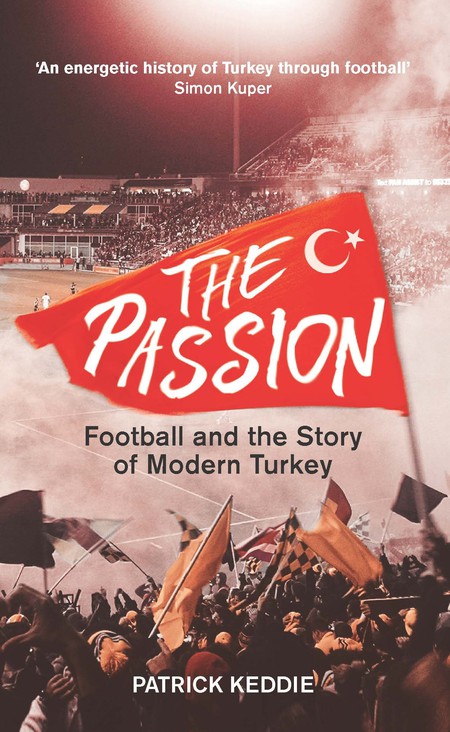 The Passion: Football and the Story of Modern Turkey, by Patrick Keddie, is published by I.B.Tauris (UK), RRP £16.99