Top Things to See and Do on Istiklal Street, Istanbul 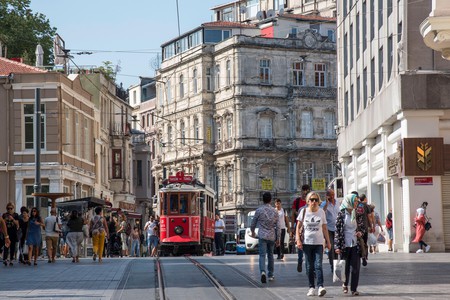 A visit to Istiklal Street is an opportunity to experience the unique energy and spirit of Istanbul at its most organic. The street is the busiest in the city, comparable to Fifth Avenue in NYC or Oxford Street in London. The long stretch has shops with every product imaginable, cafes and restaurants, live music, bars, cinemas and much more. This is our list of the best attractions on Istiklal Street. 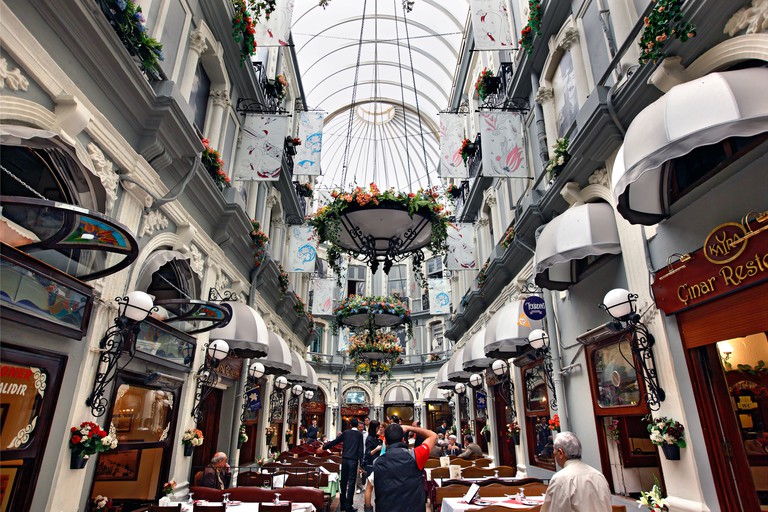 © Hercules Milas / Alamy Stock Photo
The Flower Passage is a historical arcade containing cafes, restaurants and wineries. The arcade originally contained a theatre, which was destroyed in a fire. After the Russian Revolution of 1917, many formerly wealthy Russian women sold flowers here, giving the area its name. This is an exquisite feat of architecture that you can enjoy either by strolling through or by sitting and enjoying a meal or a beverage under the domed roof. 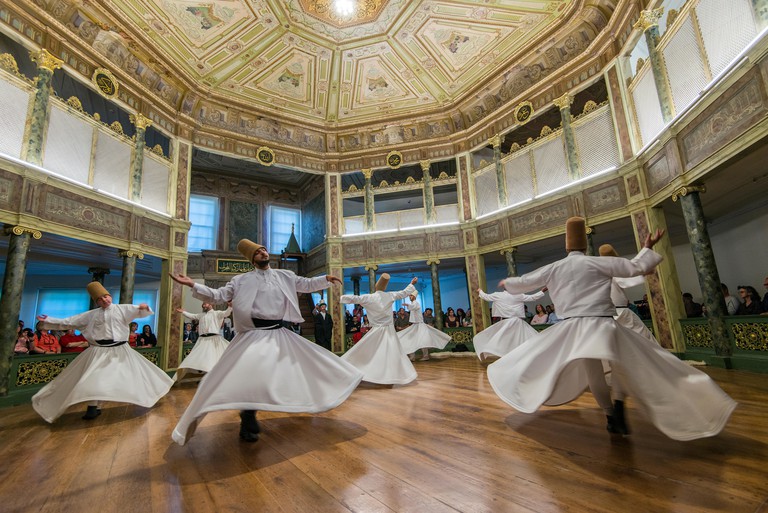 © Stefano Politi Markovina / Alamy Stock Photo
This museum was built in tribute to the ceremony conducted by the Turkish order of Whirling Dervishes. The ceremony denotes an ancient practice of spinning in a deep prayer trance, arms raised in praise of God. It is a ceremony that only those admitted into the order can perform and is one of the most fascinating spectacles that travellers can witness in Turkey. This museum archives many artefacts and documents from the long history of this ceremony, including the origins and its outlawing in the 1920s. 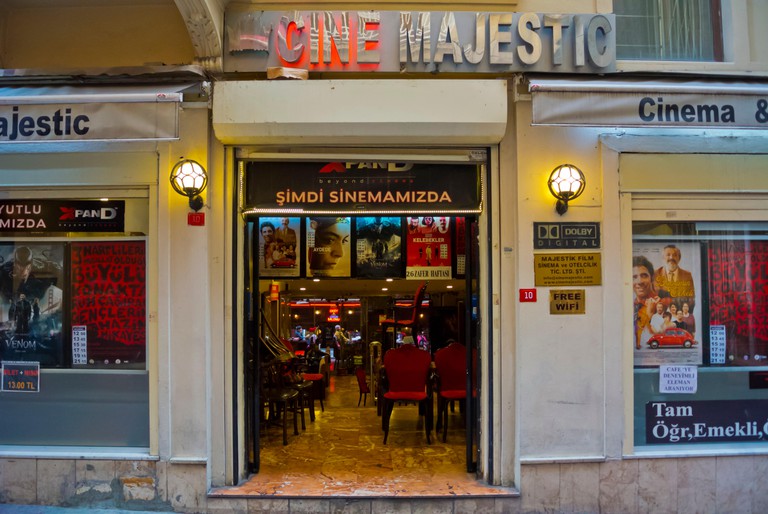 © Peter Erik Forsberg/Documentary / Alamy Stock Photo
The Majestic Cinema is a modern cinema with a vintage twist – it has the refreshing feeling of an independent cinema. The venue is smaller than a traditional cinema and shows Turkish- and English-speaking films. Experience a comforting taste of home with an English blockbuster or try something new and watch a Turkish movie. 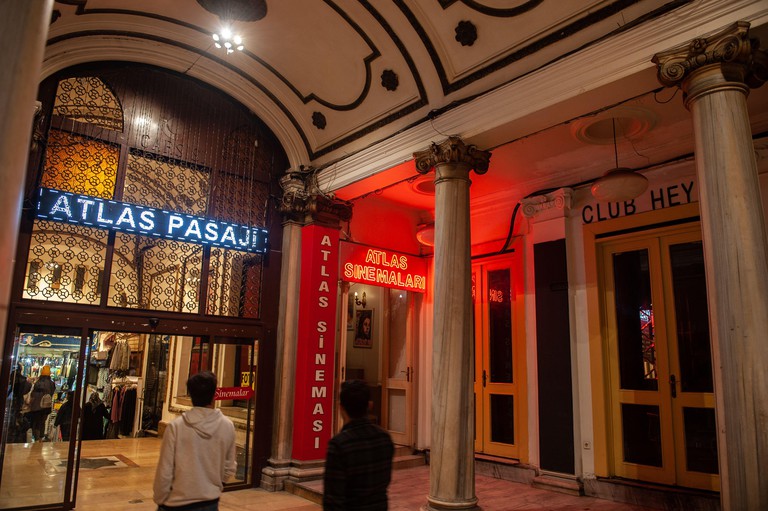 © john wreford / Alamy Stock Photo
The arcade has been in Istanbul since the 1870s and was one of many locations in the city renovated due to fire damage. It remains an integral city landmark, hosting a cinema and shops. A stroll through this arcade is a fascinating look into how regular Istanbul citizens live and socialise. This is a great stop for any traveller who wants a real glimpse of Istanbul – behind the guidebooks and travel brochures. 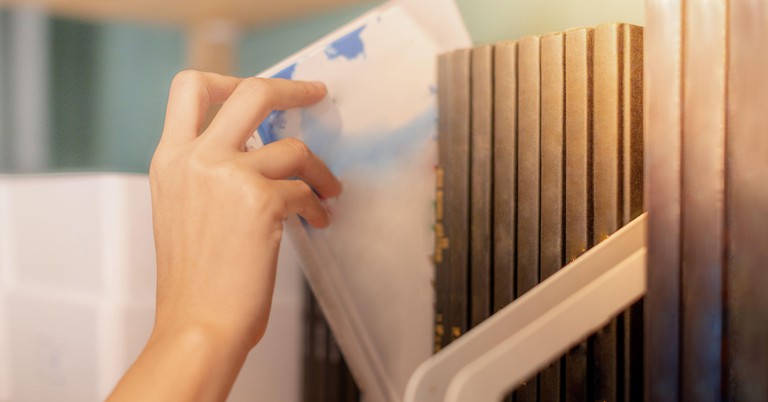 © Phongsaya Limpakhom / Alamy Stock Photo
Find international bestsellers in both Turkish and English here along with maps, travel books, stationery and anything else you could need from a bookstore. This store is known for having an extensive collection of books on Ottoman and Turkish history, so make sure to visit if you’re keen to gain a detailed insight into the history of Istanbul. 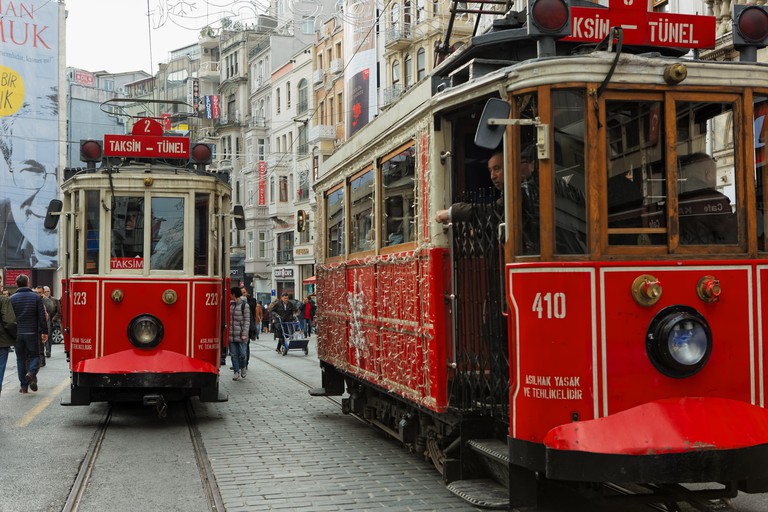 These beautiful ruby-red trams are as much a fixture of Istiklal Street as the cobbles on the road. No trip would be complete without boarding one of these vehicles that have carried shoppers and tourists up and down the bustling avenue for decades. This is one of the many examples in Istanbul of the past working seamlessly into the unique modern culture of the city. 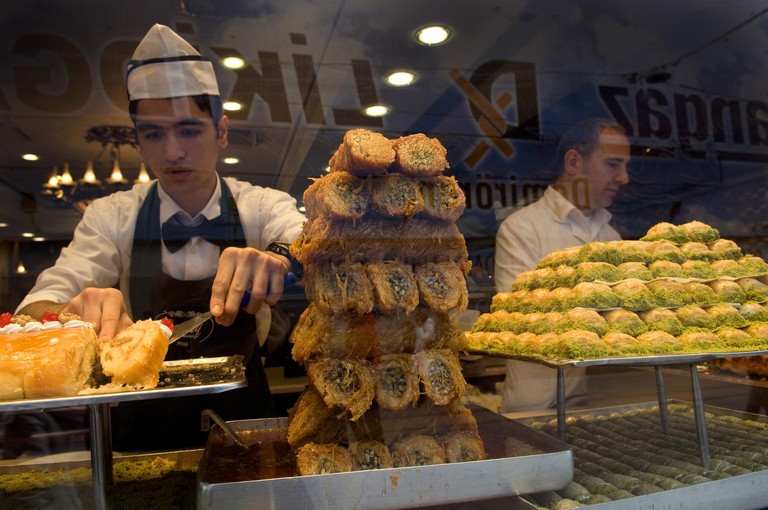 © ZUMA Press, Inc. / Alamy Stock Photo
Want to sample the best food on Istiklal Street? Look no further than Saray Muhallebicisi. The patisserie offers well-known and lesser-known Turkish sweet treats, from baklava (a rich pastry layered with chopped nuts and covered in a sweet syrup) to lokma (fried, crispy balls of dough in a sweet syrup, both at once crisp and deliciously gooey). You’ll leave his landmark shop besotted with Turkish cuisine.

Interested in visiting? You can explore Istiklal Street as part of Culture Trip’s epic 12-day Turkey adventure, which includes three nights in Istanbul.