The Top Things to Do and See in Konya, Turkey

While most visitors to Turkey head straight to Istanbul or Cappadocia, those looking to truly get a feel for the country should make a beeline for Konya instead. A landlocked city just south of Ankara, Konya seamlessly blends religion, points of historical significance and touches of Seljuk culture with very modern surroundings.

Walk in the footsteps of poet Mevlana Celaleddin-i Rumi, where you’ll learn about his life and explore the streets of Konya, his hometown, on Culture Trip’s 12-day group tour.

Discover the ancient town of Çatalhöyük 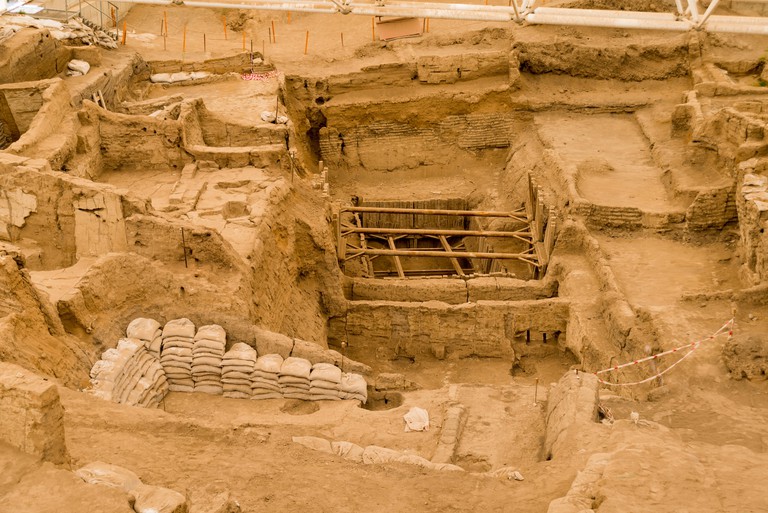 © KENAN KAYA / Alamy Stock Photo
Proudly named a Unesco World Heritage Site, Çatalhöyük is an ancient settlement that dates back around 9,000 years. The archeological site is said to have flourished between 7100 BCE and 5700 BCE. It was “stumbled upon” by a team of British archeologists in 1958. An initial dig of the site discovered 40 houses as well as figurines, pottery and wall art – so there’s plenty for history lovers to learn about here. 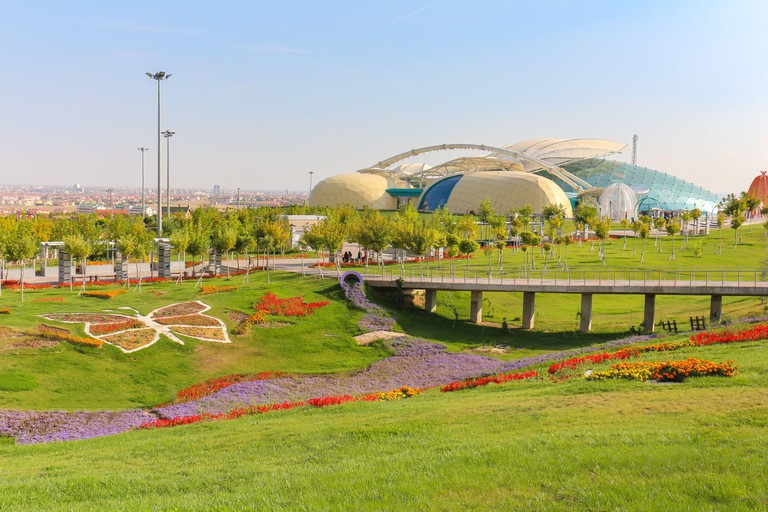 © Yalçın KAHYA / Alamy Stock Photo
The first butterfly sanctuary in Turkey and the largest in Europe, the Konya Tropical Butterfly Garden opened in 2015. It’s now home to an estimated 10,000 butterflies made up of over 45 different colourful species, making it a must-see when visiting the region. The building itself is one of the longest butterfly flying fields in Europe. Soak up the year-round tropical temperatures inside, plus a smattering of exotic pants. 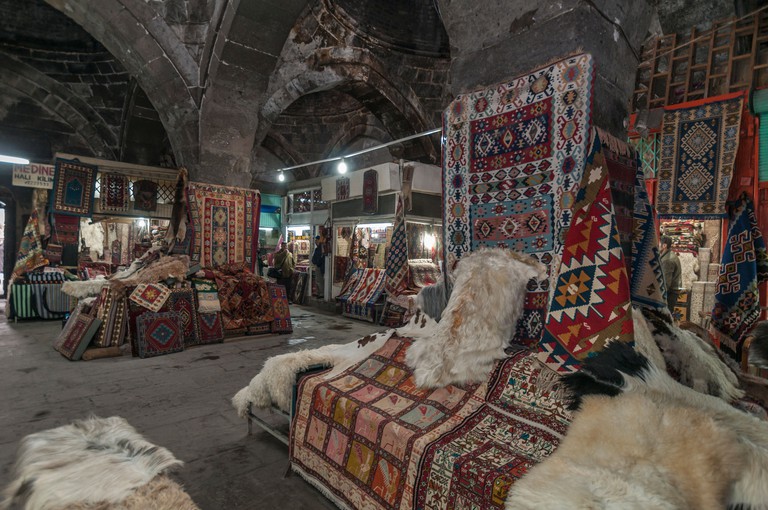 © Ayhan Altun / Alamy Stock Photo
Plonked near Mevlana’s Tomb, Bedesten Bazaar is the oldest bazaar in Konya. Here, discover the ancient artisan culture displayed in the vibrant cluster of shopping streets, where you can buy traditional products and wares. If you’re feeling a bit peckish post-shop, dine on traditional Turkish fare at the nearby cafes of Celal Bey Etli Ekmek or Tiritci Mithat. 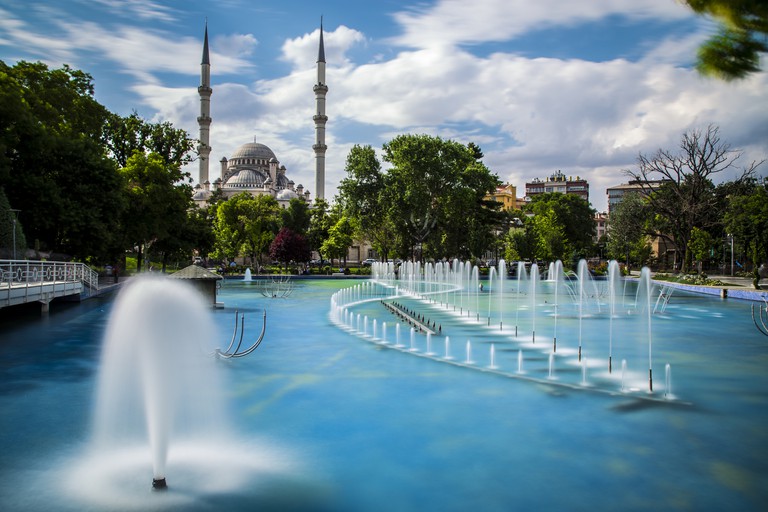 © servetdemir2014
While we wouldn’t usually recommend heading into a park at night, this is the best time to visit Kultur Park. Located in the city centre, a light show kicks off here after dusk, where you can see the fountain display in front of one of the city’s biggest mosques – a truly magical sight. It’s worth coming back during the daytime too, to see its pool, amphitheatre and historical Dede Garden.

Walk through the mosque and gardens on Alaeddin Hill 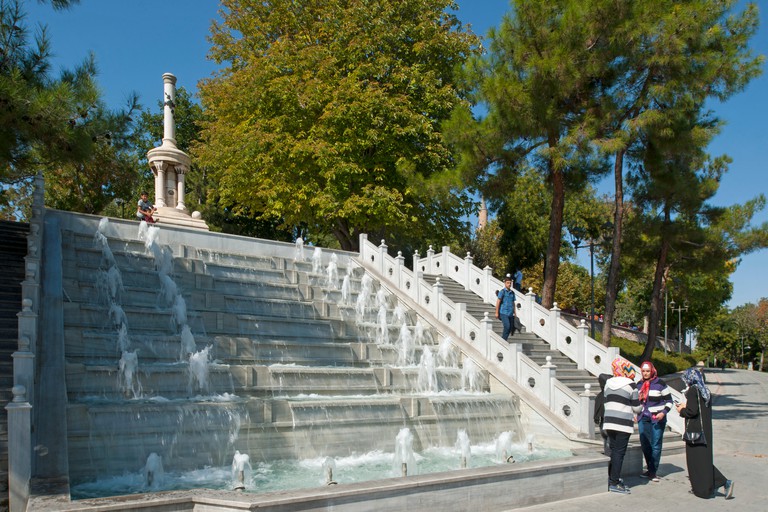 © Hackenberg-Photo-Cologne / Alamy Stock Photo
Just next to Kultur Park, Alaeddin Hill is a walled park in the city centre that’s filled with lush greenery. As well as pretty gardens and benches, on the eastern side of the park there’s a large marble fountain that cascades down the hillside. The park boasts a lot of historical significance as it’s home to the remains of a citadel, as well as the towering Alâeddin Mosque, which was built in 1235.

Take the kids to the Konya Science Centre

As well as being Turkey’s first interactive and bilingual institution for STEM education, the Konya Science Centre is also a great place to visit for tourists. There’s exhibitions on the body, world and universe as well as a planetarium. With lots of hand-on experiences to have, it’s a great option if you’re travelling with kids or teenagers.

Stroll through the Mevlana Museum 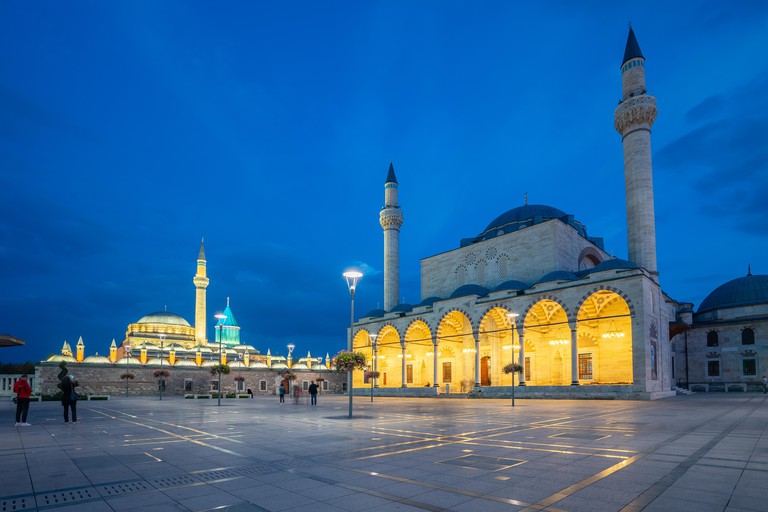 © Nattee Chalermtiragool / Alamy Stock Photo
From the moment you see the striking green tower roof, trimmed with intricate Arabic inscriptions, you know you’re in for a treat at the Mevlana Museum. The museum’s most notable exhibit is the tomb of Rumi, an Islamic scholar and poet from the 13th century. It also houses an extensive array of art pieces, relics and antiques, plus it’s decorated with passages of Rumi’s timeless poetry. 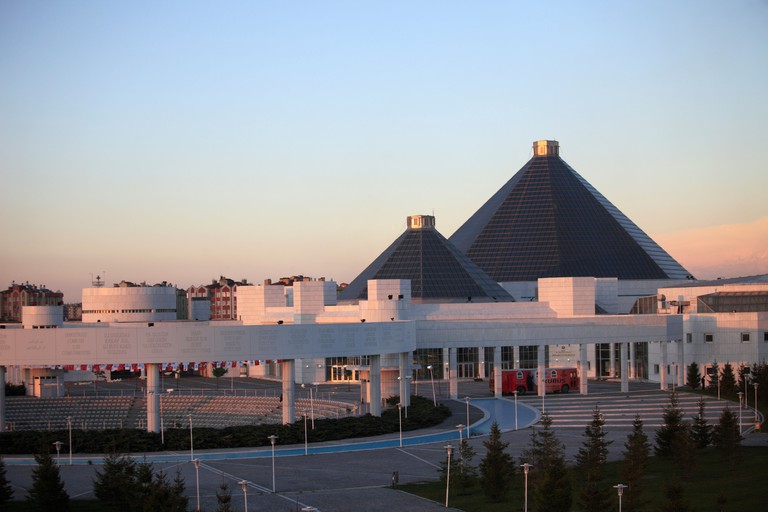 © Tibor Bognar / Alamy Stock Photo
It’s an image that has become synonymous with Turkey and Middle Eastern mysticism. You will be treated to the captivating sight of skilled Turkish Dervishes hypnotically spinning in deep prayer, a display staged in worship of Allah. The ceremony shows groups of men whirling for a quarter of an hour in a trance-like state to the sound of ululating, sonorous Islamic hymns. For an authentic glimpse into Turkey’s cultural and spiritual past, this spectacle is not to be missed. 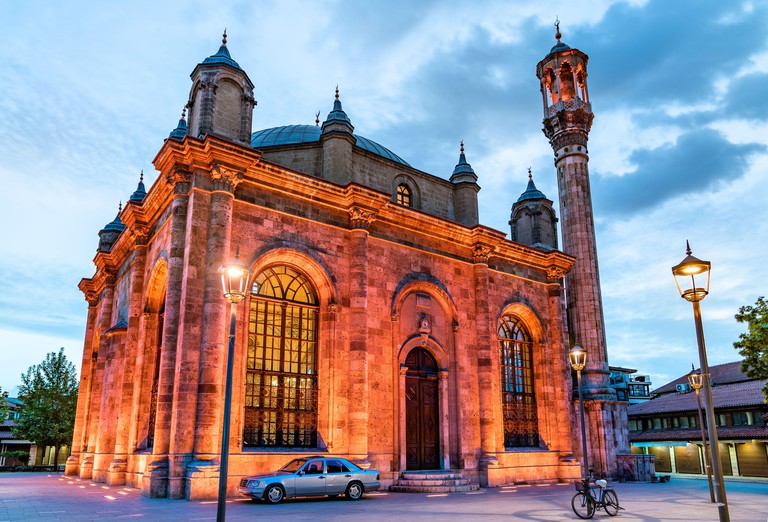 © Leonid Andronov / Alamy Stock Photo
Everything about the decor of Aziziye Mosque is indicative of the intricate beauty of Ottoman art – decorative calligraphy and detailed ceramic tiles. However, the large baroque windows wouldn’t look out of place in a cathedral. The interior and exterior are similarly beautiful in shades of green, blue and gold. It’s free to enter this unusual spectacle, but note that it may be closed for prayer at times during the day. Stop for tea afterwards at the Turkish tea house next door. 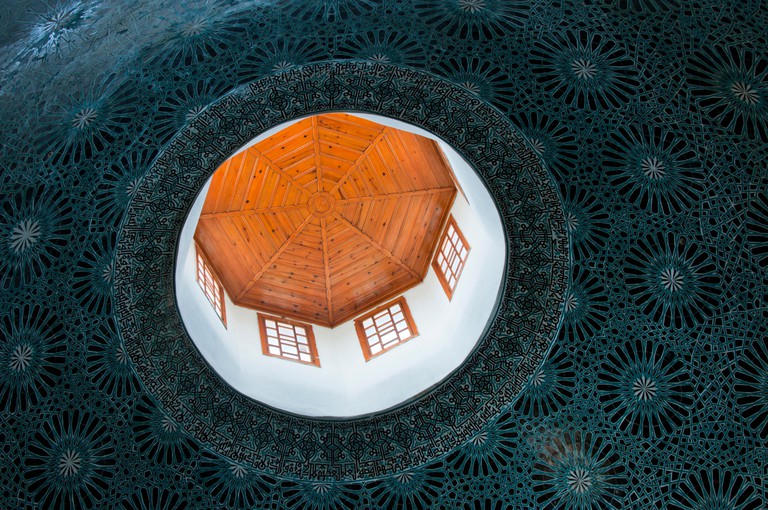 © Nigel Sawyer / Alamy Stock Photo
Built in 1251 by the Emir of the city Celaleddin Karatay, the Karatay Madrasa Museum has been dedicated to showcasing Seljuk tile work since the mid-20th century. If you want to learn more about the beautiful and intricately painted tiles that Turkey is known for, this is the place. Be sure to look up to take in its magical tiled ceiling, too.