The Top 10 Things To Do and See In Galata, Istanbul

Galata is a social and cultural hub in Istanbul that boasts an array of monuments, experiences, and sights to make your time in the area and in Turkey exceptional. From ancient monuments to retail opportunities and sporting events, Galata has it all. Join us for a comprehensive countdown of the essential stops for you to visit and appreciate while you’re here. 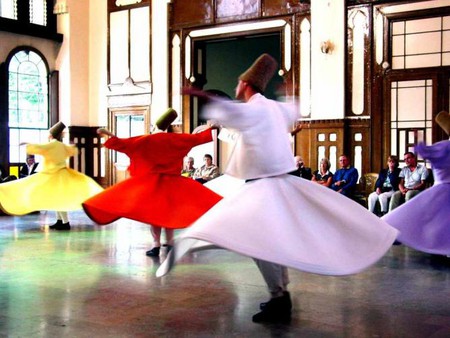 It is an image that has become synonymous with Turkey, its culture, and Middle-Eastern mysticism. At The Galata Convent of Whirling Derishes, you will be treated to the poignant and captivating sight of skilled Turkish Dervishes hypnotically spinning in deep prayer, a display staged in the worship of Allah. The ceremony which has long been performed for awed spectators shows groups of men whirling for a quarter of an hour in a trance-like state to the sound of ululating, sonorous, Islamic hymns. For an authentic glimpse into Turkey’s cultural and spiritual past, this spectacle is not to be missed.

The Galata Tower is one of Istanbul’s most striking monuments. The medieval tower has a phenomenal observation gallery upon which you can marvel the entire city and the coast. Additionally, it contains a restaurant and bar, which truly defines luxury dining. Enjoy world-class food, wine from around the world, and a stunning sunset as the Istanbul night illuminates beneath you. For those of you who have always enjoyed your history on the immersive side, don’t hesitate to try on some historical costumes and truly experience Ottoman decadence!
Open In Google Maps
İstanbul, 34421, Turkey
Give us feedback 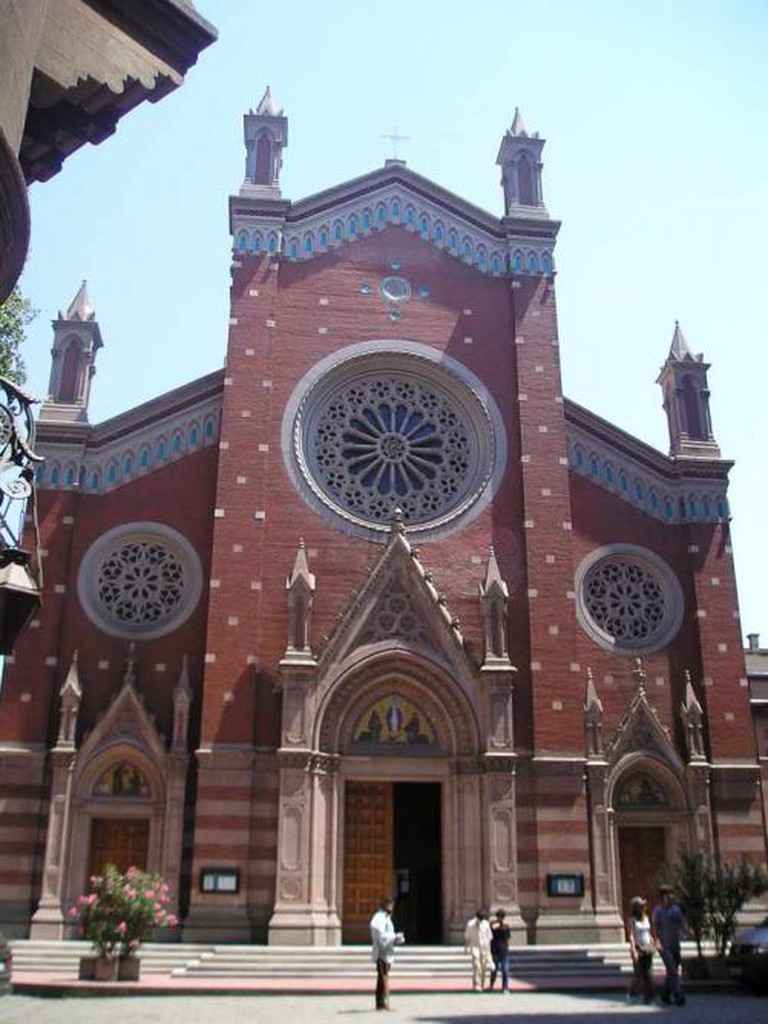 Church of St. Anthony of Padua, Istanbul | © Scisa/WikiCommons
The Church of St. Anthony of Padua is the largest Roman Catholic church in Istanbul and a stroking tribute to the variety of the city’s religious history. This building was originally commissioned and built by Istanbul’s small Italian community between 1906-1912. Keen historians and architecture enthusiasts can marvel at the church’ Gothic fixtures and serene interior. The church is still fully functional as so all are welcome to attend a service.
Open In Google Maps
171 İstiklal Caddesi, İstanbul, 34433, Turkey
+902122440935
Visit Website
Give us feedback

The Oxford Street of Turkey will enchant you from one end to the other. It boasts a number of restaurants, dessert vendors, antique shops, familiar Western chains and independent boutiques. Buskers line the roads and hundreds of locals and tourists are constantly milling about. This is a fantastic shopping destination and makes a prime place to sit back and people watch! If travelling the street by foot doesn’t appeal, feel free to take one of the vintage red trams! 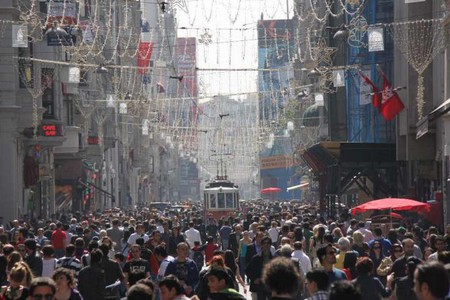 The Istanbul Museum of Modern Art is a triumph for the Turkish art scene. It showcases local talent as well as hosting an array of fascinating and education workshops and exhibitions. The main goal of the museum cum gallery, is to extol the beauty of Turkish art and culture. This is a site that truly encapsulates the ingenuity and creativity of traditional Turkish art and demonstrates how international influences and the passage of time have influenced the expression of native artists. Definitely put this on your to-do list!
Open In Google Maps
No:99 Meşrutiyet Caddesi, İstanbul, 34430, Turkey
+902123347300
Visit Website
Give us feedback 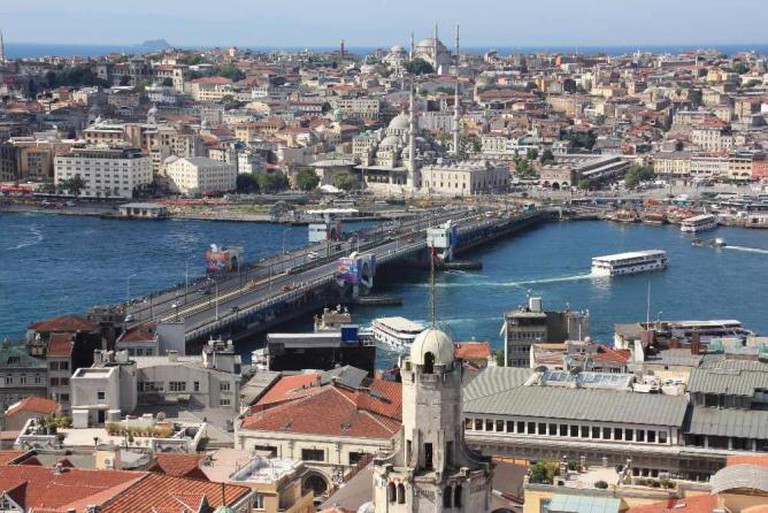 Galata Bridge | © Rrburke/WikiCommons
The Galata Bridge is one of the many astounding vantage points from which to marvel at the Istanbul skyline. As you stand with the Bosphorus beneath your feet and the city before you, you can immerse yourself in the ambiance of the city and a totally organic and unique way. No matter what time of day the city is utterly gorgeous and a feast for the senses! Watch ships drifting in and out of the bay, the passage of traffic, and hear the melodic call to prayer echo over the coast.
Open In Google Maps
Galata Köprüsü, İstanbul, 34425, Turkey
Give us feedback

The Jewish Museum of Turkey

Museum
Facebook
Email
Twitter
Pinterest
Copy link
Share
Map View
This museum is yet another example of the various groups that once lived in this predominantly Muslim city. The history of Jews in Istanbul is extensive and for a time the two major religions co-inhabited the city. This museum documents that time with documents, photographs, and other antiques. This museum is one of many landmarks in the city that has a great deal to offer those who are keen to seek it out and learn! Istanbul is a city of infinitely complex layers just waiting to be discovered!
Open In Google Maps
39 Büyük Hendek Caddesi, İstanbul, 34421, Turkey
+902122926333
Visit Website
Give us feedback 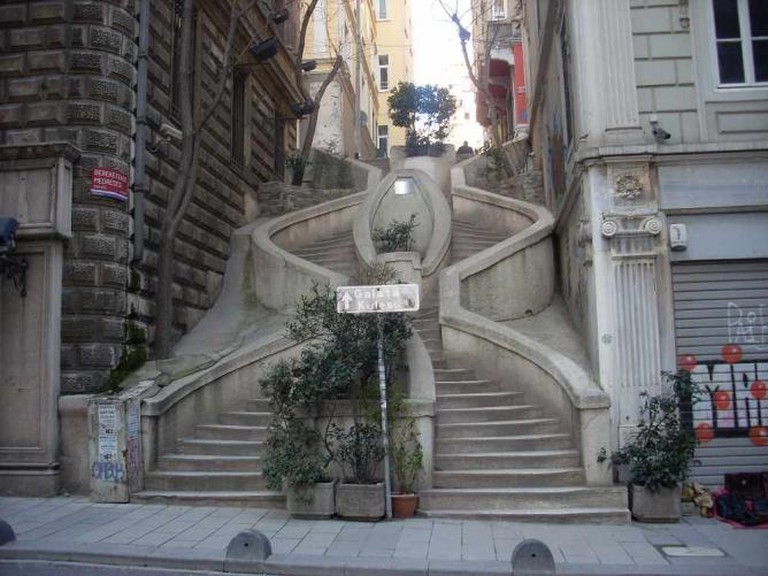 Camondo Stairs | © VikiPicture/WikiCommons
These historical stairs, weaving their way in stone ribbons up an Istanbul street have become a monument in themselves for their gorgeous art deco design. These stairs are no more than a pedestrian walkway but one cannot fail to notice their exquisite design, standing out from the more typical Gothic spires or ottoman geometry. Build and named after the House of Camondo, an influential family of European Jews who settled in Turkey in the 1490’s. Definitely make time to seek out this beautiful architectural curiosity on the Istanbul streets!
Open In Google Maps
NO:10 Bankalar Caddesi, İstanbul, 34421, Turkey
Give us feedback

Though more of a general monument in the capital city, do not hesitate to make the most of the Turkish boutiques and designers in Istanbul. Amid more recognizable western brands that are incredibly popular in the cosmopolitan city, there are still make unique products to be found and treasured. There are shops selling original art, furniture, clothing and much more that are lesser known on the world stage but are met with huge acclaim in Turkey. In a world that celebrates individuality and innovation, don’t hesitate to make a purchase that will mark you apart from the crowd! 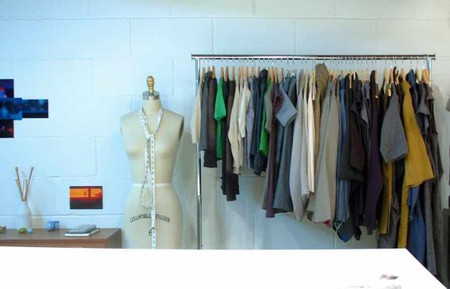 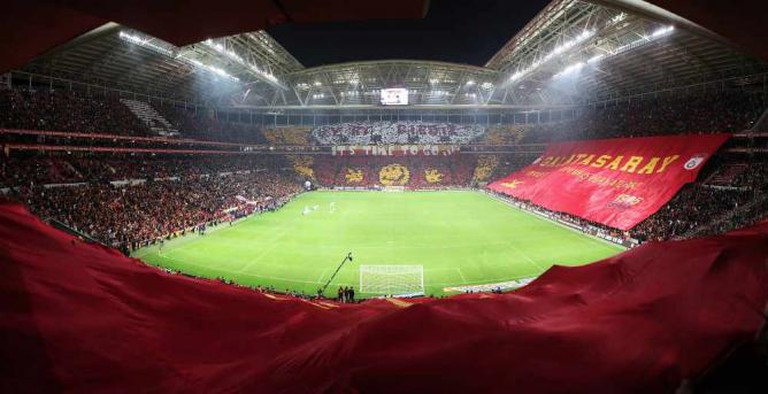 Türk Telekom Arena | © LardoBalsamico/WikiCommons
Whilst not strictly in the Galata area, the Tük Telecom Arena is the home stadium of the Galatasaray football team. If at all possible, don’t hesitate to buy tickets for one of their matches as Turkish football fans are infamously passionate about the sport and loyal to their team – it is guaranteed to be a lively and entertaining match. The team formed in 1905 and as a team that is over a century old, boasts many life long fans that inherit their allegiance from generations before them. The Galatasaray kit is distinctively colored in orange and burgundy – colors that burn as bright as the enthusiasm of the fans!
Open In Google Maps
Metin Oktay Cd, İstanbul, 34396, Turkey
+902123051905
Visit Website
Give us feedback
Give us feedback