The Top 10 Things To Do and See in Ankara

Ankara, as the capital city and the administrative centre of Turkey, symbolizes independence and modernity to Turkish people. Ankara has a mix of modern and historical elements in different neighbourhoods. Therefore, going to Ankara is a unique opportunity to experience Turkish cultures and architectures. Check out below what to do and see while in Ankara! 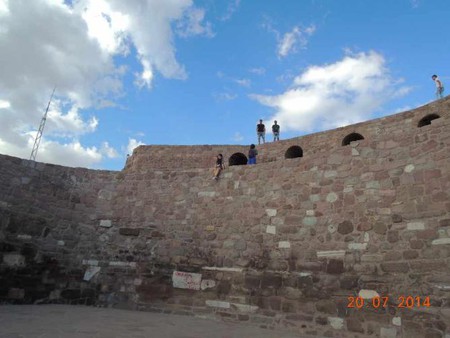 If spending time in museums and mosques allows you to see part of Ankara’s history and cultures, then going to Ankara Castle enables you to see the 360 degree of Ankara. Located in the district of Ulus, Ankara castle was originally built as a military defense and is now one of the most popular tourist destinations in Ankara. Unlike the castles in your old storybooks, Ankara castle is a large, dense military stronghold: it is comprised of 4 huge walls, constructing the circular area in the middle of the city, with 42 pentagonal towers running along the top. Although walking up the hill to the castle is not an easy task, the magnificent view that awaits at the top certainly is, as is the bustling bazaar with dozens of small stalls selling all manner of trinkets.

Anıtkabir, as the mausoleum of the first and second President of the Republic of Turkey, is a beautifully designed museum which attracts not only tourists but also historians and architects every year. Anıtkabir, where the museum of Ataturk and War of Independence is located, has a wide collection of paintings and exhibitions. It is divided into four parts, one part being the Road of Lions, a long walkway where you can watch Turkish soldiers on parade. Another part is Peace Park, a large green area bursting with plant-life. There’s even a Turkish flag made entirely out of flowers! Other parts include Ceremonial Plaza and the Hall of Honor where the tomb of Ataturk, the first president, can be found. There’s a lot to remember and a lot to see, so audio guides (which are available in many languages from the visitor center) are a good idea. 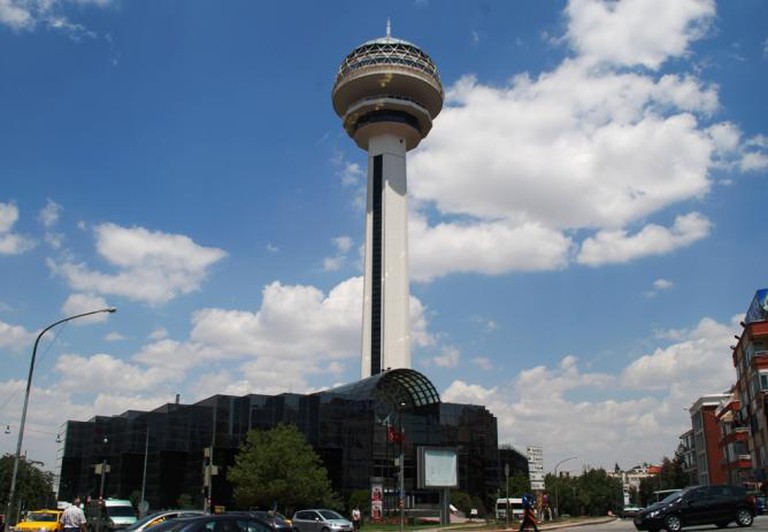 Atakule‎ Tower in Ankara | © Elelicht/WikiCommons
The Museum of Anatolian Civilizations, named as Museum of the Year in Switzerland in 1997, has a large collection of Anatolian archaeology exhibits chronologically arranged from the Paleolithic era to the present day. It acts as an introduction to the ancient history of Turkey and Ankara. You will see many housing artifacts and Hittite figures, the origins of which can be traced as far back as the first millennium BC. Address: Gözcü Sk. No:2, 06240 Ankara, Turkey-324-3160
Open In Google Maps
2 Gözcü Sokak, Ankara, 6240, Turkey
+903123243160
Visit Website
Give us feedback

Atakule, opened in 1989, is a communications and observation tower with a height of 410 feet. ‘Ata’ means ancestor and ‘kule’ means tower, and ‘Ataturk’ was the founder and the first President of the Republic of Turkey. This historical landmark, located in Çankaya, has an open terrace allowing tourists to look out over the entire city. If you want to eat with a view, visit Sevilla, their restaurant which rotates 360 degrees in an hour, giving you panoramic views of the city without even having to leave your seat.

Çengelhan Rahmi M. Koç Museum, situated next to the Ankara Castle, is a museum which collects a wide range of exhibits about transport, industry and communications. Most of these have been generously donated by the Koç family. You will find curios and collectibles including children’s toys and old technology, and transportation collectibles including full size ships and aircraft! With many interactive exhibitions and activities, including a free train ride, this museum is perfect for children.

If you take the train to Ankara, one of the first thing you will see as you pull into the station is the ferris wheel at Gençlik Park! Gençlik Park is a public park with a difference: as well as 69 acres of greenery and water features, it houses a swimming pool, an amusement park, an open-air theater and two miniature trains! There are also over 40 kiosks in the park selling all manner of wares (make sure to try the authentic Turkish ice cream and fresh corn-on-the-cob) and every evening the main pool hosts a spectacular light show. A whole day and night of fun can be enjoyed at Gençlik Park!

If you are planning a trip to Ankara, try and plan your trip to coincide with one of these fantastic festivals:

Begun in 1988, this film festival is the jewel in Ankara’s crown and has been getting bigger and better every year. With around a dozen events a day over the month, film-buffs will surely find something unique to pique their interest.

Part of a wider celebration for children held every April, the Cartoon Festival mainly consists of a huge cartoon competition, where professional cartoonists from all over Turkey submit their work to be judged by a secret comity, and the winner will have his/her work displayed around the city. Entered by adults but part of a festival for children, the only rule is that children should be able to understand and enjoy every cartoon submitted.

This is an annual event to celebrate women’s contributions to film making. The two big prizes of the month are the Bilge Olgaç Honorary Award and the Lifelong Achievement Award, and each years entries are based around a chosen theme.

It is a 4-day festival where internationally renowned dancers and artists participate in multifarious concerts, shows, workshops and have different dress codes every day. It is a celebration of both the performing arts and fashion industries.

Beypazarı is an Ankaran district with a rich history and proud heritage. While it is famous for silver-work, many visitors go to the jewelry market for Turkish souvenirs. There are numerous jewelry suppliers, so there will be a lot of goods and products for you to choose from. As well as jewelry, check out handicrafts that are full of local characteristics! It is also a good opportunity to see the design of local Turkish houses around the area. 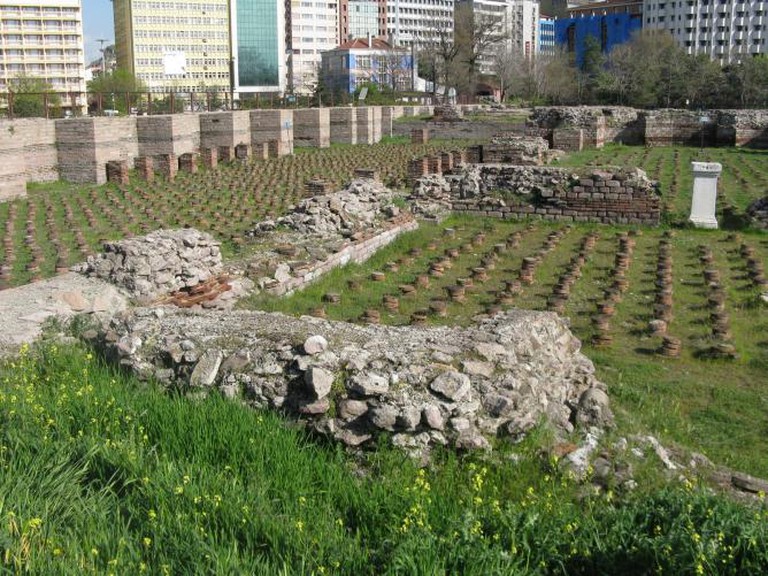 Roman Baths | © SeraTJ/Flickr
The Haci Bayram Mosque was built in 15th century, dedicated to the founder of Baryam Sufi order. Considered to be one of the most historically significant mosques in Turkey, Haci Bayram Mosque is also one of the most visited. Make sure you see the Arabic calligraphy on the walls, painted engravings on wood and various unique features of the mosque. Some do come for a religious experience, but many make the visit to appreciate the architecture and history of this great monument.
Open In Google Maps
No:13 Sarıbağ Sokak, Ankara, 6050, Turkey
Visit Website
Give us feedback

Visiting the Roman Baths in Ankara is a good way to learn Roman history through little stories, statues, and inscriptions. Constructed in the third century by the Roman Emperor Caracalla, the baths were built around three principal rooms: the caldarium (hot bath), the tepidarium (warm bath) and the frigidarium (cold bath). The baths were in use up until the eighth century when they were destroyed by fire leaving only the ruins of the basement and first floor. Whilst only ruins, these Baths are remains of ancient history and therefore the aura of wonder and mystery that surrounds them is palpable.