The Story of Kürşat Olive Oil 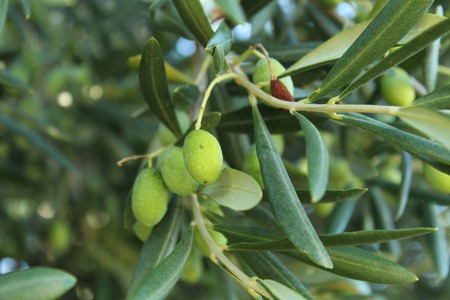 Ayvalık, a seaside town on the northwestern Aegean coast of Turkey, is famous for its production of olive oil. Ayvalık and its numerous islets have an abundance of olive oil trees, which are used to make some of the best oil in the country. Out of all the local brands, the family-run business Kürşat is one of the main standouts, not only because of their high quality product, but also due to their eco-friendly methods.

The origins of the Kürşat family go back to Crete, where olive trees were cultivated and olive oil was produced for many years in the village of Ayorya. Having exported their oil to many countries in Europe, the family moved to Ayvalık in 1923, where they continued the same olive cultivation and production, becoming one of the region’s prominent names in the business.

Having taken over the trade from their grandparents, the youngest generation of the family currently oversee the small family mill and ancestral groves. In 1998, Kürşat opened its first store in Ayvalık, later opening two more stores (one in İzmir, the other in Istanbul). Kürşat stands out for its eco-friendly practices, with the entirety of their olives arriving from their own groves. Their monoculture production results in top-quality olives that are hand-picked (so as not to bruise the trees) when they are ripe enough for early harvesting. With a harvest that lasts from October until January, the olives are picked and pressed on the same day.

At the small family mill, big yellow crates arrive filled with olives as the stainless steel machines do their work of turning fruit into oil. Kürşat’s factory is entirely self-sufficient, with waste material sent away to be converted and used as fuel. At the Kürşat boutiques you’ll be able to buy naturally cured black olives, naturally pickled green crushed olives, sauces, tapenades, and natural olive oils soaps. As for the olive oil, it comes in many varieties: from filtered extra virgin olive oil (plain or with herb infusion such as rosemary or St. John’s Wort) to unfiltered olive oil.

All of Kürşat’s products are natural and contain no additives, and for a unique flavor, seawater is added to the olive production period. From 500ml to 5000ml, Kürşat has olive oil aficionados covered while also selling household products such as spoons and cutting boards made from olive tree wood.

If you’re wondering how the family uses their olive oil in the kitchen, make sure to drop by Ayna, the Kürşat family restaurant in Cunda. Much like their beautiful boutiques that abide by a simple island aesthetic, their restaurant offers unique recipes made exclusively from fresh and local island ingredients and their own olive oils. From sea bass marinated in lemon juice to Cretan-style baby zucchini and sardines wrapped in vine leaves, everything about Kürşat is an extension of Ayvalık’s stunning natural world and all its bounty.