The Story Of Boza, Turkey's Favorite Winter Drink (And Where to Try It) 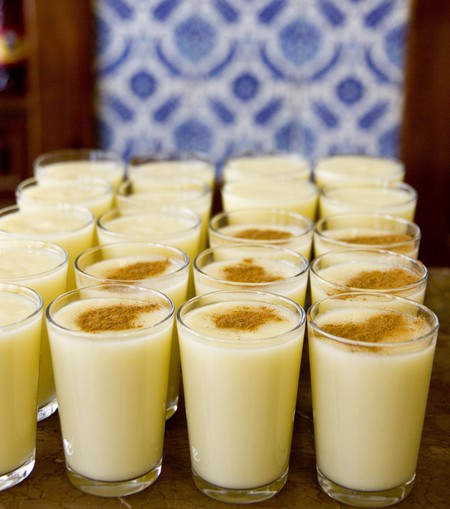 One of the most popular wintertime drinks, boza is a fermented beverage that has a history in Turkey but also in countries such as Kazakhstan, Kyrgyzstan, Albania, Bulgaria, Macedonia, Montenegro, and Kosovo. We took a look at the tradition of drinking boza in Turkey, as well as the best place to get your hands on this particular drink that’s a bit of an acquired taste.

Fermented drinks from cereal flour or millet first made their appearance during the 9th and 8th millennia BC during the time of the native Anatolians and Mesopotamians. During the 10th century, the drink gained the name ‘boza,’ and became popular among the Central Asian Turkic people, later spreading to the Caucasus and the Balkans. Under the Ottoman Empire, where everything related to the culinary world flourished, boza also enjoyed its golden era. 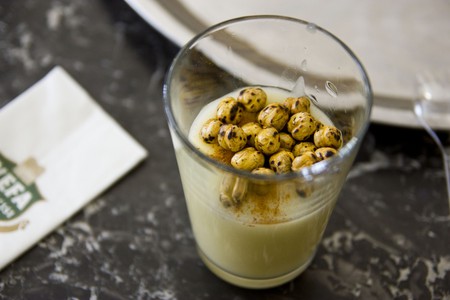 Due to a very low but present level of alcohol, the drink faced some problems in the 17th century when Sultan Mehmed IV prohibited the consumption of alcoholic drinks including boza. After this ruling, the prohibition was reinforced and loosened several times over the course of history, until a sweet and non-alcoholic version was introduced in the 19th century and became much more popular than its sour and alcoholic predecessor. It was during this time, 1876 to be exact, that brothers Hacı İbrahim and Hacı Sadık established a boza shop in Istanbul’s Vefa district that continues to serve the city’s most iconic boza. When Vefa Bozacısı opened, it quickly became a favorite among the sultans and the aristocrats that used to inhabit the neighborhood. Run by the original owners’ great-great-grandchildren, Vefa Bozacısı is still the most nostalgic place in Istanbul to try the drink in all its traditional glory. In the shop you can even find the glass dating to 1937, which was used by Mustafa Kemal Atatürk, the founder of the Turkish Republic.

Boza is made from hulled millet that is boiled in water and then poured into pans in order to be cooled. Once it’s sieved, water and sugar are added to the mixture, and a very sweet yet tangy flavor emerges. Boza is served with a spoon because of its thick consistency and is a bit of an acquired taste. The drink is always topped with cinnamon or leblebi (roasted chickpeas). In the winter, wandering peddlers begin to sell boza in certain neighborhoods with a large canister in tow as well as their iconic call that brings anyone in the mood for boza to the window. In his novel A Strangeness in My Mind, even Orhan Pamuk alludes to this romanticized memory of the boza seller who wanders the streets and calls out ‘Boo-zaaa!’ The novel follows the life story of main character and boza vendor Mevlut Karataş who arrives in Istanbul when he’s 12 and grows up in a city that is rapidly changing all around him.

Boza in Vefa | © William Neuheisel
Give us feedback