The Rise and Rise of Turkish TV 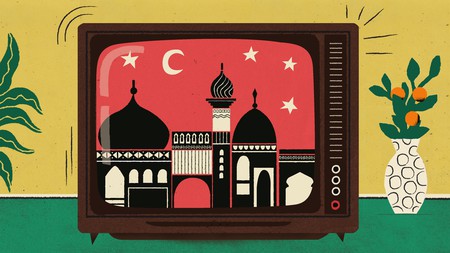 More popular than Scandi noir. Bigger than British dramas. And even giving American heavyweight programming a run for its money. Turkey is gradually becoming a global television superpower.

Turkish television – an appealing blend of social issues and strong cultural themes – is one of the most buoyant entertainment industries in the world. In fact, the country is now only second to the US in terms of biggest TV show exporters, having overtaken Brazil and Mexico.

The ongoing boom period, which remains largely unknown to the majority of casual viewers in the West, began in 1999. Since then, Turkish drama serials – which are the most popular form of TV in the country – have been seen across the rest of the world by billions of people.

To put this surge into context, in 2004 Turkish TV exports were worth $10,000. By 2017, that figure grew to $350 million. The aim, according to Turkish Exporters Assembly (TİM) head Mehmet Büyükekşi, is to hit the eye-watering sum of $2 billion by 2023 for what he calls “cultural exports”, with TV dramas expected to make up over half that total.

Big-hitters like mob thriller Çukur (The Pit) and the more soap opera-style drama İstanbullu Gelin (The Bride of Istanbul) are currently the highest earners in Turkey, but are far from the first to make an impact.

In 1999, Deli Yürek became the first programme to be sold abroad, heralding a wave of shows that made inroads into the Middle East.

However, the decision to dub programmes into Spanish opened up a whole other, less expected, market: Latin America. The telenovelas popular in Spanish-language countries are constructed in a similar way to a lot of Turkish dramas and share social values. The first series to be dubbed specifically for a Latin American audience, in Chile to be precise, was Binbir Gece (Arabian Nights), retitled Las Mil y Una Noches (1001 Nights).

But it was Muhteşem Yüzyıl (Magnificent Century), an epic historical drama launched in 2011, that found audiences beyond Latin America and the Middle East. At its peak the series, which tells the story of 16th-century Ottoman sultans, was broadcast in over 40 countries with more than 200 million viewers worldwide.

But while Turkey is making wonderful shows, according to Walter Iuzzolino, curator of Walter Presents – a UK-based streaming service that specialises in foreign-language programming – success in the English-speaking world remains elusive.

“The problem, like in China, is that when a show is successful they run for ages. You reach out and ask for the best examples and are sent something that is over 200 episodes long,” he says.

British audiences, and Western audiences in general, have become accustomed to binge-watching shows of a much shorter episode count. Not only that, but Turkish TV shows tend to be longer per episode too, meaning that viewers who are not used to the lengthier format can find it difficult to invest the requisite time in the series.

The problem isn’t with the shows themselves, or even the viewing habits of the local territories, but more that popular streaming platforms have trained audiences in certain parts of the world to expect a particular type of programme. In America, this means high-intensity dramas, including HBO’s The Wire and The Sopranos, are delivered in about a dozen hour-long chunks per season. The UK has also seen shows such as Bodyguard succeed using a similar format.

And yet, in 2018, the startling upward trajectory of Turkish television prompted Netflix to launch its first self-produced Turkish series. The Protector is set in Istanbul and tells the story of a shopkeeper who discovers he has superpowers. The drama’s 10-episode format is more in keeping with what Netflix audiences are used to. The 40-minute runtime of each instalment of The Protector is dwarfed by the length of the average episode made by Turkish channels, where two hours is considered to be the minimum. The experiment by Netflix appears to have been successful with a second season of The Protector announced and more Turkish dramas in the pipeline.

The ongoing success of Turkish television has ignited a wider conversation around how the small screen can help rejuvenate the local film industry, which has faded since its its heyday in the early part of the 20th century.

That conversation, like all the best stories, is to be continued.