The Oldest and Grandest Market in the World 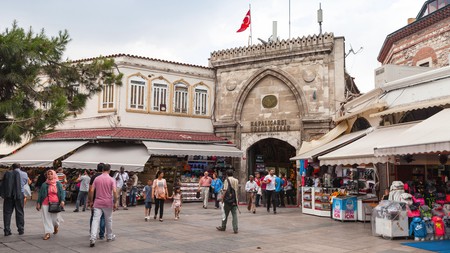 Markets are as old as time – a place to bag a bargain and haggle with your vendor – and the Grand Bazaar in Istanbul is the oldest of them all. Culture Trip looks at the history of this hallowed marketplace, one of the world’s most visited attractions. 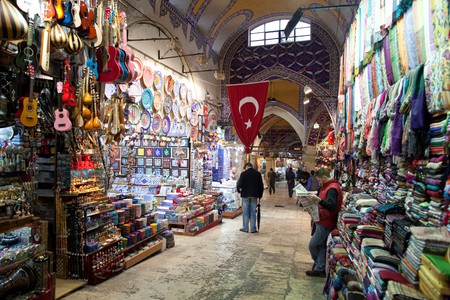 Markets come in all sorts of guises, depending on what part of the world you’re in. They’re known as souks in Arabic, bazaars in Persian, mercados in Spanish or pelengkes in the Philippines.

Documented examples of zones dedicated to trade have been found in Middle Eastern, Asian and European cities from 3000BCE. It’s somewhat satisfying, then, that the Grand Bazaar sits in a location famed as the bridge between these three continents.

The Grand Bazaar is a labyrinthine indoor market that winds through 61 covered streets. The architecture of the vast network of buildings means that vendors can set up shops built into the archways and walls. As this structure varies from the traditional marketplace where vendors tend to bring in products on their own mobile stalls, some people have labelled the Grand Bazaar as the world’s first shopping mall. 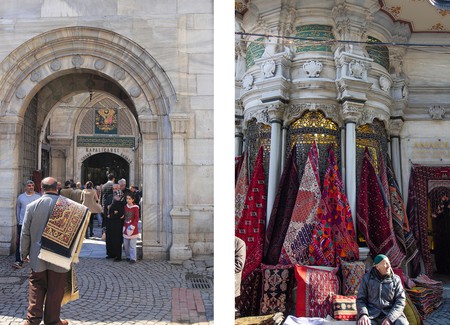 There are more than 4,000 shops in the bazaar that are spread over an area of 30,700sqm (330,452sqft). Construction of the first phase of the bazaar began in the winter of 1455 and took five years to complete. It was part of an economic initiative to boost trade after the Ottoman conquest of Constantinople, and as the empire grew, so did the bazaar. The city became a major stop on the trading route between Europe and Asia, and travellers who had been all over the world commented that the bazaar was unrivalled in terms of the variety and quality of goods it had on offer. For a long period each of the streets was named after the goods they sold and not all of the market was covered.

Several fires have ravaged the bazaar since it was first built, and these combined with some notable earthquakes have shaped the structure into what it is today. The bazaar also saw a dramatic downturn in fortunes thanks to advanced manufacturing techniques evolving in the West. The fall of the Ottoman Empire added to the decline in popularity of the bazaar.

The rise of the Grand Bazaar

The bazaar was never meant to be a tourist attraction. It was built as a formal place of business where people could quickly find the goods they needed. However, as various parts of the building were rebuilt after each fire and earthquake, it began to take on a maze-like structure. Businesses were no longer collected together based on what types of goods they were selling and so the shops and stalls began to take on a more picturesque appearance as vendors tried to stand out from one another. 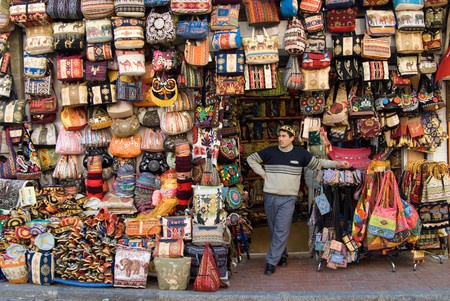 The other thing the Grand Bazaar is known for apart from its spectacular appearance, is the sound of aggressive haggling and bartering. This method of trading is actually quite a modern tradition, as during the Ottoman era many of the prices were fixed. Today, you will be warned by almost everyone you meet on the way to the market that you should never accept the first price quoted for any goods in the bazaar.

More than 250,000 visitors explore the bazaar on a daily basis making it one of the most-visited monuments in the world today. Unfortunately the global Covid-19 pandemic caused the bazaar to close for a number of weeks in 2020, and only when international tourists return to Turkey will we see the bazaar return to its former glory.