The Noise of Istanbul Is Replaced by the Sound of Silence 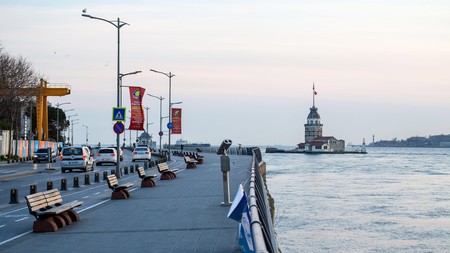 Stillness isn’t usually a quality you would associate with Istanbul, a city whose inhabitants officially number just over 15 million.

Far greater than the everyday sounds that come from a typical city going about its business, Istanbul is known for its noise. Vendors roam the streets shouting their wares, while oil tankers blast their horns as they move through the Bosporus. And everything is punctuated by the five daily calls to prayer emanating from thousands of minarets in the city. 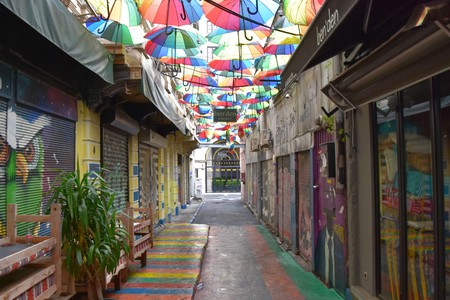 As I walk along the normally chaotic seaside in touristic Eminönü and the trendy streets of Karaköy on the European side of the city, only the call to prayer remains. It rings sharply and eerily throughout the streets, bouncing off surfaces it would usually never reach. The smells of these neighbourhoods’ famous grilled-fish stands and excellent cafés are gone entirely, replaced by the scent of wet pavement and stone. The ambience hangs like an ill-fitting shirt after a dramatic change in diet. Making my way through streets that have been properly buzzing for centuries, the magnitude of the crisis begins to seep in like the cold, damp April air.

Life back on the Asian side of the city where I live has changed significantly in recent weeks. When schools began closing their doors and moving lessons online in early March, the streets of Kadıköy and Bostancı, popular Asian-side neighbourhoods, were still relatively lively. Local parks and seaside areas were full of people running, cycling and even having picnics. Now, park gates are locked shut, and group gatherings are banned. Confronted with the rising number of Covid-19 cases and deaths, the city has retreated indoors to attempt to continue life as best they can. 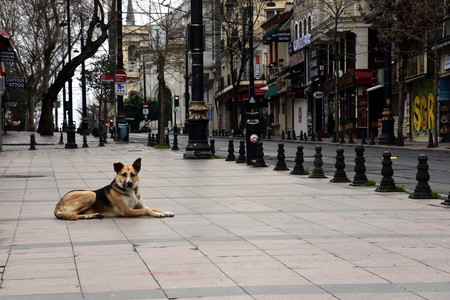 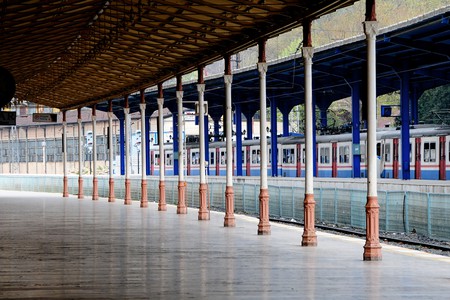 I count myself fortunate. I’m able to sustain a kind of normality from home, delivering lessons to university students online. Nearly a month has passed since I ventured out for anything other than food. My small balcony provides a respite and a view over the neighbourhood, where, as I write this, a father and son play catch in the car park of the building opposite.

Travel plans for everyone I know are on hold indefinitely. Even without the Turkish government’s travel ban to and from a total of 68 countries, nobody is rushing to leave their neighbourhood.

The feeling that pervades Istanbul is now a blend of caution and suspicion. As people pass each other on the way to the market, they exchange glances that convey both fear and empathy. Everyone’s ears are uniquely tuned to the sound of coughing or anything else that might indicate illness. 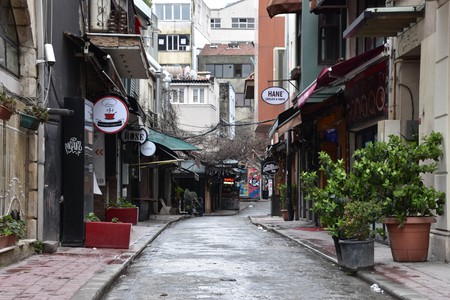 As with many other European cities, food and drink establishments in Istanbul remain closed | | © Eric Beyer / Culture Trip

It’s not all apprehension and dread, however. In a show of support for all those involved in aiding people during the crisis, the head of Turkey’s Health Ministry, Dr Fahrettin Koca, called on citizens to applaud and cheer from their balconies at 9pm from 19-21 March. People listened.

Neighbourhoods erupted with the sounds of clapping, whistling, shouting and pots and pans banging together. It was an uplifting show of solidarity set starkly against the dour silence of social isolation.

Meanwhile, authorities are implementing measures to keep the virus contained. On 21 March, the government ordered anyone aged 65 and older (and those with chronic illnesses) to stay inside. A similar order followed suit on 2 April for those aged 20 and under. 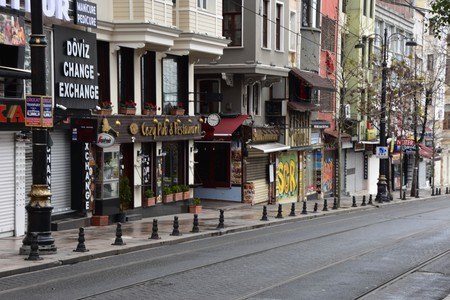 Istanbul received a record-breaking 5.5 million tourists in 2019, but it remains to be seen when travellers will return to the city | | © Eric Beyer / Culture Trip

Mask usage is now mandatory in markets and local bazaars. To help ensure communities have access to these, the Health and Public Transport Ministries have announced that citizens can apply to their local post office branch for a total of five masks per person, per week to be delivered in the mail free of charge. Gas and electricity companies have stopped sending workers out to read meters and deliver bills, reducing the exposure workers and building tenants face. Istanbul mayor Ekrem İmamoğlu’s local government is also preparing portable hospitals in neighbourhoods throughout the city in case hospitals exceed their capacities. Such preparations are both reassuring and sobering. Covid-19 still casts an uneasy shroud over the country. People here, like everywhere in the world, are wondering what the future holds.

Thankfully, this crisis has reminded us of the good in each other as well. The genuinely heartwarming three-day show of appreciation for Turkey’s health workers ended weeks ago, yet many neighbourhoods have opted to extend this expression of gratitude. Even now, you can open the windows at night and hear applause and cheering, sometimes near, sometimes distant. It’s a fitting symbol of the perseverance of the human spirit during this unprecedented time. However frightening Covid-19 reveals itself to be, it has also brought out the very best in us, and it is the best in us that will carry Istanbul, Turkey, and the world through these trying times.