The History of Istanbul's Blue Mosque In 1 Minute

The Blue Mosque, or the Sultan Ahmet Mosque, is one of Istanbul’s most iconic historic sights and an essential part of the city’s skyline with its six magnificent minarets. Captured by tourist lenses a thousand times over on a daily basis, the historic religious complex also exudes one of Istanbul’s most reverberating calls to prayer six times a day.

Want to explore Turkey’s vibrant bazaars and rocky valleys? Book TRIPS by Culture Trip’s 12-day small-group tour, where you’ll stop at key historical sights and glide across the landscape in a hot-air balloon. 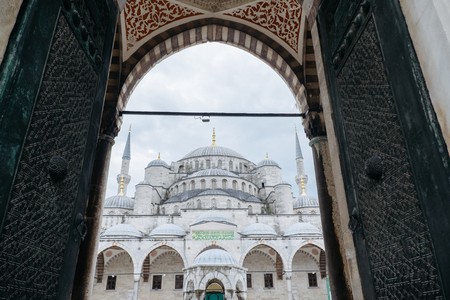 After the Peace of Zsitvatorok (which ended the Fifteen Years’ War between the Ottoman Empire and the Habsburg Monarchy) and the empire’s loss in the 1603-1618 war with Persia, Sultan Ahmed I was looking for ways to boost morale. The Sultan Ahmet Mosque, built between 1609 and 1616, was meant to reassert Ottoman power even though Ahmed I had to procure funds from the treasury since his lack in victory also meant a lack in spoils of war. 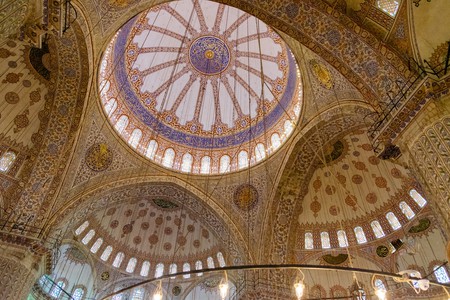 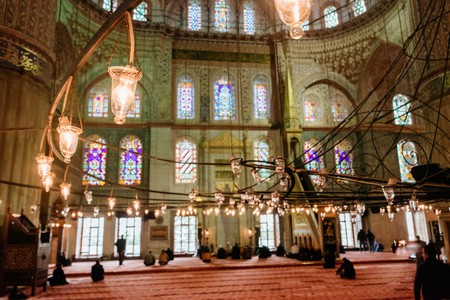 So why is Sultan Ahmet Mosque also called the Blue Mosque? Because its interior is lined with more than 20,000 handmade İznik tiles, a ceramic that is turquoise in colour with red tulip designs. The mosque’s upper levels are also painted blue, with natural light flooding in from the more than 200 stained-glass windows. 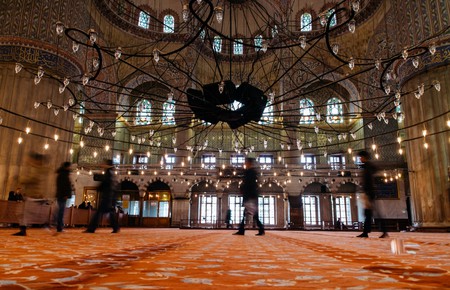 There are only three mosques in Turkey that have six minarets and the Blue Mosque is one of them. It is said that the architect misheard the Sultan’s request for “altın minareler” (golden minarets) for “altı minareler” (six minarets). At the time only the mosque of the Ka’aba in Mecca had six minarets, and in order not to appear presumptuous, the sultan ordered another minaret to be added to the Mecca mosque. The structure is most inspiring during the evening call to prayer, when the mosque is illuminated by lights.