The Black Sea Region’s Most Important City: What to See in Trabzon

Trabzon is the capital city of the Trabzon province and one of the Black Sea region’s most important areas due to its many historical remnants and beautiful natural landscapes. From monasteries to mountain villages, fortresses to churches, there’s plenty to see in this town that’s yet to be discovered by visitors.

The former capital of the Empire of Trebizond, Trabzon was historically known as Trebizond and served as an important port city with Persia in the southeast and the Caucasus to the northeast. Its location on the historic Silk Road also meant that it was a meeting point of religions, languages, and cultures for many centuries. Nowadays, the city and its province are dotted with the remnants of this rich past, including beautiful churches, monasteries, fortresses, and much more. Make sure to see these sights when you visit Trabzon.

Certainly one of Trabzon’s most important sights, the Sumela Monastery is quite the amazing structure as it’s tucked right in a steep cliffside overlooking the beautiful natural landscape. Dedicated to the Virgin Mary, the Greek Orthodox monastery, built in 386 AD, is at an altitude of 1,200 meters (3,937 feet) over the Altındere National Park.

Located in Trabzon city, the Trabzon Castle’s foundations date back to the Byzantine era. The beautiful and historic structure is composed of three fortresses, and experts believe that the uppermost part dates back to 2000 BC when it served as an acropolis. Alexios II of Trebizond built the middle and lower fortresses, while the tuğra (signature) of Ottoman sultan Mehmed II is visible at one of the gates. 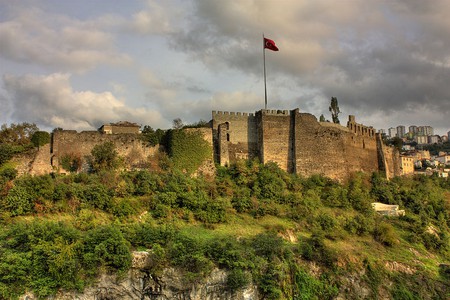 Also located in Trabzon city, this former Greek Orthodox church was converted into a mosque in 1584 but dates back to 13th century when Trabzon served as the capital of the Empire of Trebizond. The historic structure, located close to the sea, is now a museum and considered one of the most beautiful examples of Byzantine architecture. 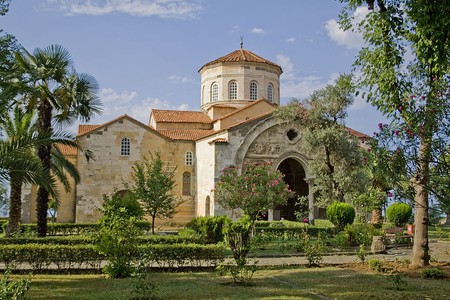 Historians believe that the income earned from the Vazelon Monastery, built in 270 AD, went toward the construction of the Sumela Monastery. Once the wealthiest Greek Orthodox monastery in the region, the structure’s frescoes, depicting scenes from the Last Judgment, continue to exude great beauty. After being razed many times by the Persians and Turks, it was completely destroyed in 1922, which left it in its current dilapidated yet still fascinating condition.

Built as a summer home for a notable Greek banker in 1890, this beautiful mansion (designed by an Italian architect) was later the place where Mustafa Kemal Atatürk himself would stay in 1924. In 1987, the home became a museum of archaeology and ethnography. 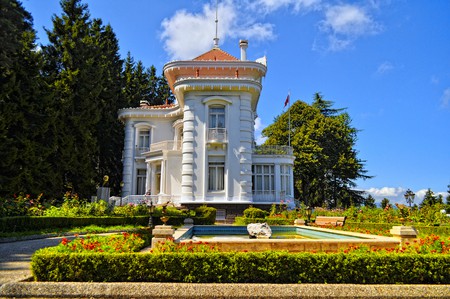 Located south of Trabzon city, Uzungöl is one of the most popular places for urban dwellers to spend some much needed time in nature. A lovely village surrounded by green mountains with a large lake in the middle, Uzungöl is a perfect place to relax and do some hiking. 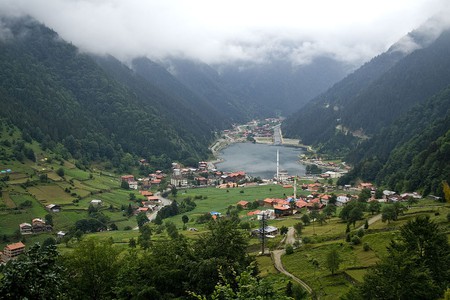