The Best Ways To Get Around Istanbul 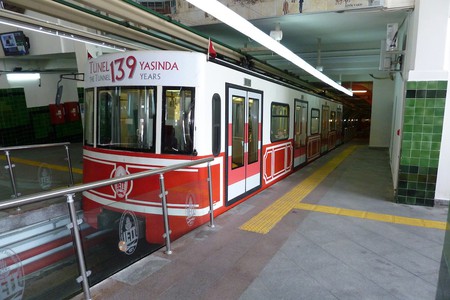 With traffic that might as well be described as the tenth circle of hell in Dante’s Inferno, Istanbul’s various modes of transportation may be crowded, but they serve as a savior in disguise. Get to know all the buses, ferries, and trains that will take you to your destination without getting stuck in eternal traffic.

The vapur (ferry) is the best way to get from the European to the Asian side (or vice versa) when the bridge is absolutely full of cars. Rush hour starts at around 8AM and ends 6PM on weekdays, so lots of people commuting to and from work prefer to glide over the Bosphorus instead. There are three main ferry stations on the European side: Beşiktaş, Kabataş (currently under construction) and Karaköy. There is also Eminönü, from where ferries go directly to the Kadıköy Ferry Station on the Asian side. You can check out the timetables for all Istanbul ferries (including Bosphorus tours) via the Şehir Hatları website. As an alternative, the Ido and Dentur Avrasya deniz otobüsleri (sea buses) also take off from Beşiktaş and Kabataş and go to different areas of the Asian side, as well as the islands. 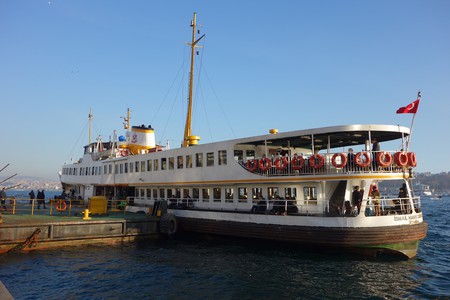 The metrobus definitely has its pros and cons when it comes to its reputation. At first glance it’s a great alternative, because the metrobuses have their own lanes, allowing them to drive right through the traffic, taking passengers all the way from one end of the city to the other (see map). However, because the metrobus makes frequent stops, it’s also infamous for its packed-to-the-limit rides, so expect to get uncomfortably close to other passengers and prepare for potentially low personal hygiene standards. 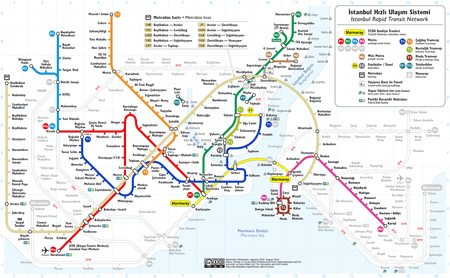 Istanbul’s metro system has grown at an incredible rate over the last years, with more lines currently in construction set to open in 2018. Even though the metro lines can get very crowded during rush hour, they are one of the best alternatives for getting around. The European side has plenty of metro lines that connect all the major neighborhoods. Make sure to ride Tünel, which connects Karaköy and Beyoğlu and is the world’s second oldest subterranean urban rail line (inaugurated in 1875).

It was a pretty big deal when Marmaray opened because of its rail tunnel that goes under the Bosphorus strait. At the moment, Marmaray only runs from Kızılçeşme on the European side to Ayrılık Çeşmesi on the Asian side, but it’s already become quite the popular alternative for avoiding the bridge. During construction, Byzantine shipwrecks dating from the fifth to the eleventh century were discovered (something that happens often in Istanbul) setting back the opening date by four years. If you do plan on taking the Marmaray, make sure to check out the old Sirkeci train station for a taste of the past before you get on board this brand new mode of transportation. 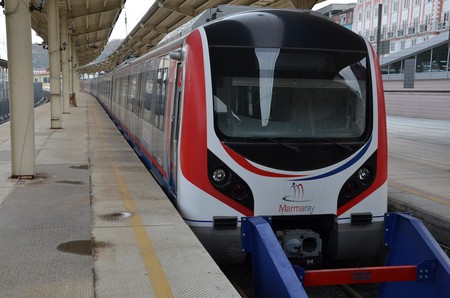 You’ll soon realize that there are taxi cabs all over Istanbul just driving around empty, looking for passengers. If the traffic isn’t at its peak, cabs are a good way to get around if you’re feeling a bit lazy. Make sure to get into a cab that has a logo on its car doors, which means it’s connected to a taxi stand, which eliminates the chance of getting swindled. If you want to be extra careful, use the BiTaksi app, which sends the nearest trusted cab your way. 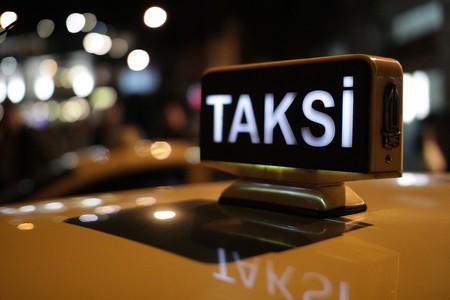 Taxi Sign in Istanbul | © Martin Terber/Flickr
Give us feedback