The Best Turkish TV Shows of All Time 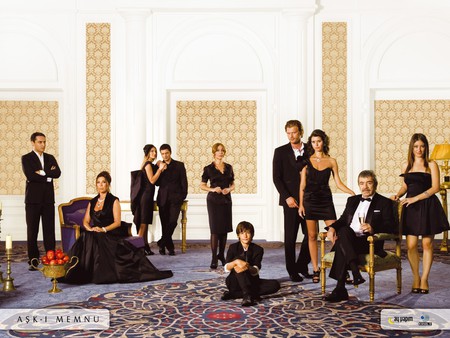 Turkey’s most famous sketch show was created by Levent Kırca in 1986 and went strong for twenty years. Olacak O Kadar’s sketches were famous for their humour that always poked fun at the country and its people.

One of the longest-running Turkish TV shows, Bizimkiler took an honest look at people who lived together in the same neighbourhood. Because there wasn’t much variety in terms of television shows in Turkey in the eighties, Bizimkiler reached a huge audience and left quite the impact.

Another successful TV show that premiered in 2011, Leyla and Mecnun is a comedy series that is based on the poetic love story of Layla and Majnun. Leyla and Mecnun are born in the same hospital, and later, when the two meet again, Mecnun falls in love with Leyla, who is from an upper-class family and leads a life quite different than his.

One of the most popular TV shows among the younger generation of Turks due to its iconic humour, Kardeş Payı was a sitcom about two brothers who work as plumbers but also want to somehow make the world a better place through their inventions.

One of those shows that most Turkish people remember from their childhoods, Süper Baba follows the story of a father who struggles to maintain a strong relationship with his children after his wife leaves him.

A very popular Turkish sitcom that aired between 2004 and 2009, Avrupa Yakası was about the very funny tribulations of Aslı, an editor at a fashion magazine called Avrupa Yakası, and her brother Volkan, her family and her colleagues.

One of the most successful crime shows in Turkey, Kurtlar Vadisi, is about a Turkish agent who takes on an assumed identity in order to infiltrate the mafia and all the ensuing danger that it entails.

Of course, no mention of Turkish TV shows would be complete without talking about Muhteşem Yüzyıl, the very successful historical fiction series based on the life of the grand Ottoman Sultan, Süleyman the Magnificent, and his wife, Hürrem Sultan.