The Best Things to See and Do in Tokat, Turkey 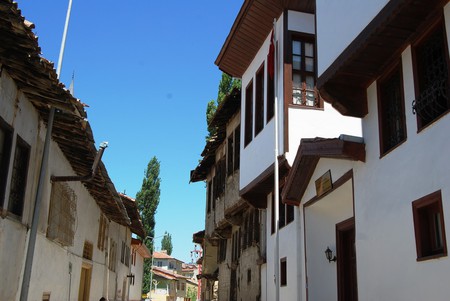 A visual medley of historic mosques, mansions, hamams, and caravanserais, Tokat is one of Turkey’s hidden wonders where history buffs will really get their fill. Here we round up the best things to do and see in this beautiful Turkish town of major historic worth.

A grand trading center that hosted the likes of the Hitties, Phrygians, Medes, Persians, the Empire of Alexander the Great, the Kingdom of Pontus, the Romans, the Byzantines, the Danışmend Turks, the Seljuks, and the Mogol İlkanhids, Tokat is one of Turkey’s most unique historical sights. One of the best things to do is to simply get lost among the many winding streets and discover one sight after the other. But while you’re in town make sure to see these sights.

Located in the gorgeous Arastalı Bedesteni, a covered market that was restored to its full former glory, the Tokat Museum has a fantastic collection of Bronze Age and Hittite artifacts as well as ceramics from the Phrygians, Hellenic jewelry, Roman tombs, and the icons and relics that were saved from the town’s historic churches. A great way to really understand the region’s amazing history, you’ll be happy to know there is plenty of information in English. 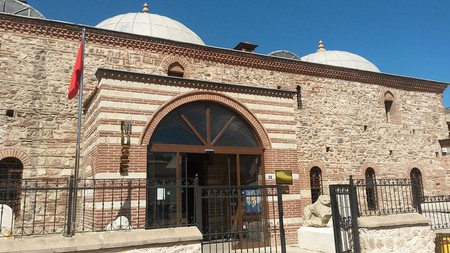 You’ll definitely have to see all the amazing sights that are packed into Tokat’s most important street. With the dilapidated historic buildings to steer your path, walk past the historic Ali Paşa Camii, which dates back to 1572, check out the Ali Tusi Türbesi, built in 1233, to appreciate the Seljuk work that stands out with its blue tiles. Continue walking to discover the 17th-century Ottoman Sulu Han (Sulu Caravanserai) composed of brick and wood with a turquoise and white interior. Right after this lovely structure you’ll find the Takyeciler Mosque from the 16th-century with its nine domes. If that doesn’t suffice, across the road you’ll find Tokat’s most beautiful Yağıbasan Madrasah from 1152 and the deeply impressive Deveciler Han, a giant Ottoman caravanserai and certainly Tokat’s finest. 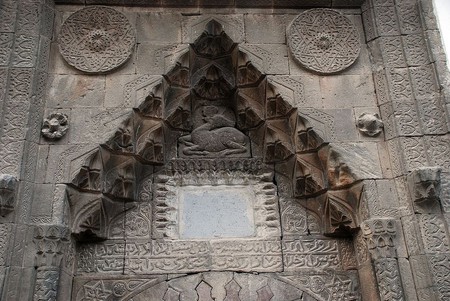 Another important museum in Tokat is the Mevlevihane, a restored dervish lodge built in 1613 that has plenty of exhibitions that tell the story of the dervish. Surrounded by Ottoman houses, the museum is a quiet retreat where you’ll find illustrated Korans and prayer carpets from historic mosques from all over the region as well as dervish paraphernalia. Just outside, you’ll also come across Tokat’s Ottoman Clock Tower, which stands out with its numbers that are still in Arabic. 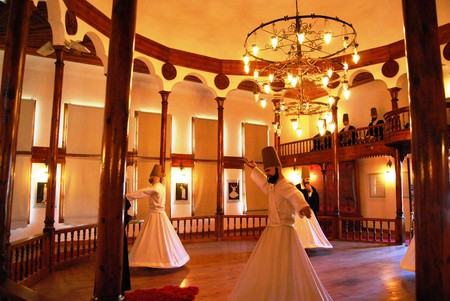 One of Tokat’s most beautiful mosques is hidden amongst the historic Ottoman houses at the foot of the castle hill. Make sure to go inside Ulu Cami to see its ceiling, a beautiful medley of colors and the floral motifs on the arches. 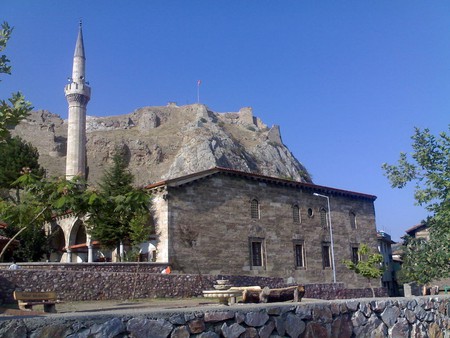 Tokat Mosque | © cankurtaran/WikiCommons
Give us feedback